Perm Sea — the solution of antiquity

The Perm Sea is not on maps, because it existed in antiquity, somewhere around 285 million years ago. This was the era of the Permian period. At that time the sea stretched on the Russian plain from the Ural mountains and to the Caucasus.

In the warm sea, algae, corals, polyps formed coral reefs, and they attracted brachiopods and bivalve mollusks. The inhabitants of the bottom were sea urchins, trilobites and gastropods. Numerous species of fish and cephalopod mollusks inhabited the water column.

On the shores of the Permian Sea there was a lot of vegetation of that period. In the thickets lived ancient amphibians, cotylosaurs and zverozuby lizards. Over time, the climate became drier, and the sea grew shallow, and then completely disappeared. Although traces of its existence have remained — it is a deposit of minerals, oil and gas.

Thanks to the Perm Sea in the city of Solikamsk there are huge salt deposits, which total 3.5 million tons of potassium salts. As early as 1430, this city was founded, where they were engaged in salt mining. But about the Permian Sea at that time, no one knew anything. Only in 1841 the Englishman R. Murchison announced the Perm geological period. During the geological expedition along the Urals and the results of the research, this discovery was made. English geologists Murchison’s contemporaries, long disputed his discovery. The reason for the dispute is most likely due to the fact that the researchers never visited Russia and did not go down the seabed. 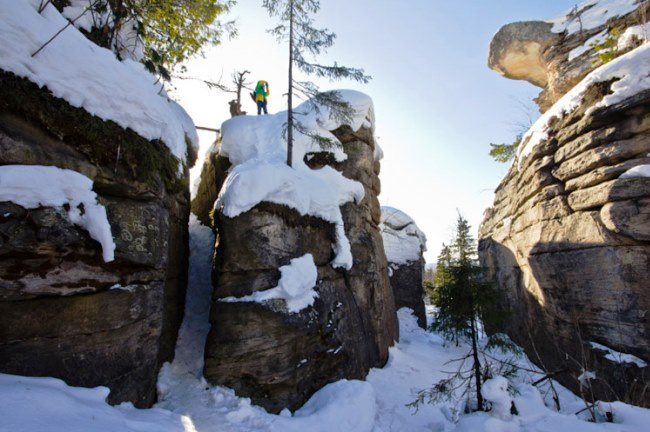 Today, the sea and the Permian period are common truths that are familiar even to a schoolboy. Scientists all over the world note the value of geological monuments of the Urals. For example, such natural monuments as the sections «Kholodny Log», «Belaya Gora», «Pickle», «Ostanets», «Nizhnaya Gubakha», «Maltsevka» and «Nizhniyaya Karpikha» — are of world importance. This is a living chronicle of our planet.