Moeraki in New Zealand and stone balls in the Vyatka forests

New Zealand, Costa Rica, Great Britain, Franz Josef Land Archipelago and Vyatka Forests — and this is not a complete list of countries and places where stone balls of unknown origin are found. All these «stones» combine one thing — they are ideal balls of different sizes. 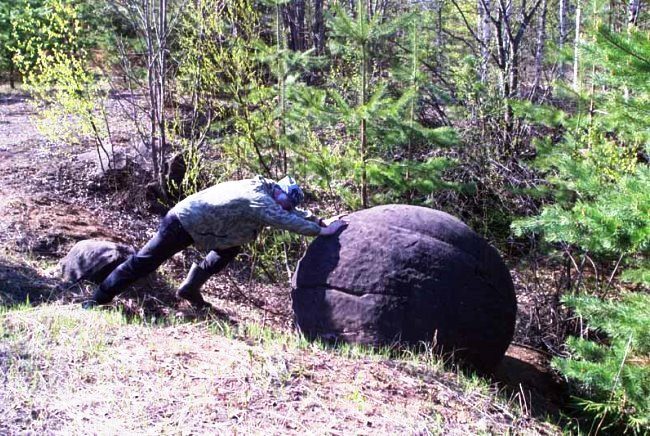 This extraordinary phenomenon of nature (whether nature?) Can be found in various places on the planet. However, no one can explain the origin of this phenomenon clearly. It’s about boulders, which are called Moeraki. Someone proves that these are fossilized dinosaur eggs, some say that they are fruits of some ancient plants, of marine origin, some daredevils hypothesize that they are the remnants of a broken UFO. And someone speaks about capsules with genetic material, a kind of eggs, because inside the stones there is something like a yolk, from which there is a thin thread outward.

The most famous and popular collection of such boulders is in New Zealand. There balls are located directly on the beach, one by one or the whole groups. Boulders (Moeraki in New Zealand) are huge and have the shape of a sphere. Approximately a third of the boulders are relatively small in diameter, from 0.5 to 1.0 meters. The greater part of the boulders has dimensions in the diameter of one and a half to two meters of twenty centimeters.

Here we have — stone balls have long been found on the islands of the Franz Josef Land Archipelago, and recently the moerarkas were discovered in the Vyatsky forests. One hunter after a snowman, making his next trip, made, it is possible to say, an opening. Wandering through the backwoods, he saw stone balls, unclear from where they appeared, at such a huge distance from the mountains. These balls were in diameter from one meter and were arranged in groups, as if they had been folded specially by someone. The stone balls in the Vyatka forests and the whole surrounding place looked like a masonry of subsequently hardened eggs, some huge prehistoric creatures. 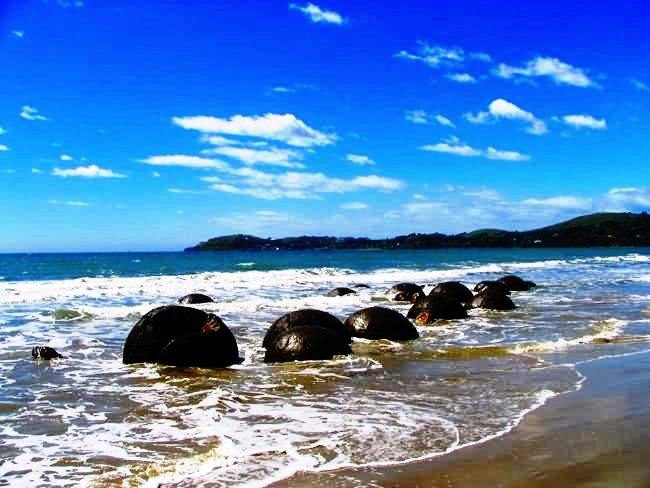 The area around is deserted, the nearest settlement is a few kilometers from this amazing place. The news of such a glade led to the fact that one local resident left the city housing and work in order to settle among these unique pebbles. He says that every day he charges himself with energy. The hermit asserts that this creation can not be offended. These stones are alive and they even grow. And not far from the place with boulders is the famous cemetery of dinosaurs, where every year, the high water brings to the shore the remains of our ancestors. Wait for what the scientists will say.