The largest volcano in the world — Klyuchevskaya Sopka

Volcanoes that are located on the Kuril ridge and Kamchatka rightfully belong to the so-called Fire belt of the Earth, occupying a significant part of the Pacific coast. It is here that there are more than three hundred volcanoes, of which about 28 are active. 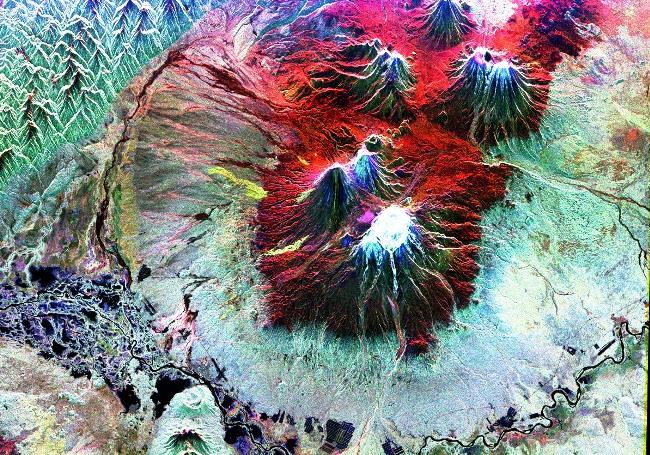 And Klyuchevskaya volcano volcano is, according to scientists of volcanologists, one of the largest in the world and this applies not only to its altitude of 4850 meters, but also due to its volcanic activity. The last not the largest eruption took place in 2009, despite the fact that the first of them was registered in 1788 by Russian researchers of this peculiar region of the globe. It should be noted that with this last eruption, its altitude has changed significantly and today its height is more than 5000 meters, which brings Klyuchevskaya Sopka to a number of the world’s highest volcanoes.

In its essence Klyuchevskaya Sopka is not one volcano, similar to the same Etna or Krakatoa. Klyuchevskaya hill consists of 70 side craters and domes, framing its main crater consisting mainly of volcanic basalt rocks formed about 7000 years ago. And the name of this volcano was given by the Russian explorer, the discoverer of Kamchatka Valery Atlasov, who studied Kamchatka with his expedition in 1697-1698.

It should be noted that starting from September 1935 near Kamchatsky hill in the village of Klyuchi, the Kamchatka volcanological station began to operate, which since then has been carrying out all the scientific research of this unique natural monument. 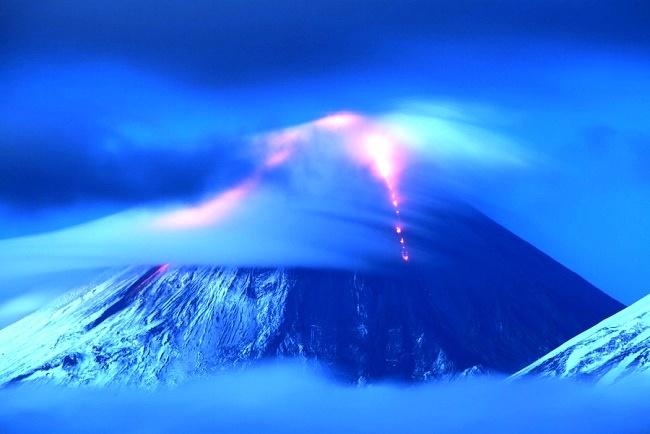 In addition, if we mention Kamchatka and the same Klyuchevskaya hill, we can not fail to mention the famous Valley of Geysers, where hundreds of water geysers that overturn hundreds of tons of hot water heated by the same volcanoes with a certain periodicity show their activity.