In the eastern part of Antarctica there is a glacier, which is considered the largest and longest on earth — the Lambert Glacier. Its width in the place where it intersects with the mountains of Prince Charles reaches sixty-four kilometers. In length, it stretched for seven hundred kilometers, true, this, together with its underwater extension, with the Aimery glacier. 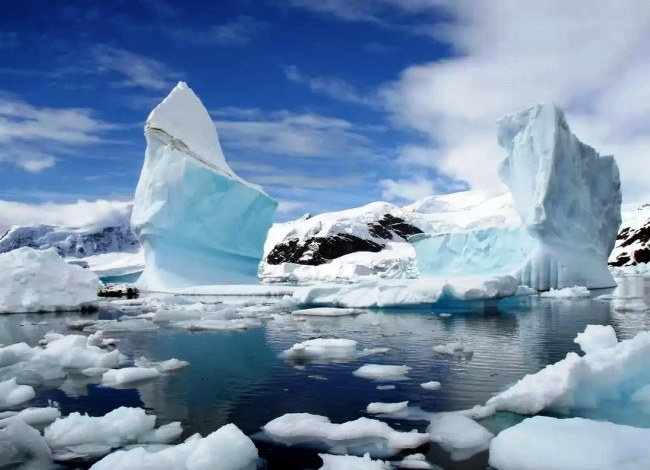 Lambert’s glacier is indeed unique. It collects ice from twenty percent of the entire Antarctic ice sheet. And scientists came to the conclusion that in the Lambert Glacier about twelve per cent of the earth’s fresh water supply is enclosed. The glacier itself is an unimaginable sight. After all, in all its splendor, it can only be viewed from an airplane, or even better from a space station.

From the ground, you can only consider its individual parts. All the glaciers differ from each other by a very small speed of movement. If to speak about the fastest glacier, then this glacier of Jakobshavn, its speed reaches seven kilometers per year. And the Lambert Glacier is not distinguished by high speeds of movement. He keeps it at around 230 meters per year.

It should be noted that although the speed of the Lambert glacier is insignificant, it annually carries to the ocean about thirty-five cubic kilometers of water. The relief of the glacier is determined by the direction of its movement, as well as by the speed of movement. The whole surface of the glacier is worn out. However, such relief ridges are practically invisible from the ground. Their existence can be determined only by a large number of cracks. 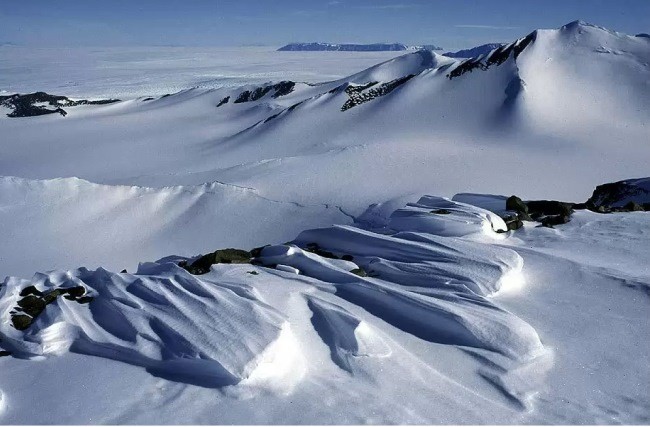 The largest cracks in the glacier are considered to be cracks near the island of Guillock. Here the width of the cracks reaches up to four hundred meters, and the length is up to forty kilometers. Shores of such cracks nature, very often connects with the help of snow bridges. However, one must have a lot of courage and strength to make such a transition.