The largest center of shipbuilding in the Russian Empire

St. Petersburg is rich in monuments of architecture and attractions. A huge number of tourists come to see the beauty and greatness of the Northern capital. One of the fine examples of classicism in architecture is the Admiralty — one of the first buildings of the left bank of the Neva, in St. Petersburg. 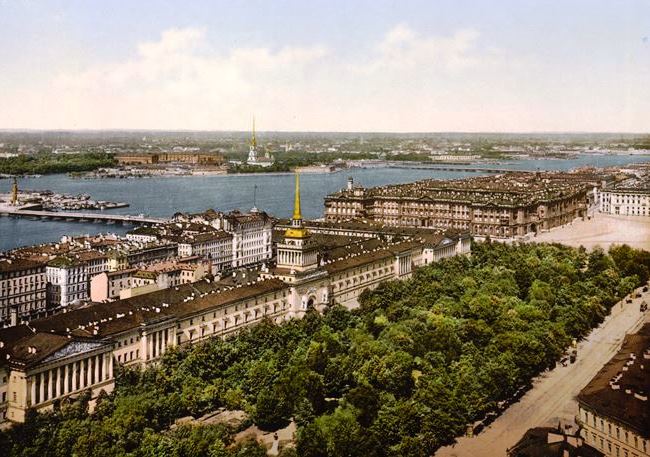 The Admiralty was built in the place where the village of Gavguevo used to stand, according to the drawings of Peter the Great himself. The place was chosen not by chance, it is not far from the Peter and Paul Fortress, and in case of seizure of the Admiralty, it could be fired from cannons of the fortress. It is also ideal for launching ships, since the Neva in this place is quite wide.

According to the first draft, it must resemble the letter «P», it had a fortress, the height of the main facade was 425 meters, and 213 meters near the walls. The construction was led by A. D. Menshikova. The main function of the Admiralty is defensive, so a moat has been built around it, and a forest has been cut down to prevent enemy attacks. We installed 108 guns. Under Peter I 263 warships descended from the Admiralty, thus, it was the largest center of shipbuilding in the Russian Empire.

In 1719 the Admiralty was rebuilt, the main tower over the entrance gates was rebuilt. There was added a spire with an apple and a ship (the authorship of Vannes Boles), which became one of the brightest symbols of Petrova’s capital, along with a copper rider and a divorced bridge over the Neva. After the building was rebuilt 2 times the spire remained unchanged. 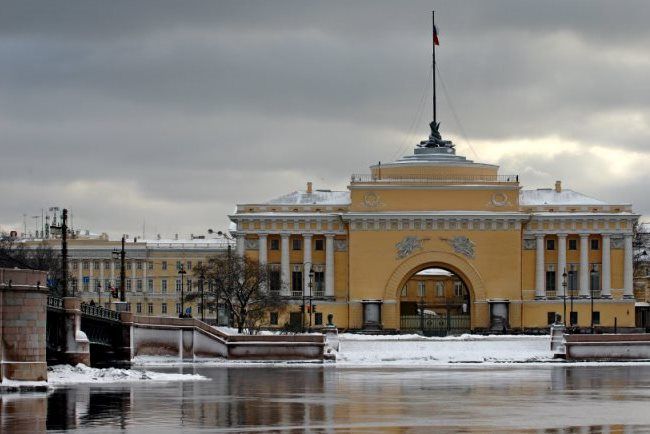 At the present time, the St. Andrew’s flag rises above the Admiralty. And this means that the naval government is present. Since the time of Peter the Great to this day, the Admiralty has not ceased to be the center of the navy, now no longer an empire, but still a great power.