The biggest flower of Moscow

The capital of the Russian state is rich in architectural monuments. A lot of them adorn the squares and parks of Moscow. Many of them were built during princes and kings, and there are also those that are the fruits of modern masters. 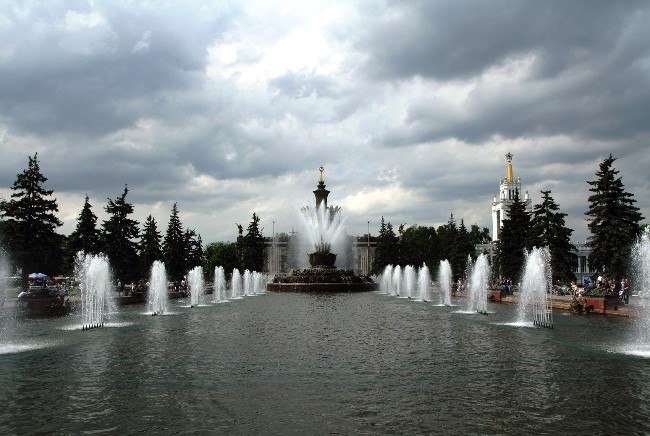 One of the most beautiful examples of Soviet art was the «Stone Flower». Under the influence of the Ural fairy-tales about the Mistress of the Copper Mountain, the master-designer of rocks and precious stones and the young master of stone affairs, who decided to get a stone flower from her, Constantine Tikhonovich Topuridze, the artist-architect created a project, whose sculptor became PI. Dobrynin. Elements of decoration of a stone bowl were joined by 3 sculptors. V. Ryleeva and Alexandrova-Roslavlevaya. To decorate the bowl, the decor from the St. Isaac’s Cathedral, made by Banifedi, was used, and it took a year and a half to do it. The cup itself was altered several times, since it disproportionate. The fountain is located on the Square of collective farms of the Exhibition of Achievements of the National Economy

Stone flower — a kind The largest flower in Moscow was the first, both in the world and in the Soviet Union, a light-musical fountain. «Festive overture» written by the famous Soviet composer Dmitry Dmitrievich Shostakovich created a unique atmosphere, and in combination with lighting effects, complementing the image of the magic fountain of the Mistress of Copper Mountain. The bowl is decorated with images of unknown birds, juicy fruits, ears and herbs, whimsically intertwined. Because they were made of bronze, they were removed, fearing embezzlement, and placed in a museum. 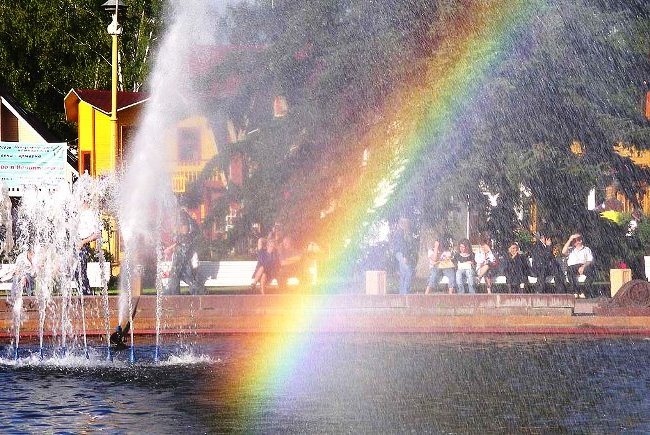 The fountain produced a furore among the masses. Muscovites and visitors went to fountain shows with great enthusiasm. The area has become a popular holiday destination.

The square of VDNKh with a fountain is a favorite vacation spot for Muscovites, and many tourists coming to the capital come to look at the «Stone Bowl». The fountain still pleases with light and musical effects.