For its time, the Tula Kremlin was equally significant and unusual. Overwhelming its strange pages of Russian history in the walls of the Tula Kremlin. Amazing neat, as if the toy beauty of the Tula Kremlin. Previously, it was quite a serious fortress, guarding the Moscow principality from the Tatar invasions from the south side for several centuries. It is built in the lowlands, and not on a hill, like a lot of Russian fortifications. So the Kremlin is unusual. 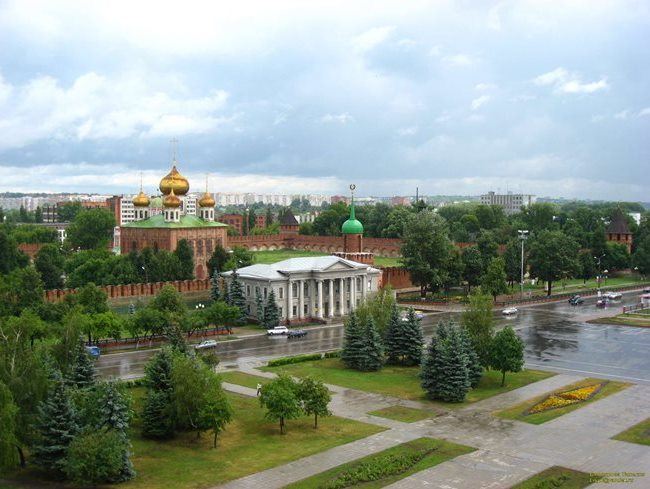 The most reliable was the situation: the rivers — Upya and Khomutovka — protected the Tula Kremlin from two sides, the swamp is covered — with the third. Surrounded by a fort ditch with water — another water obstacle. The Tula Kremlin was created for a serious task: it has walls more than 10 meters high and up to 4 meters thick, towers with loopholes. At the beginning of the XVI century the Kremlin was being built: the time is extremely vague, the attacks of the Tatars were constantly reflected.

Grand Duke Vasily III decided to build a reliable fortress, and in about 1507 the works were started. The Tatar troops so actively bothered that it was impossible to erect a reliable structure at once. First, they built wooden walls to build a fortress faster. By 1509 they were ready, and in 1521 replaced them with stone, from the inside of the wooden stone laying. 9 towers defended the finished fortress with a gate — 4 corner. For the line of walls, the towers are advanced far to improve the shelling of the enemy. Moscow and German firearms were equipped with a fortress at once, and the security of the Moscow principality from the south was very reliably ensured.

These walls survived more than 20 attacks of nomads. The enemies once occupied the city at a dangerous time, there was no garrison code in it, and ordinary citizens held back the onslaught of the besieged soldiers. Ivan the Terrible greatly appreciated the Tula cream, and Andrei Kurbsky, a talented warrior and thinker of his era, was appointed as a voivode for a while. Military value lost Tula cream during the reign of Peter the Great, since the left-bank Ukraine joined Russia. But the Tula cream chose Fred Dimitry as his residence even earlier, and the boyars swore an impostor in it. Further in the Tula Kremlin, Ivan Bolotnikov settled, and the Russians were besieged by Russians in the Tula Kremlin …. 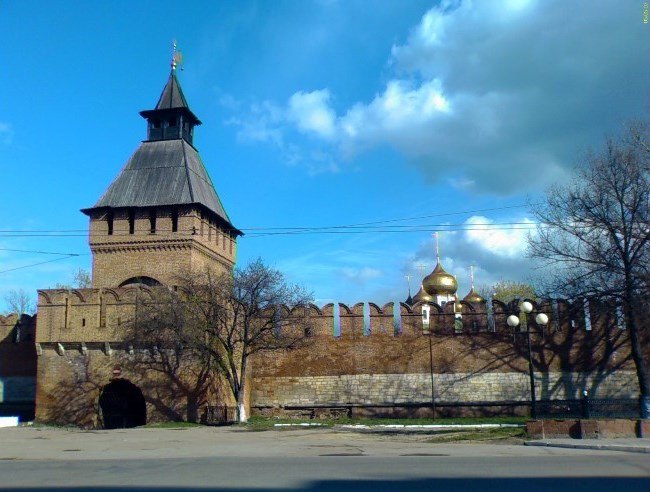 Branch of the museum of local lore the territory of the Tula Kremlin now. For tourists, both the inner cathedral of the Kremlin are attractive, there are several interesting expositions. The Assumption Cathedral is decorated with ornamentation with plant motifs, Bogoyavlensky is a sample of strict architecture. The creation of the Kremlin involved the Italians, historians suggest, but there is no evidence of such participation. Some of the details typical for Italian fortresses were borrowed by the Russian architect, and by that time the already built Moscow Kremlin could have been a model.