Set Travel > Blog > The Golden Monastery of the Buddha Shakyamuni

The Golden Monastery of the Buddha Shakyamuni

It can be said without exaggeration that one of the largest Buddhist temples in Russia and Europe, is located in the capital of the Republic of Kalmykia, the city of Elista. It was opened in December two thousand and five. For residents of Kalmykia, a new temple, is a symbol of the republic and a shrine for every inhabitant of Kalmykia. This khurul for them is like a statue of freedom for Americans. 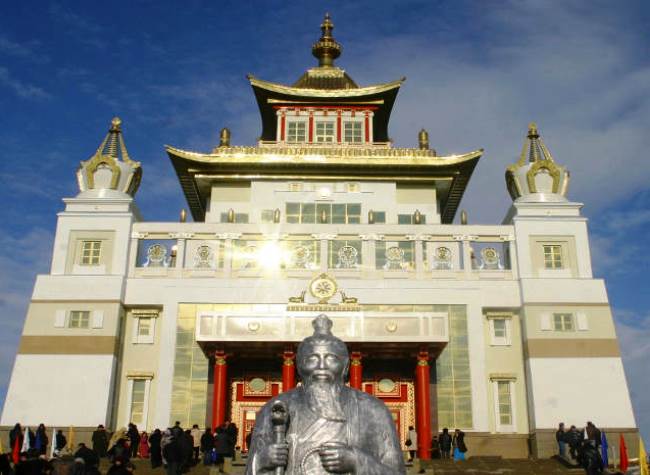 As a result of such titanic works, a temple of fifty-six meters high was formed. It accommodates the largest Buddha statue in Europe — its height is nine meters. In addition, the temple has become one of the main attractions of the capital of Kalmykia.

This is a royal building in which prayers are performed, as well as various festive divine services and rituals. A special feature of the Khurul is that white stupas are installed in the fence around the building every five meters. In total, there are one hundred and eight of them in the fence. 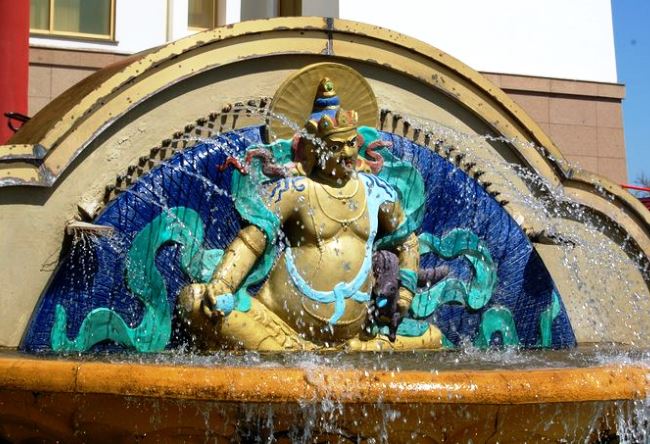 The main gate of the temple is the southern gate. In total, for the entrance to the territory of Khurul, there are four gates that are installed in strict accordance with the sides of the world. Also on the territory of the «Golden Sacred Buddha of Shakyamuni» there are seventeen pagodas, where statues of the great Buddhist teachers of the monastery of Nalanda are installed. They are placed in such a way that the temple itself is in the center, and they surround it. The very same temple consists of seven levels, which have different purposes.