Vyborg Castle is a unique structure, founded in the distant past, and has reached us in a beautiful, almost ideal state. Vyborg Castle is a monument of Western European military architecture. He has a very long and interesting story, which not only many buildings of that time can boast of. It began during the Middle Ages, in the 13th century. 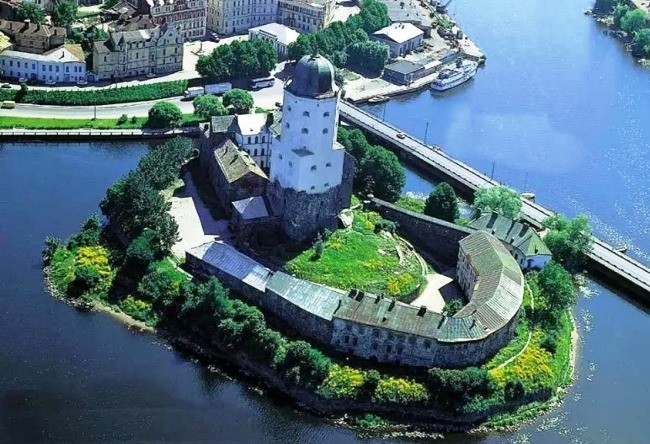 Until 1293, an island 170 meters long in the Gulf of Finland belonged to an ancient tribe of Korels. At that time in those days was their fortified point. This is proved by archaeological excavations, which were made in the 80s of last century. The Swedes ravaged this fortified point, and in its place erected a quadrangular stone tower, surrounded by a thick wall up to two meters thick. Named after the Norwegian king Olaf the Saint, at that time she was the highest donjon in all of Scandinavia.

All attempts Novgorodtsev and Karelians to return the territory to themselves, did not bring any results. The castle remained the property of the Swedes. In the middle of the 15th century the castle underwent significant changes. The viceroy of King Carl Knutsson Bunde, who later became King Charles VIII, did everything possible to strengthen the structure. His followers also continued to build new fortifications and equip the castle.

At that time the walls of the tower were lined with wooden panels, tiled stoves were installed in the tower itself, the upper courtyard was paved with stone. The security of the city before the castle also did not stand aside; He was surrounded by a stone wall with ten towers, including the Town Hall tower. Construction work with renewed vigor was resumed in 1556. The impetus for this was the visit to the castle by Gustav Vaz. In those years it was fortified with bolts and shkantsami. 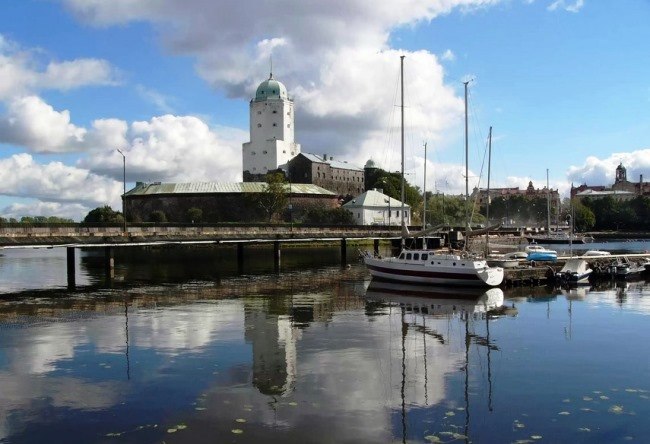 The last five floors were rebuilt anew, in the original form left only the first two floors. But all efforts to strengthen the castle collapsed in 1710. Then the Russian troops with Peter I on one of the ships took the city. During the siege the castle suffered, which led to the need to reconstruct it. The appearance of the castle came to us in its original form, but here the internal layout was changed and more than once. Since 1970 this building is a museum, which since 200 is called the State Museum «Vyborg Castle».