Concrete miracle of Krasnoyarsk — a bridge across the Yenisei, two kilometers long

In the city of Krasnoyarsk (Eastern Siberia), the famous Municipal Bridge is located. One end of it is on the Predmostnaya Square, and the other — on the Theater Square. It hangs over the entire Yenisei, passes through the Island of Rest. The whole bridge is as much as two and a half thousand meters long. The bridge consists of two parts (one 940, the other 410 meters). 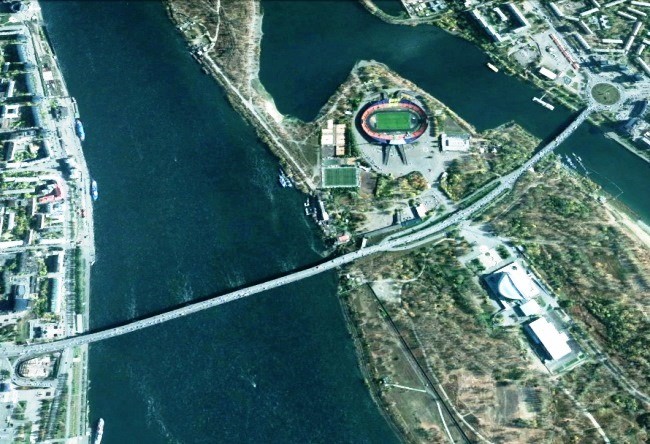 The bridge was completed in the early sixties of the twentieth century. Then, it was the longest bridge in Asia. This record lasted for about fifty years. As a result, the bridge was decided to be immortalized on the ten-ruble banknotes of 1997 issue. The builders were awarded the Lenin Prize, as they were able to develop and use a new technology that allows the supports to not support the arches.

The bridge across the Yenisei is not only famous for its long. During the construction time, few materials were spent, the time of erecting this concrete miracle of Krasnoyarsk was saved. It turns out that the Communal Bridge continued the tradition of his grandfather Railway Bridge of the glorious Siberian city. During the World Exhibition (1990) in France, he received an award along with the Eiffel Tower.

Half a century later, the authorities decided to make life easier for people and build another grandiose bridge. Up to this point, the Krasnoyarsk people crossed the Yenisei by boats, ferries, with the help of a pontoon bridge, which was divorced for the night. Even the winter did not bring relief, because the river never freezes because of its rapidity. In general, the new bridge greatly helped not only pedestrians, but also motorists. 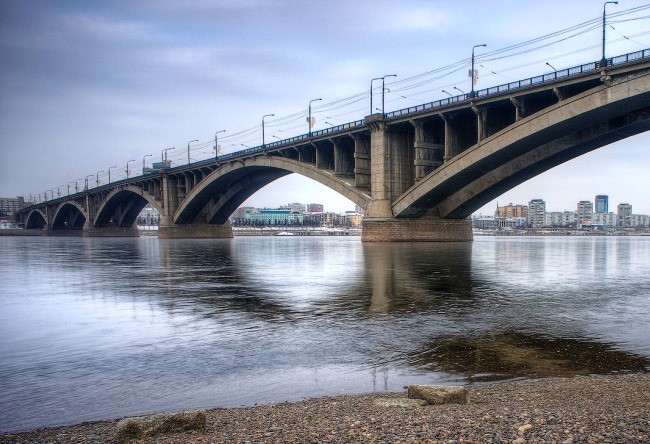 Nowadays, the Communal Bridge is very popular and attracts curious tourists. His image flaunts on ten-ruble coins, than glorifies himself again. Same frames of the famous building are in the Soviet movie «Scarlet Stone» (1986goda).