Scheme of life or the world’s largest whirlpools

Another natural phenomenon that affects the imagination of a person is the whirlpools, which impress with their scale and the strength of nature. In this case, most often these phenomena are associated with the sea tides caused by the influence of the moon on the sea surface. 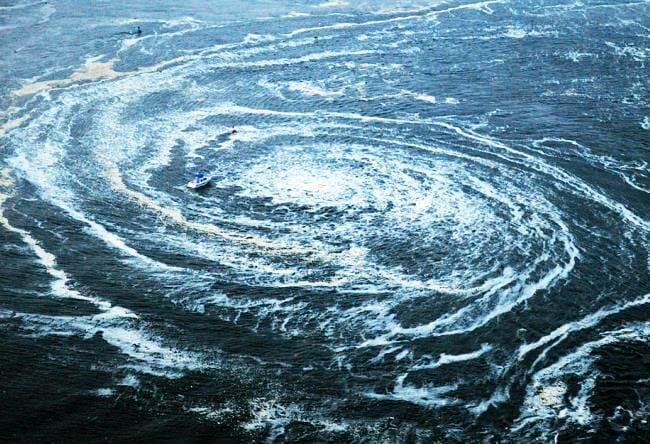 Most often, whirlpools are found in the fjords of Norway, where tidal phenomena are part of the nature of this northern edge. One of the most famous whirlpools of not only Norway but also of the world is the Malstrom whirlpool, which is formed between the islands of Lofonten at the meeting of the powerful current of the Gulf Stream and tidal streams.

In general, the power of these whirlpools is associated with both the weather conditions and the phases of the moon. In view of this, the most powerful whirlpools of Malstrom are formed when the moon is full and there is a stormy weather. In such periods, the speed of counter currents of sea water reaches 10 kilometers per hour. In this case, such a whirlpool is dangerous not only for small boats and fishing vessels, but also for large modern vessels. 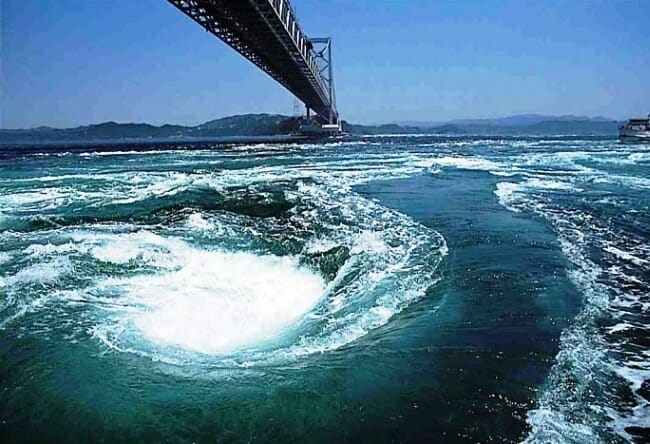 No less impressive whirlpool of Norway is the one that is located next to the city of Bude, which is on the Lofontenes. The Saltstremen swirl reaches a water speed of 44 kilometers per hour and forms in a fairly narrow fjord space, the width of which does not exceed 150 meters. With this in mind, mass media constantly publish on their pages the exact date and time of the formation of this whirlpool, which, according to many experts, is considered the most powerful whirlpool in the world.

Also, no less impressive spectacle is the whole system of whirlpools, which are formed in the Messina Strait, which separates the Apennine peninsula from the island of Sicily. The speed of the water in this maelstrom is up to 10 kilometers per hour and is almost constant, which in turn attracts a lot of tourists wishing to personally appreciate the beauty of this phenomenon, which was described by Homer in his Odyssey.