The healing waters of Lake Tinaki

On the vast expanses of Russia you can see a huge number of amazing places, which literally, are fighting on the spot with their own peculiarities. Astrakhan region is not deprived of such interesting places. It is famous for its salt lakes, which are huge here, but the most famous of them is Lake Tinaki. 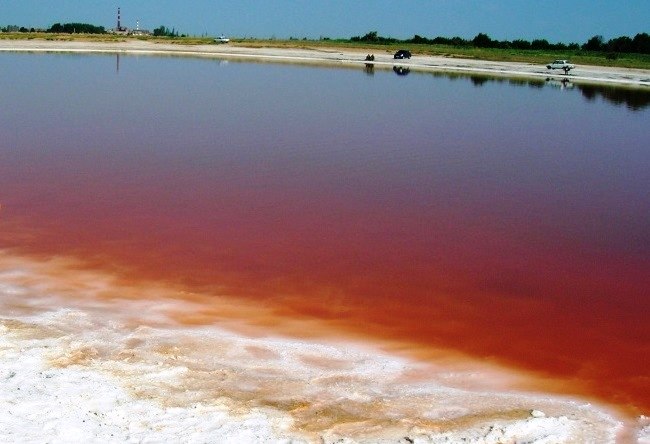 This unique lake is located near Astrakhan, only some 30 km, between the Baer hills, which are named after their discoverer K. Baer. The lake is filled with sulphide-chloride sodium-magnesium brine, density, which ranges from 127 to 310 g / l. On such water you can freely hold without any movements, it pushes you out and it seems that you are a float. The main thing is not to flounder too much in the water so that it does not get in the eyes.

Magnesium salts, which are saturated with water of the lake, give it a unique pink color, which greatly distinguishes Tinaki from other salt lakes in this region. And the banks, here the white ones, covered with a layer of salt, along which one must pass to go into the lake, is not entirely pleasant, because hard crystals of salt cut the skin. However, those who have already entered the water and reached a more or less normal depth, can enjoy bathing. Moreover, the water here is always warm, because the depth of the lake does not exceed one meter. 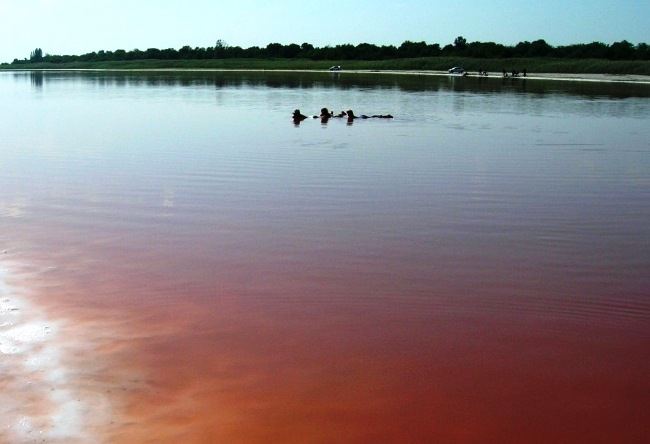 About the healing properties of the water of Lake Tinaki has been known since ancient times. Therefore, there was built a sanatorium Tinaki-1, the year of its foundation was 1820 and it was located on the right bank of the lake. And in 1930 another resort was built, which was already located on the southern shore — it was called Tinaki-2. Under the Soviet Union, it became a resort of all-Union significance. A resort Tinaki-1 came to desolation and soon from it remained only ruins. Although some buildings managed to be preserved — for example, the church of St. Panteleimon, which still operates.

I must say that in 1982, on the salt lake, another sanatorium was built, which differs from its predecessors in modern style and is designed for more than 400 seats. This sanatorium is open all year round.