The Ural Mountains are probably the most beautiful thing in Russia. One of such beauties is Mount Iremel, which ranks second in height on the tops of the Southern Urals. Its height is 1582 meters. The mountain is located on the territory of the Republic of Bashkortostan, which borders on the Chelyabinsk region. 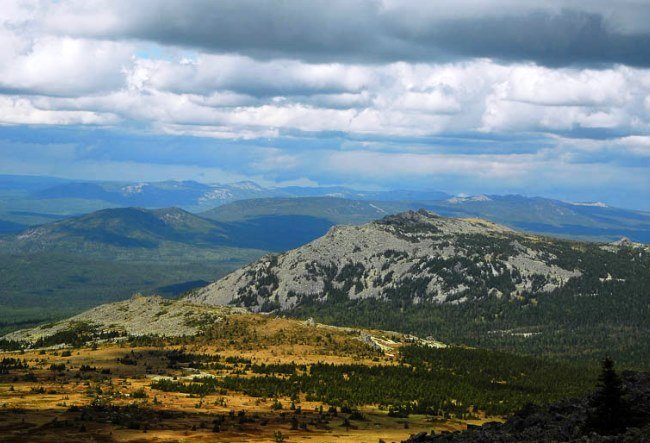 The Iremel mountain range can be divided into several separate mountains, this is the Big and Small Iremel. The big one is a plateau-like peak, also called the Kaban mountain. This of course does not mean that the mountain has the appearance of an animal, simply translation from the Bashkir language the word boar is a haystack. If you look closely, you can see that the mountain really resembles a haystack.

Both mountains are divided in the middle by a saddle, the width of which is 1 kilometer. Also, the Great Mountains stretch a few spurs that end with rocks: The Stallion, which has a height of 1,250 meters and the Bruise, whose height is 940 meters. The slopes of the mountain are covered with huge boulders — kurums, therefore, moving along the slope you need to be extremely careful not to harm yourself and others. 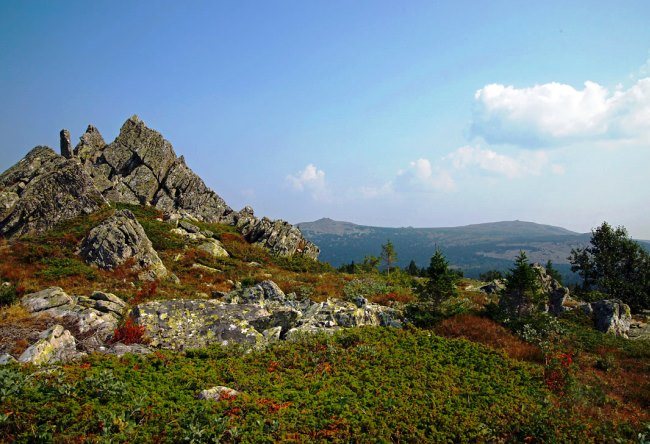 Also on Iremel can be found small grooves, which in their shape are round and the diameter is 2-3 meters, and the depth is 70 centimeters. These unusual grooves are called stone boilers. After the rain, they accumulate clean water, which, incidentally, can be used for drinking. It is on this mountain, the river Belaya and the Urals originates. It is interesting that in the hot summer, on the top you can see glaciers that do not melt, and this phenomenon does not occur in every mountainous region.

When you climb to the top of the mountain, you can see the vegetation, which varies over the entire period of the rise several times. For example, the first thing you’ll see is spruce, fir, birch. Second, this is a rare forest, then the real tundra begins with dwarf birches, northern berries, etc. Scientists are most interested in relic firs that were able to survive the ice age. So, when traveling around the country, do not forget to visit this unique place.