Traveling across the Crimea and not to visit Chersonese, probably, hardly anyone will allow themselves. After all, even by the ruins of this ancient city you can see how much it was developed. This fact is confirmed by both land structures and excavations, which open up to the scientists multiple riddles.

Archaeologists believe that the city was founded in 529-528 BC. Just in this period, the Greeks from the Pontic Heracleia arrived on the territory of the Crimea. They are considered to be the founders of this great city. The city, which in its time reached unimaginable successes and falls. Chersonesus in the Byzantine era became the center of the entire Crimean peninsula, and by the middle of the fifteenth century it had turned into a fishing village. 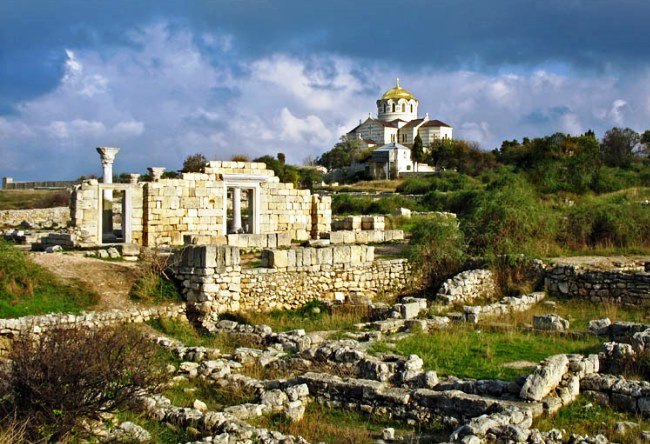 Archaeologists, of course, could not ignore this masterpiece of urban planning and a historical monument. Scientists-archeologists began to study and excavate Chersonesos, in 1827 the head of that expedition was Lieutenant K. Kruse, and the ideological inspirer was Alexei Greig. Then, three basilicas were discovered and recreated in the center of the city. On the site of one of them is now the Cathedral of St. Vladimir, built in 1861.

This place for the cathedral was chosen not by chance, as scientists suppose, the prince of Kiev Vladimir Svyatoslavovich could be baptized here. But not only the temple can boast of archaeologists working on the excavations of this unique city. For example, to the left of the main entrance to the reserve is the ancient theater, built in the IV century BC. Some scientists suggest that it is designed for 2000 spectators, and others for 3000. 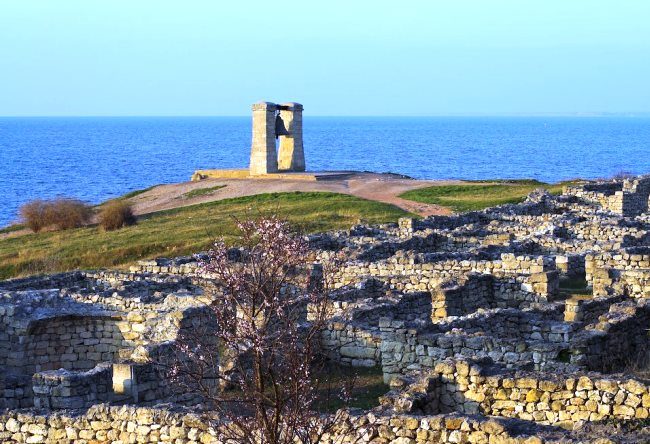 But such different data does not underestimate its architectural and historical value. Since Chersonese was a cultural and economic center, of course, it could not do without the mint, and it is located not far from the theater. The date of its construction scientists believe the IV century BC. The name was given for a reason, the fact is that during the excavations there were found bronze blanks for coinage, as well as other devices intended for casting coins.