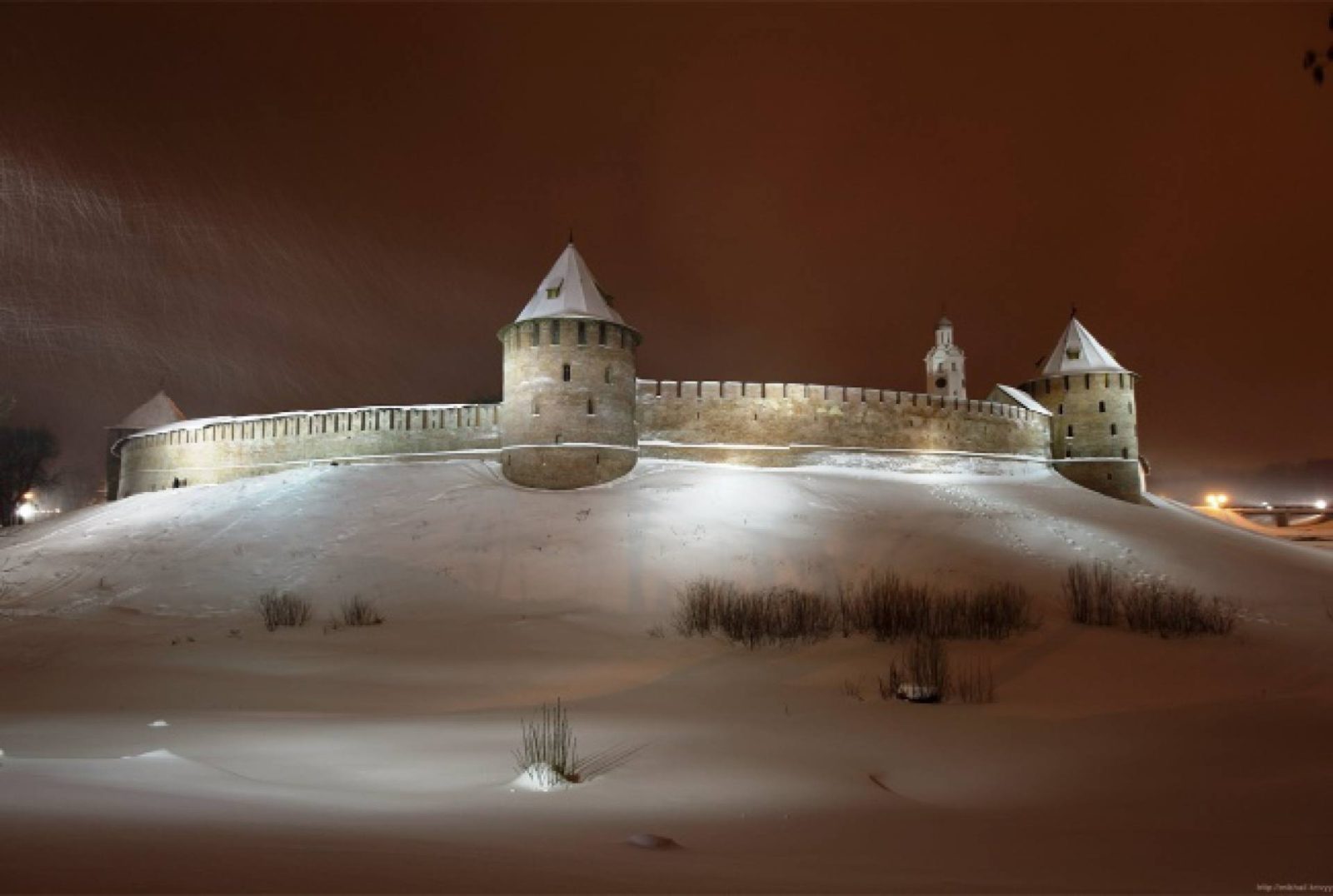 The oldest Kremlin – the Novgorod detynets – their surviving Kremlin in Russia. Together with the city of Novgorod, the Kremlin appeared. “In the spring, Volodymyr laid Novgorod, and made it,” wrote the chronicler in 1044. The land was piled up with log buildings, wooden and towers were built on the crest of the wall, and then a deep ditch was excavated at the base, so the city walls were built. 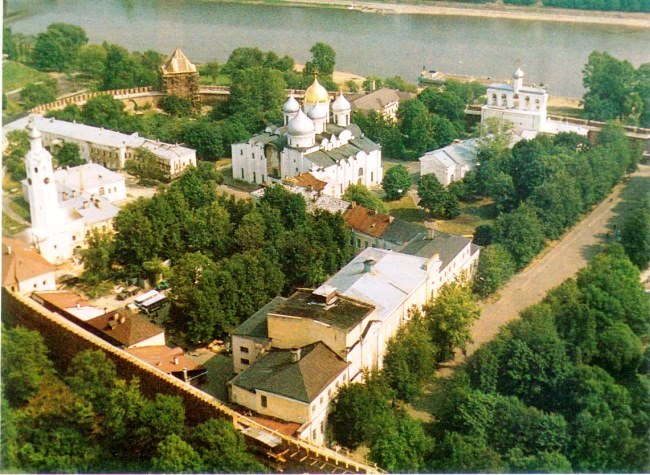 Three walls were built at first, but when the construction of the city was considered complete, in seventy years, the southern wall was erected, the last one. The Kremlin was constantly improved by subsequent generations, but the length of the wall did not change – 1350 meters. They reconstructed battle embrasures, built stone towers instead of wooden ones.

The tower Kokui, sentry, appeared above Detinets under Peter I. The people referred to her as a watch-tower, but the official name “the prudent tower” is the tallest structure of the Kremlin. The Pokrovskaya Tower is located not far from Kokuya, behind the walls of Detinets is issued. Above the enemy her loopholes almost hung. The tower is protected by three-meter walls. 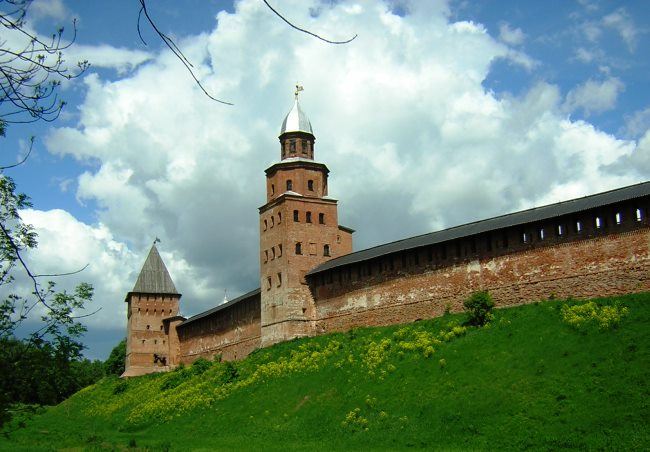 Each tower, which dotted the walls of the Novgorod Kremlin, is special. Vladimir Tower, travel, locked at night beautiful oak gate and grille is attractive. And in the Novgorod Kremlin in the north-west of Russia stands the Sophia Cathedral – a preserved stone building. Built it in a wooden city in 1050. The style of the Novgorod architecture, consisting in severity and simplicity, defined the St. Sophia Cathedral for many centuries to come. Constructiveness and simplicity were preferred by the Novgorod architects, and did not use stucco and patterns.

Vladychny Dvor, where the Chambers of the Archbishop was located, was called in ancient times the northern part of Detinets, adjacent to the St. Sophia Cathedral. Sofia bell tower, which was erected in the XV century on the site collapsed during a flood, more ancient, is located at the eastern wall of the Cathedral. They rebuilt the bell tower many times over the centuries. It was three-span, two more flights were built up later. On the pedestals, at the foot of the belfry, five bells are built.