City Eski-Kermen is located in the Crimea on 14 kilometers south of Bakhchisaray. This ancient fortified cave city. The city’s name in the language of the Crimean Tatar means «Walled City». The city is surrounded tridtsatimetrovoy cliffs and is located on a plateau. 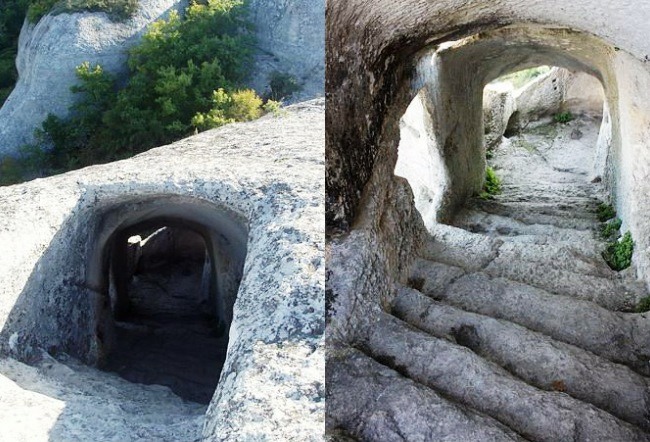 City Eski-Kermen is a member of the famous Bakhchisaray Historical and Cultural Reserve, and is a very popular tourist attraction. To get to the ancient city of the villages can be Zalesnoe, Red Poppy and Holmovka or bus from Bakhchisarai. The cave city of Eski-Kermen perfectly preserved strengthen the VI century. In total, the city is about 350 caves cut. Most of them are used for household purposes. 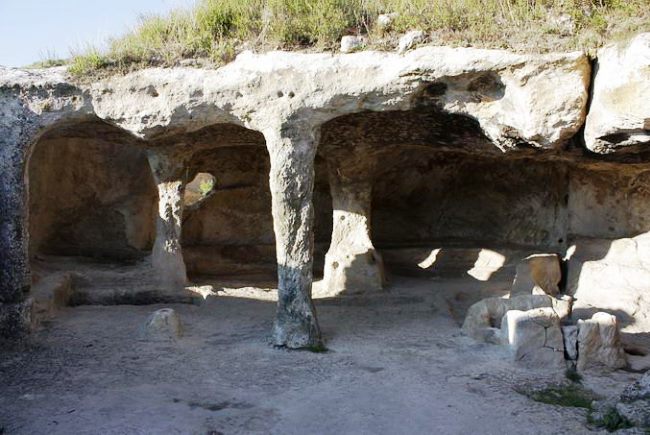 There were also a cave in which the rituals were performed and defensive caves. However, most of them served as stables for livestock and for storing wine, grain, and other values. In this city, you will find ancient cave temples, unfortunately, all the frescoes damaged by vandals. 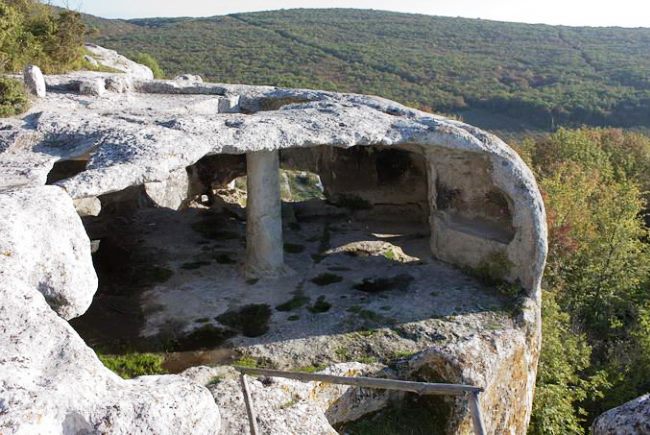 Local siege well, which is a staircase of eighty degrees. From there the water extracted almost to VII century. Currently, there is not safe to go down due to the strong levels of wear. The city also has the remains of houses. Cave city Eski-Kermen Byzantines founded at the end of the VI century. They used it for defense of their possessions from the Crimean nomadic. The history of the city little known to the X century. His name was mentioned in the annals of little, because it was not particularly important fortress. 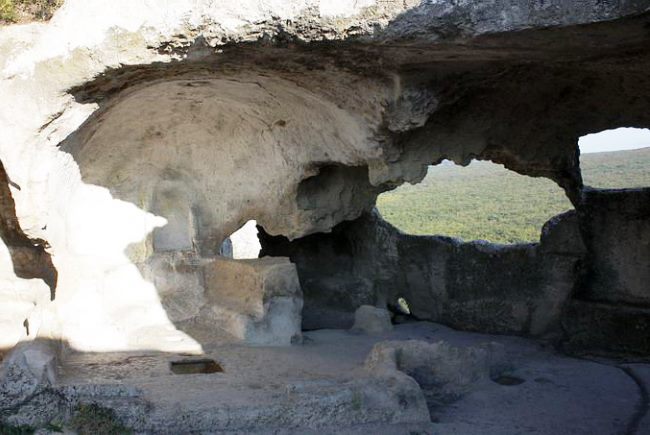 Main development of Eski-Kermen was in the X century. At that time there flourished a real medieval town with streets and blocks. In the XIII century the city’s population exceeded two thousand. It was a time of the highest prosperity of the fortress. In 1299, the city destroyed the Tatar-Mongols. Later, the town was rebuilt, but in a hundred years Horde finally destroyed it.