In Kacha River valley is a medieval cave monastery Kachi-Kalon. All blessing carved into the rocks huge cross had come to grief. People has long been settled in four natural caves cave. These caves are connected inside the caves. 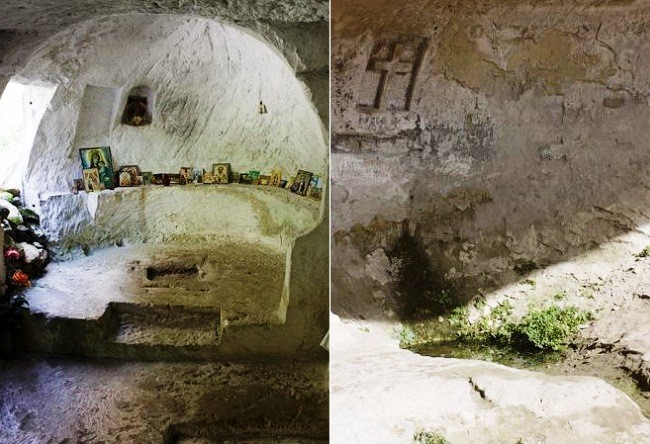 Previously, Kachi-Kalon was surrounded by walls, behind which were religious buildings and wooden houses. Among the population of wine-making was well developed, which flourished in the VIII-IX century, when the land belonged to the Khazars. Kachin Valley is considered one of the best locations for growing grapes. 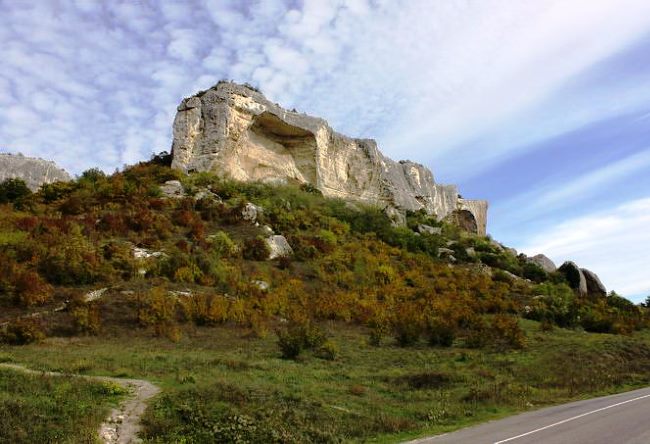 Over time, in the city there were only monks. The monastery began to bear the name of St. Anastasia, the name of the saint and the church was named, is located below the hill. Monastery of St. Anastasia in force until 1778. While Christians resettled in Crimea Azov steppes for missionary purposes. At the end of the XIX century the monastery was revived and lasted until 1921. Currently, the monks settled again on this mountain, but on the back side. 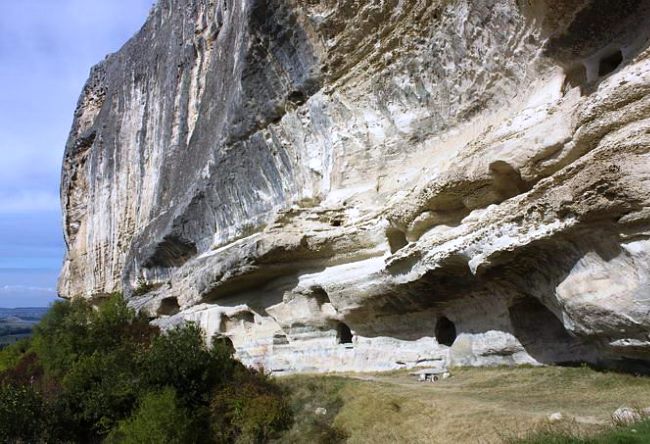 On top of a beautiful view of the river valley. Opposite lies the mountain village Bashtanovka. On the slope of the mountain is also lived people found many tombs. Also on the side of the ruins of several churches. The monastery of St. Anastasia was located in the fourth grotto. It is possible to walk along a narrow path. The road is not easy, the path is very smooth and moistened with water from it is very slippery, you can inadvertently break into the open. 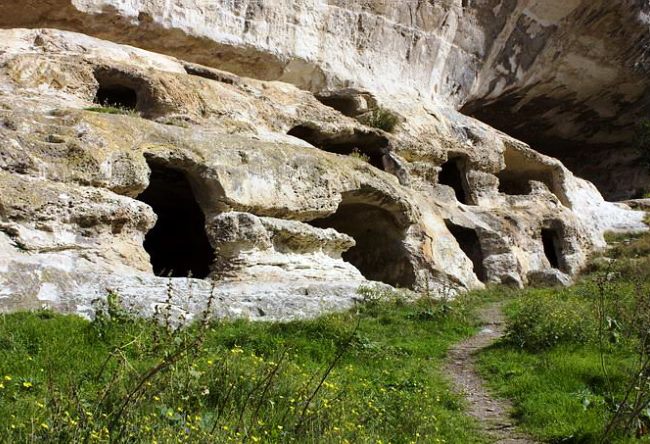 Source of water in a monastery there. The water collected in the tub through the natural condensation on the walls. If you walk 500 meters from the monastery, you will see a huge block of Tash-Air. Once she broke away from the mountain and got stuck in this place. Near the boulder is a source of cold water. Also nearby is the Rock painting, painted about 10 thousand years ago, which is due to constant sun fades and eventually disappears altogether.