On the right bank of the river Kacha between Mount Kachi-Kalon and the village is located Preduschelnoe gorge Tash-Air. The name of the gorge is translated as «stone separated». This is the name given a huge boulder, separated for a long time from the rocks and got stuck near a source of drinking water, and the people have chosen this place. The source under good pressure flows very cold and tasty water. 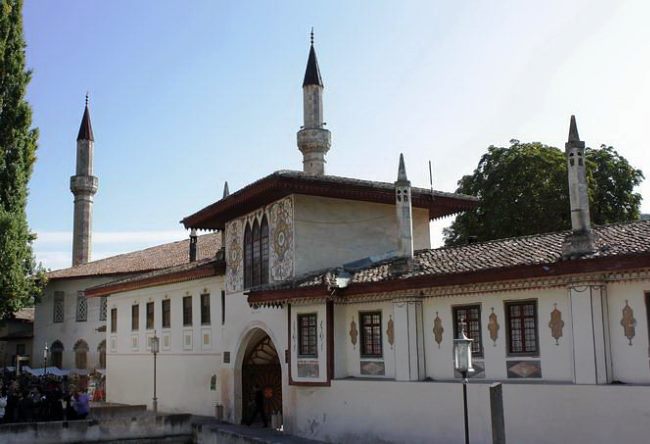 In the depths of the gorge Tash-Air two sites of primitive man since the Bronze Age have been found. Parking facilities were opened archaeologist Krainov. This historic landmark allows well to study human life throughout the ancient history of Crimea. Preserved wall paintings of ancient people. Initially, it was a large mural with drawings, but later the tourists began to pour it with water, in order to get a better look at the drawings. 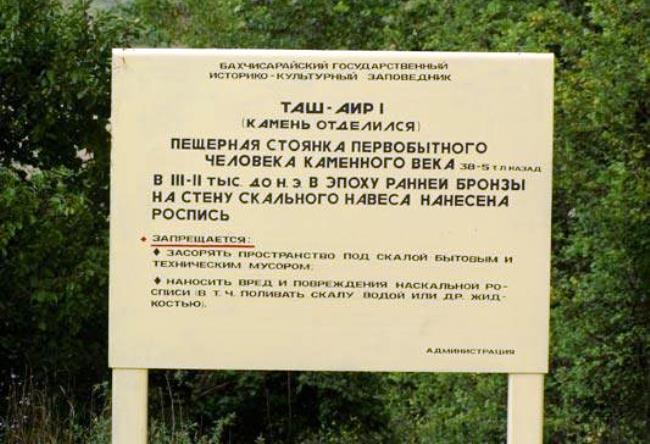 From such a barbaric attitude patterns almost completely faded. Some vandals contrary encircle pictures cans of paint, and causing irreparable damage. It is currently unknown, even were these pictures taken at one time, or they were supplemented over the years by different artists. 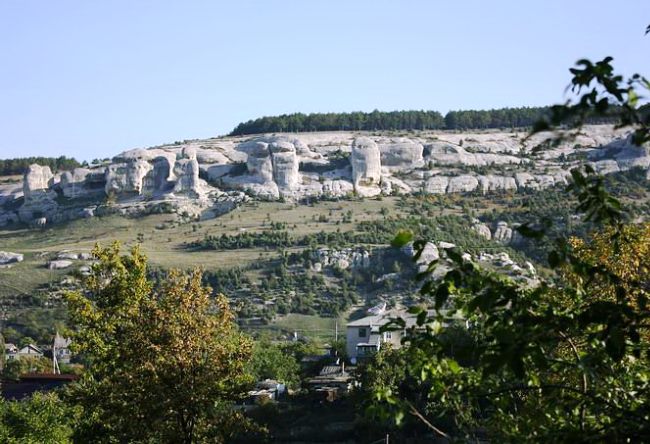 The most important figures are preserved in three places. In addition, the gorge is scattered a lot of different lines and hooks. Kraynov convinced himself that here all the pictures linked by a single concept and represent some ancient event. In the pictures there are people with guns, some were painted killed. It can be concluded that the scene was depicted aliens attack.

Near the cliff is a high canopy, under which about ten thousand years ago, found their refuge primitive people. The canopy became their home until the Middle Ages. Also in the valley there Kaczynski canopy, which was also a site of ancient people. 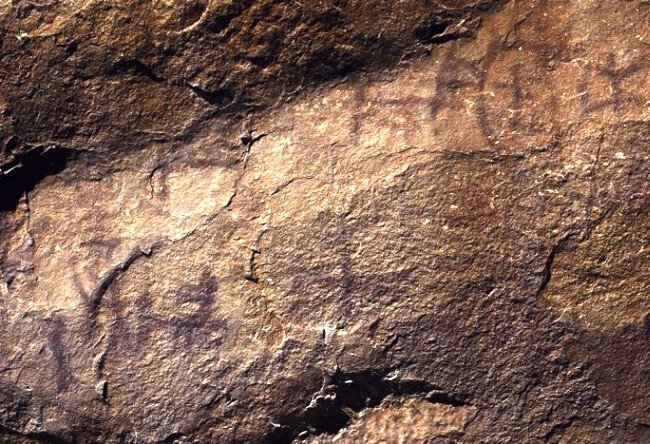 Ancient people a reason chose this place for parking. Caves provide excellent shelter from the vagaries of nature and predators with drinking water in these places never had any problems. Nearby was a river Kacha to the fish.