Mountain-Ring in Kislovodsk, sung by Lermontov

This unusual, even surprising point of interest was described by Mikhail Lermontov, in his book «A Hero of Our Time». Since then and to the present time this is the place Borgustanskogo ridge attracts many curious tourists. This natural monument is now part of the Museum-Reserve named after the created image of Pechorin and Princess Marie, who was very fond of the local sunsets. 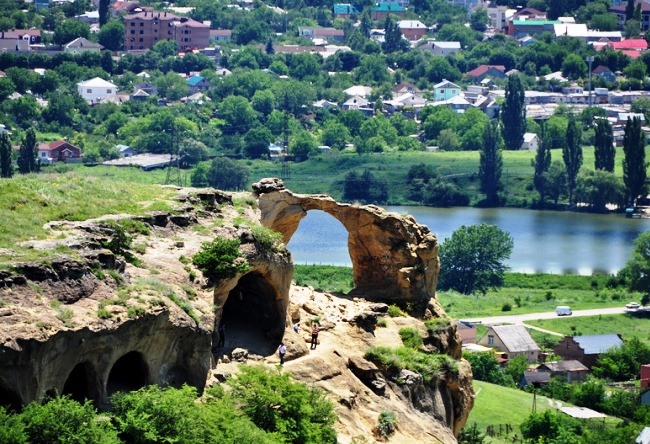 The diameter of the ring in the mountain depending on the source ranges from 8 to 11 meters. It appeared in the clay sand rock cliffs for centuries and are eating processed by wind and water. Around the mountain is a huge number of caves, are now shamelessly scribbled visitors. 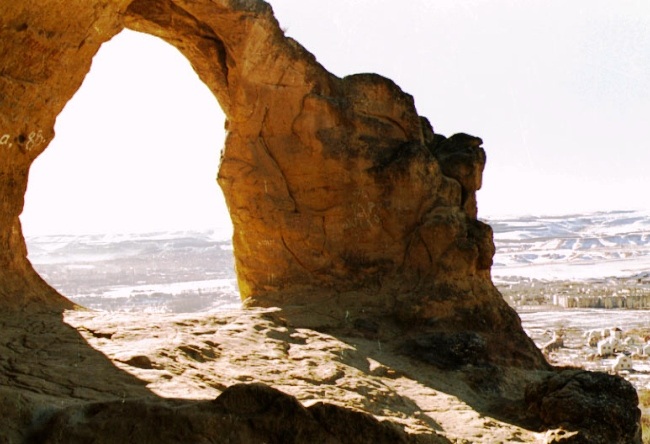 The oldest is the inscription made in 1837 by Mikhail Ivanovich Tseydlerom designed for Lermontov, with whom he studied at the cadet school. The message is a certain quatrain, calls on the writer’s contact with his old friend. 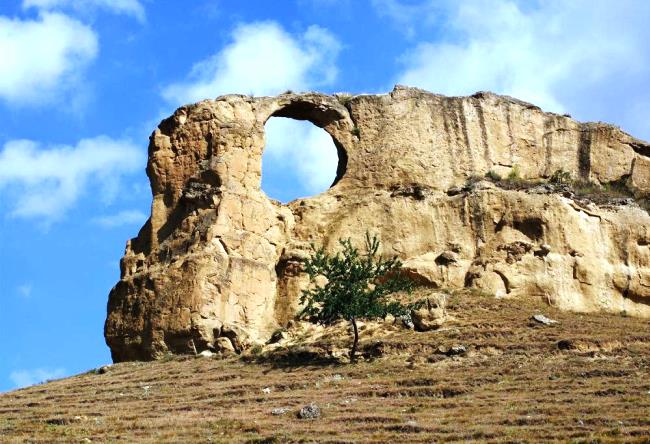 Many beautiful ancient legends about this mountain. The most famous tells of the ancient mighty warriors, who lived at the foot of the mountain. But one hero was awakened by a loud noise and earthquakes. The situation was explained to the horse, he told the athlete that in the next village was attacked by genies, but that they need to win without hitting, to slip through the Gore-Ring. Only at the third attempt he succeeded, and he drew the enemy to flight, with the victory, returning home. 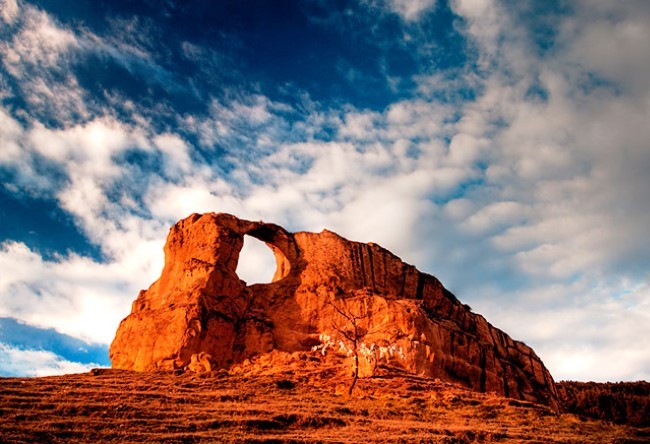 Another legend tells that the hole in the mountain was pierced poor shepherd who loved life more than the daughter of a very rich prince. Duke was promised that she would only marry someone who can give her the most beautiful ring. Shepherd arrow shot through the mountain and became the husband of Princess Belle. Since then they lived happily ever after, in joy and abundance. Undeniably beautiful legend, a very beautiful place, especially in the light of the setting sun.