The monastery in the valley of the river Kachi

Very popular place among tourists is a cave monastery Kachi-Kalon. This attraction is located in the valley of Kacha river. When something on the mountain was fenced settlement, and people lived there, as everywhere, practicing mainly in winemaking. Residents of a reason chose this career because Kacha River valley is one of the best locations for growing grapes. 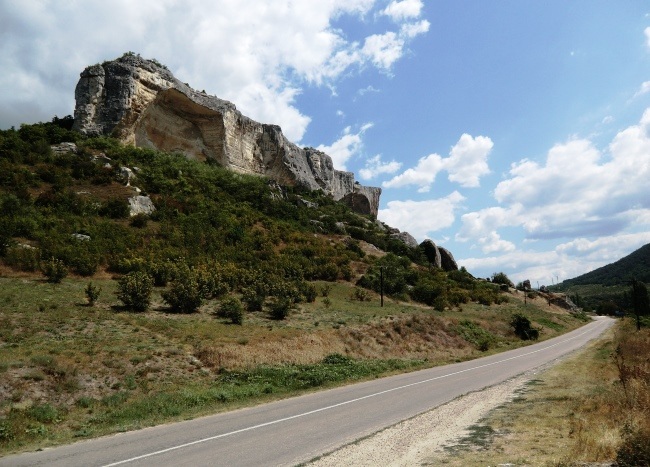 The rock has four grotto formed naturally. People in ancient times came to live here, they gradually joined grottos caves. Over time, the cave was used for religious purposes. After some time, only the monks remained in Kachi-Kalon. In the fourth grotto grew Monastery of St. Anastasia. This grotto is not easy to get. The path is a narrow road beside the cliff. On the descent from the mountain church built in honor of the saint. 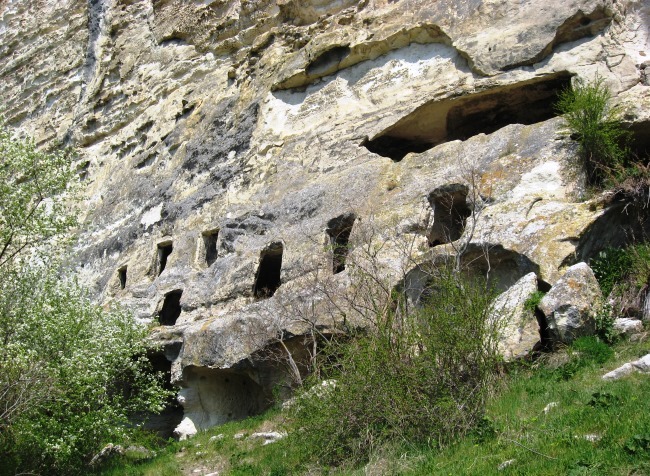 The monastery existed until the end of the XVIII century, when Christians were moved closer to the Sea of Azov to the development of territories. Monastery of St. Anastasia was restored only at the end of the XIX century, and after the revolution again abandoned. Currently, it is open for tourists and monks live on the reverse side of the mountain. 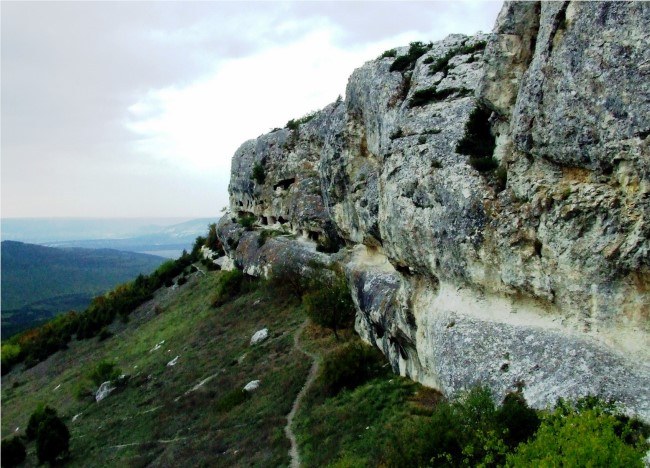 On the hill there is no source of drinking water. Monks collected the water, isolated from the condensate from the walls of the cave. Previously, there was a deep stone bath with this water, its level is now greatly reduced. Near the monastery is located gorge Tash-Air, where about 2 million years ago there was a site of ancient people. On the rocks were paintings of ancient artists who faded. 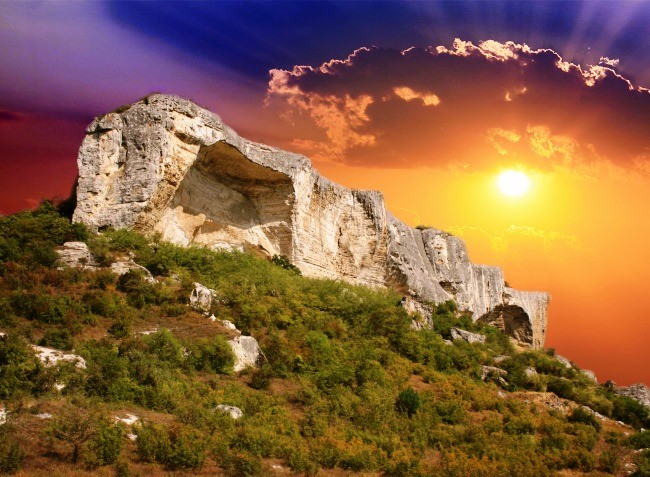 Due to the constant pouring water pictures they almost become invisible. Tourists to better consider drawing moisten it, he at the same time to become brighter and then fades. In the valley is the source of cold drinking water. Near the source is a huge boulder, which once broke away from the rocks and got stuck here for years to come. The gorge is a few blocks chipped.