Invasion of the spiders in Pakistan

One of the areas of Pakistan has turned into one huge web. The fact is that to escape the flood, spiders began to seek refuge in trees. And as the water went long, braided tree insects thick cobwebs. I must say, fascinating spectacle worthy of a place in the script of a Hollywood horror movie. 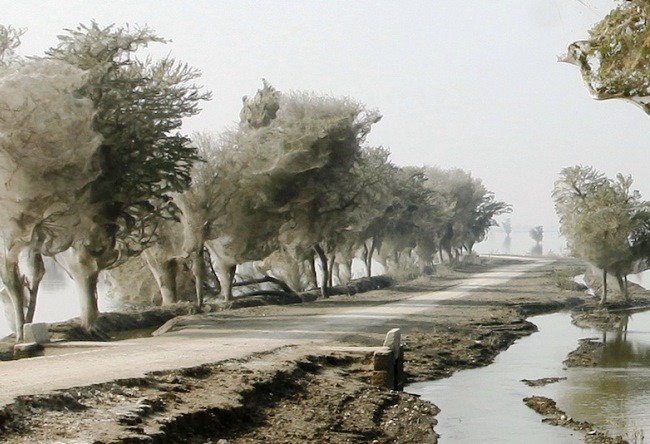 According to residents of the province of Sindh, which witnessed many unusual phenomena such they have not seen. In Pakistan, a very large mosquito population. Malaria is suffering more than a hundred thousand people a year, and mosquitoes much dopekayut residents. Spiders have to fight with them an irreplaceable service, during their invasion of the number of peddlers dangerous disease has dropped dramatically. 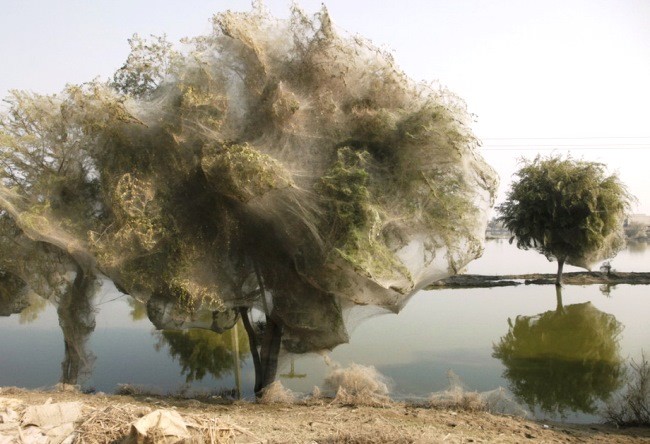 Scientists believe that this phenomenon is a consequence of flooding, one of the most disastrous in the past 80 years. More than half of Pakistan was flooded, and the water did not go away for several months. As a result, the trees settled millions of spiders. Krone appeared in the web, and began to resemble a giant cocoon. Insects were forced to spend too long in this state, and traces of their presence in such quantities and have been impressive. 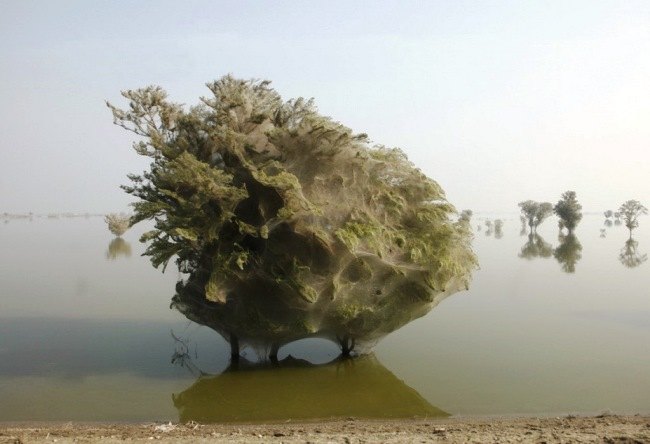 What are the consequences for the trees themselves from the presence of spiders in such numbers? According to the experts, of course, destructive, in some places, the province water is still not coming. And insects continue to braid crown layers of cobwebs. There are positive aspects, spiders actively eat Anopheles mosquitoes. Incidentally, Pakistan is not the only place in the world where there is such a phenomenon. Brian Eyre, a biology professor from Prince George, located in British Columbia, in late October 2002, witnessed the amazing spectacle. A huge field of 24 hectares in size appeared wrapped up thick white cobweb. 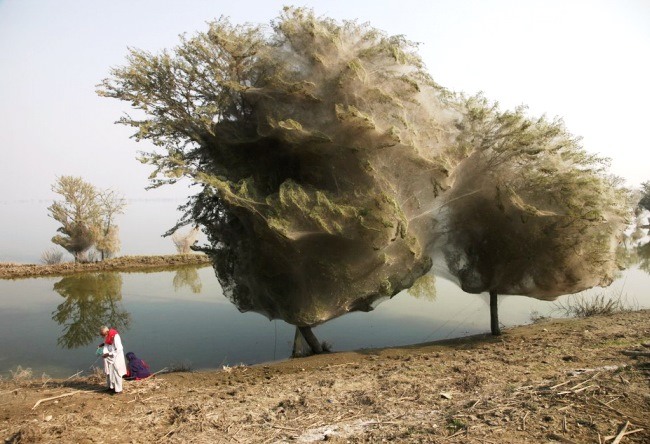 Under a layer of cocoon was even barbed wire, which the farmer Jarvis hedged his possession. The length of the fence was six kilometers away. Web looked like clear plastic and was very strong, with about barbed wire fence it has a greater density. She was able to bear the weight of a handful of coins. According to estimates by Brian Eyre per square centimeter coat sitting on two spider. Thus, it can be argued that the «job» hundreds of millions of insects.