In 1999, Alexander Chuvyrov, professor of the Bashkir State University, discovered a unique find, the age of which is about 70 million years. Not far from the mountain of Chamdur, his expedition found a huge plate with incomprehensible signs, which weighed more than a ton and consisted of ceramics, stone and glass. 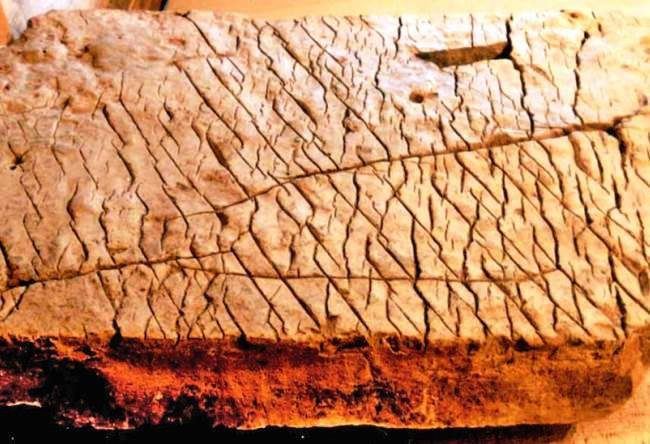 The ceramics consisted of the upper surface, and beneath it was a layer of glass. It was this stove that we were looking for. After all, since the XIX century there have been legends about several plates with an incomprehensible ornament seen in Bashkiria. The professor did not know the decoding of this ornament, he was more surprised by the structure of the plate, which even with the help of modern technologies will not be easy to make. 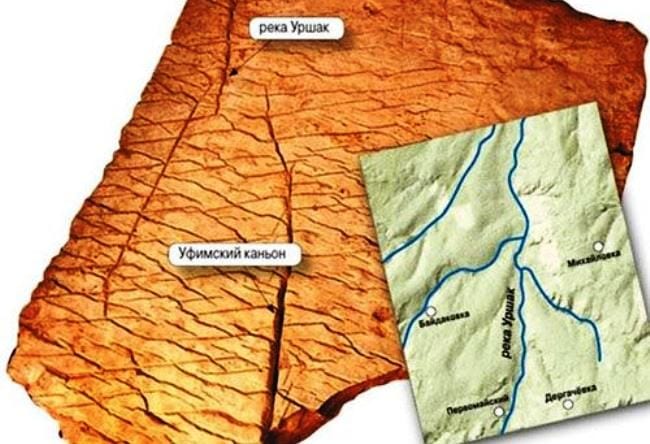 This plate was prepared for transportation to the city of Ufa to conduct in-depth studies, but the next morning it disappeared. Later they found her in the mansion of one millionaire. Later they found a long-lost fragment from this plate, thereby completely collecting the entire artifact. Examination for a long time deciphered the signs on the plate. They did not resemble any ancient symbols. Only the whole drawing looked like the terrain of the Southern Urals. 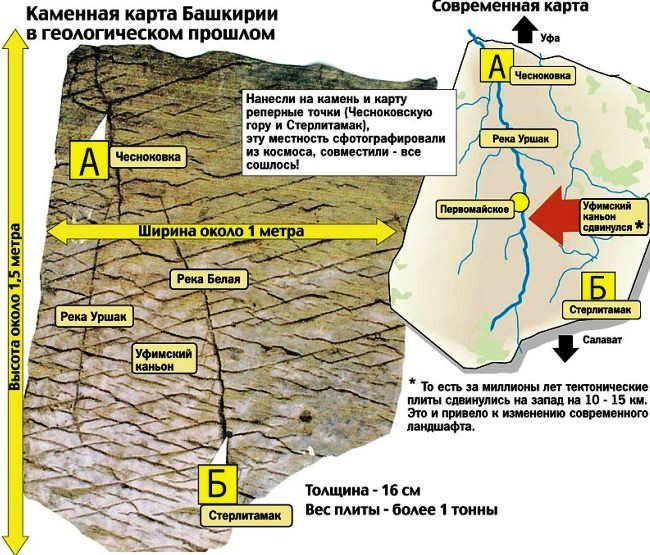 Comparing with the real map, found a complete similarity, only the riverbeds were located a little differently. It is unclear who could have made such a miracle in those days. Moreover, the map was three-dimensional, such a map was made only in the 21st century with the help of satellite imagery and high-precision calculations. To be sure of the results of the examination Professor Chuvyrov took pictures of this find and sent it for research to Moscow. 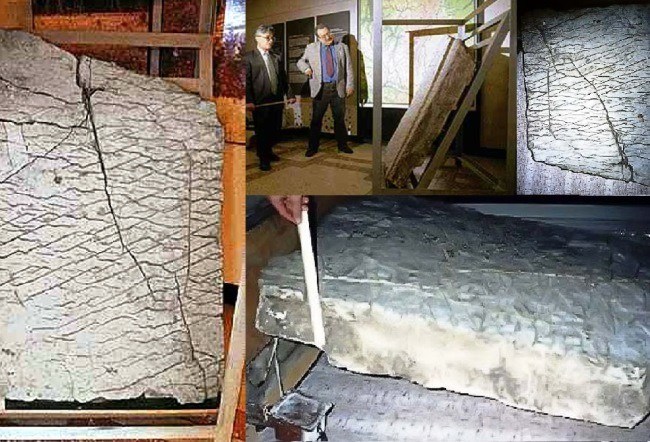 There the cartographers confirmed that this is a three-dimensional map. And it is made on an exact scale: in one centimeter 1.1 kilometers. The riddles of the found plate have not been solved so far, such a pure stone does not exist in nature, and diopside glass has learned to cook not so long ago. The relief of the map corresponds to the territory of the Southern Urals 120 million years ago, but with an incomprehensible system of canals and dams.