Set Travel > World EN > Interesting facts > Without a single nail, but for centuries — the church of the island of Kizhi

Without a single nail, but for centuries — the church of the island of Kizhi

In the Republic of Karelia, in the north of Onega Lake, among the many skerries, is the island of Kizhi, famous for its ancient churches. Probably, this is one of the few islands in the world where so many diverse churches are represented. Here in the world-famous Kizhi architectural ensemble the Church of the Transfiguration of the Lord is built, built in 1714, the Intercession Church — in 1764, the Resurrection Church — in 1764 and several famous chapels and belfries. 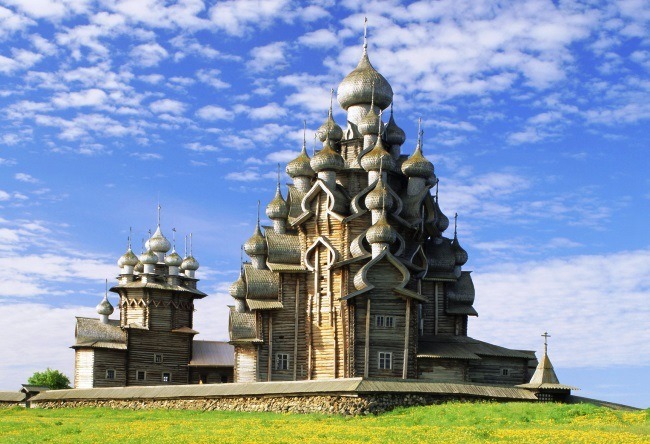 All buildings are built according to the Russian tradition; «Without a single nail.» It’s quite easy to get to the island. From Petrozavodsk (the capital of Karelia), on the «comets» to the island a little over an hour. No wonder they say that architecture is the soul of the people embodied in stone. Russia for many years was a country of wood. Its fortresses, terema, huts and pagan chapels were built traditionally from wood. The Church of the Transfiguration of Our Lord in Kizhi was built in 1714. The height reaches 37 meters. Built in the traditions of Russian craft — without nails. 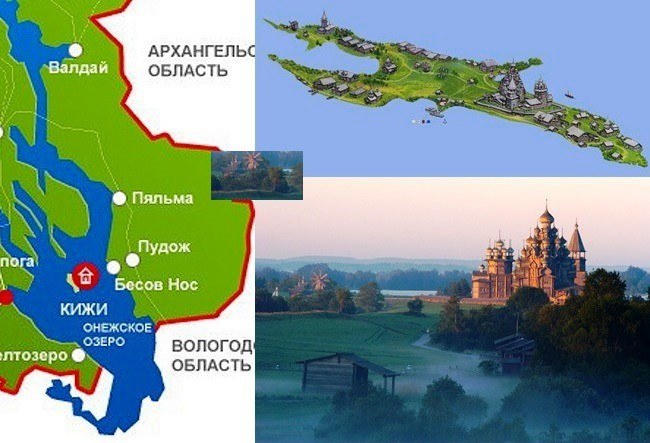 The only exception is the «scales» on the shares of domes, caught with small nails. The temple of the Lord is considered summer, in winter time it is not served in it. The church belongs to the type of octagonal tier churches. The basis of the composition is an octagonal frame. The construction is crowned with 22 chapters, which were placed in tiers on the roofs of the priests. 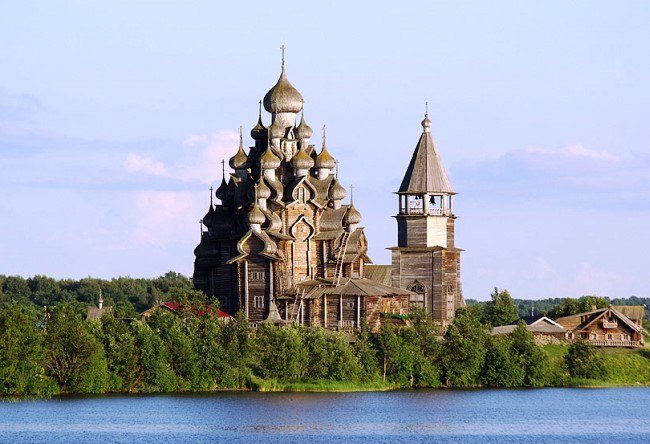 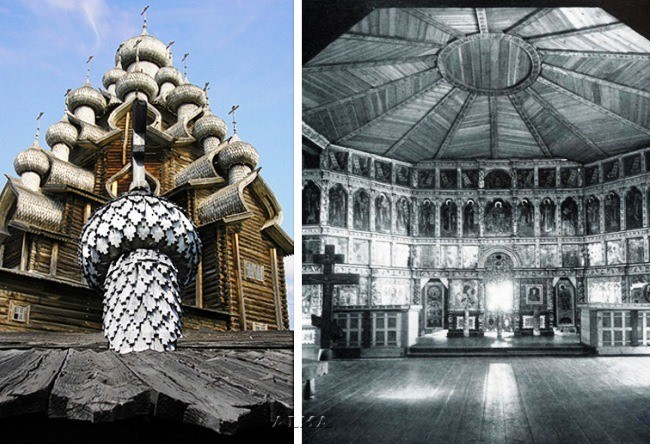 The size and shape of the chapters varies from tier to tier, giving an original drawing to the appearance of the church. The entrance is made in the form of a two-porch porch located on wooden consoles. As a material for cutting, Karelian pine was used, and the roof of the porch and the refectory made from spruce and pine boards over birch bark.

The Intercession Church (1764), complements Preobrazhenskaya, and, as it were, echoing it, responds with a peculiar architectural echo. Eight heads surround the ninth central. The ensemble of domes is very expressive with subtle proportions. The Church of the Intercession is very adorned compared to the others on the island