For many of us who are more or less familiar with geography, such a thing as the «roof of the world» is most often associated with the summit of Mount Everest, which rises above sea level to a height of 8,848 meters. However, if you visit Hawaii at least once, then any guide will proudly tell you that the «White Mountain» is much higher than Everest.

10,000 meters by half covered with snow or «White Mountain» 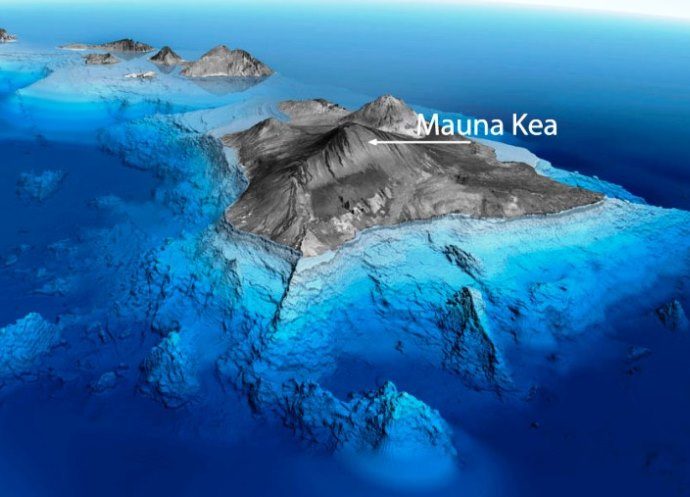 Its name, among the aborigines of the island, the «White Mountain» or Mauna Kea, was given precisely because at any time of the year, its peak, as it should be to mountain massifs over five thousand meters in height, is covered with eternal snows. Although in this case we are talking about an extinct volcano, the actual height of which somewhat exceeds neither much, nor little, but ten thousand meters.

In this case, the issue of the height of this wonder of the world is rather controversial, since, unlike Everest, a significant part of Mauna Kea is located under the Pacific Ocean, and over its surface only 4205 meters rises, that the ranks of the «roof of the World» «Clearly not enough. So, mountaineering tourism on Mauna Kea, as well as in Hawaii in general, is not so strongly developed. 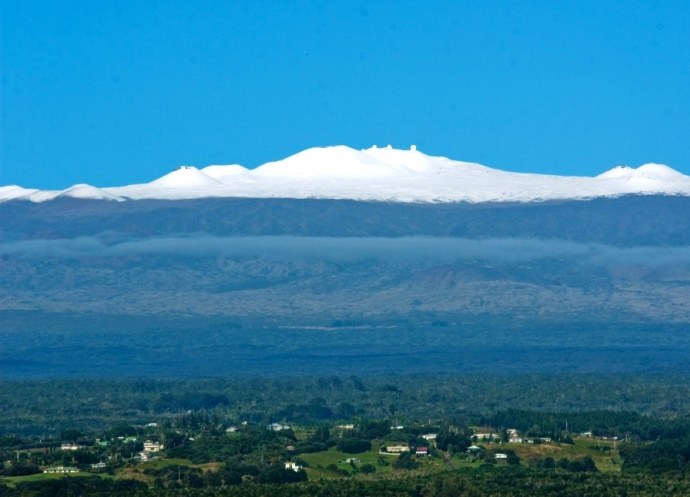 The world of space and the unrecognized «roof of the world»

And his celebrity, this extinct volcano, won, not to himself the value of his overall height from the bottom of the Pacific Ocean, but his geographical location. After all, this is practically the only place on the Earth, where during the year the lowest cloud cover. And if you consider that the peak of Mauna Kea is located at a height where the density of the earth’s atmosphere is 40-45% less than at its foot, then this is a very good place to study the starry sky.

With this in mind, that the entire scientific world, engaged in the study of the starry sky, is trying to locate here its observatories. And to date, already eleven countries in the world have at the top of Mauna Kea (Mauna Kea) thirteen optical telescopes, which allow you to conduct the most complex scientific experiments in this field.

Paradise for snowboarders and alpinists

But, despite this, rather peculiar side of the application of natural and climatic conditions of Mauna Kea (Mauna Kea), its main admirers are skiers, who here a year can make up to one hundred thousand. And this, a lot contributes to the high quality of the snow cover, which is formed by its natural formation from the moist air coming to the top of the volcano from the vast Pacific Ocean.