El Penion de Guatape and other attractions of South America

Travel anywhere always requires careful preparation. For example, if you are going fishing, and you can not find and buy the right clothes, then you will need the fabrics for renting Taslan, Dyuspo, Bonding. And if you want to visit the sights of South America, then the equipment should be appropriate … 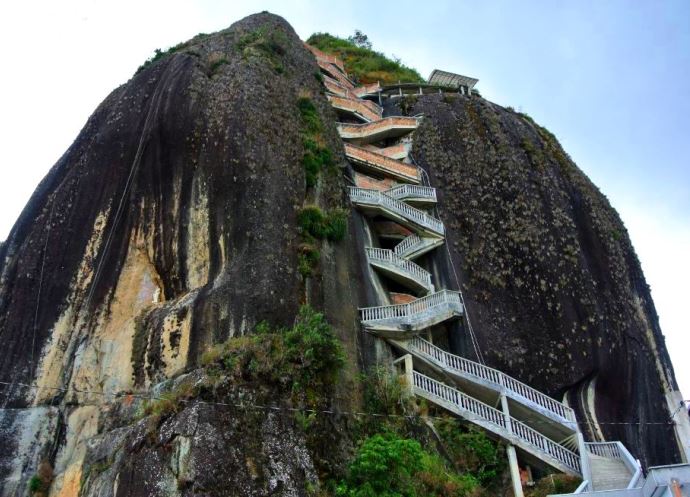 South America is a continent, located on the western-southern hemisphere of the planet. The countries of America attract tourists with the Caribbean Sea and two oceans — the Pacific and the Atlantic. And a lot of antediluvian artifacts. But the features of this attraction in South America are simply impressive. This great stone, from the kind of which the spirit captures, surprises with its parameters.

It’s about the rock-rock — El Penion de Guatapé. This interesting name came from the combination of two towns in the neighborhood — Guatape and El Penon. The inhabitants could not figure out who the rock belonged to. And only after a long time came to a mutual decision and called the giant in honor of the two neighboring settlements.

Monuments of South America have always been popular with tourists. El Penion de Guatape is no exception. After all, such a gift of nature for the inhabitants of Colombia can not be left unnoticed. The height of the giant is just over 220 m, length 380 m and width 100 m. Scientists agreed that the rock exists 70 million years, and its weight exceeds 10 million tons. This is if we take into account the option that the third part of the whole size remains under the ground. The scale is surprising, what brings popularity to neighboring cities and most of Colombia. 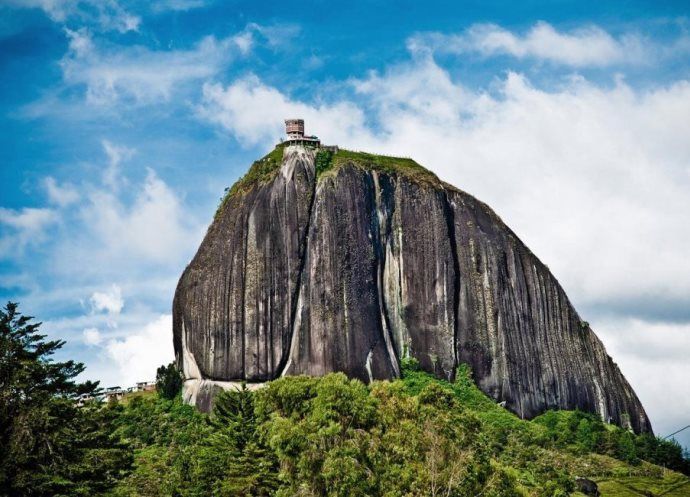 Climb to the top of El Penion de Guatape

Having paid for the entrance only a couple of dollars, a tourist can touch the sights and even climb to the top of El Penion de Guatapé. The earth and the peak of the stone are connected by a stone staircase of 650 steps. It is securely attached and located in a small depression in the form of a zigzag. At the top there is a small restaurant and a three-story tower for observation.

From the top opens amazing view of the interesting places of America, you can see the beautiful enchanting landscape and small and cozy houses of local residents. Around the huts there are water and small islands, which, it seems, are just about to carry away with the current.

For the local Tahamis tribe this rock is sacred. And for a long time they did not let strangers to their shrine. However, in 1954, just at the request of the leader, the first group of climbers climbed to the top. The climb took them 5 days. This moment is immortalized in the monument at the foot of the stone, as a monument to the first conquerors.