Visiting various cities and countries, tourists invariably explore the monuments of Europe, Asia and America. And so here rereading the stories and reviews of tourists, you can see how much exists in the world of monuments dedicated to talented singers and musicians. It can be like the idols of past centuries — Beethoven and Schubert, and the contemporaries of Bob Marley and John Lennon … 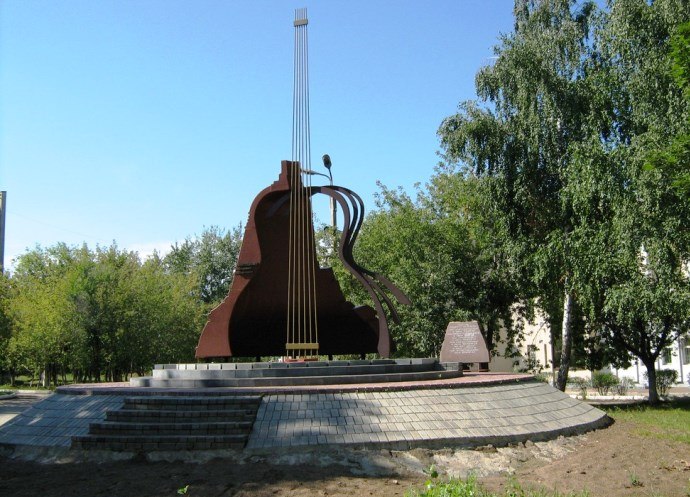 In Russia, too, a musical talent is honored, therefore in the cities one can see the monuments of Europe, dedicated to Viktor Tsoi, Igor Talkov and Mikhail Krug. Among musicians «captured» in stone and bronze, the absolute leader is Vladimir Vysotsky. His sculptures can be seen in Samara, Moscow, Novosibirsk, Kaliningrad and Voronezh, but the most unusual work of the sculptor, dedicated to a talented musician, is in Naberezhnye Chelny.

In 2003 in Naberezhnye Chelny was presented the work, immediately became a famous landmark of the city. It was a monument dedicated to the great poet, musician and actor Vladimir Semenovich Vysotsky. It impresses with its size and weight. The talent of Vladimir Nesterenko, who created this creation, allowed him to be included in the most unusual monuments of Europe. Sculptural composition — the highest among the monuments dedicated to the poet. It consists of several elements, where a piece of guitar, bell and theatrical scene are connected. 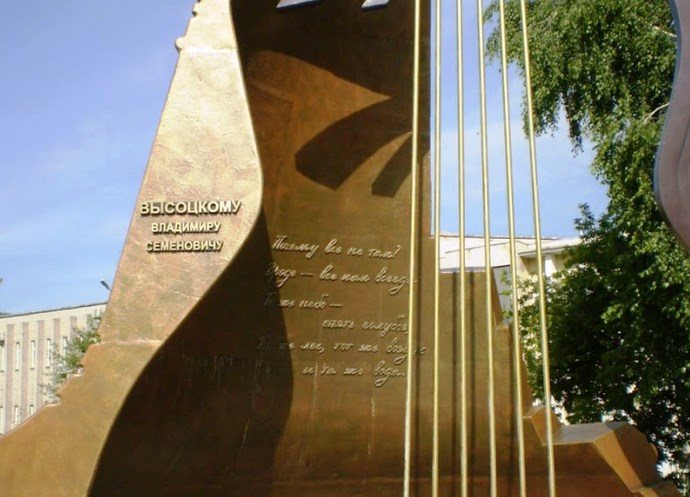 According to Nesterenko’s concept, guitar means the work of a great musician, the bell — the awakening of feelings caused by his works. The strings of a musical instrument — this is a trace from the brightly flashed and quickly burnt Vysotsky’s star. The theater scene is another side of the multi-faceted personality of the bard. On the bell you can see poetry written by Vysotsky. Thus, it was taken into account the wish of the bard himself, who did not want the monuments dedicated to him. This composition symbolizes the veneration of the talent of a versatile person.

The place where the monument is located is not chosen by chance. Interesting facts — it was here that the hotel «Kama», in which Vladimir Vysotsky in 1974, lived 2 weeks during a tour with the artists of Taganka. This ended the bard’s acquaintance with the city, but residents of Naberezhnye Chelny remembered this visit. By the thirtieth anniversary of this event an unusual monument was erected.