The most grandiose monuments of Europe

To carefree rest, you need to know where to stay, whether it’s Adler hotels or hostels of St. Petersburg, but let’s talk about Moscow. And if you are already calm about your night’s rest, you can pay attention to the amazing monuments of Europe in the Russian capital.

Monuments of Europe: Peter I in the Russian capital

Some monuments of Europe are surprising with their shapes, sizes and scope. You can recall a giant bird in Budapest, a monument of time in Paris or a monument to a clip in Oslo. One of the grandiose creations of sculptors is the figure of Peter I in Moscow. This monument can be safely made into the most impressive sculptural landmarks in Europe. 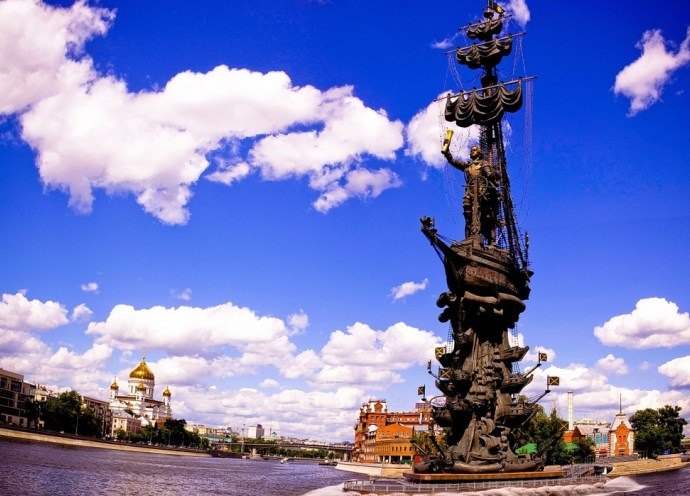 A figure of Peter I appeared on the Moscow River in 1996. Its creation was timed to coincide with the 300th anniversary of the Russian fleet. This is the creation of the outstanding sculptor Zaraz Tsariteli, who can surprise the public. Now the highest monuments of Europe and the world can not be imagined without the 98-meter sculpture of Peter I.

The monument on an artificial island is a figure of the emperor with a scroll in his hand floating on the ship. At the base, fountains are sharpened, creating the impression that the monument is floating, dissecting the waves. Inside there is a ladder, allowing to inspect the condition of the structure.

A unique monument was erected for about 2 years. The frame of the composition is made of stainless steel, the figure of Peter I is made of bronze and covered with protective means to avoid changing the metal. Scroll, gleaming in the hand of the sovereign, gilded, and sails — copper. The figure and the ship were collected separately, then they were already put on a pedestal in ready-made form.

Interesting facts and fantasies about sculpture

There is a version that the original monument was dedicated to Columbus, but neither America nor Spain were interested in buying it. To avoid such conjectures, the sculptor Tsereteli even provided two different projects in order to prove that Peter I is not a «converted» Columbus. There is indeed some similarity between the sketches, but this does not prove a far-fetched version of forgery. 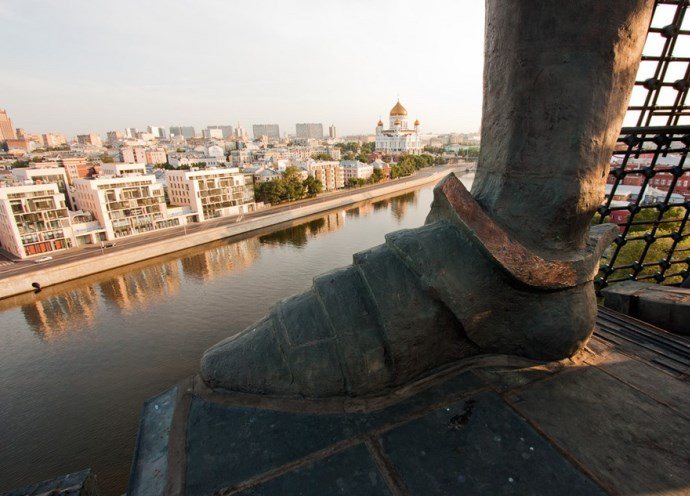 Opponents of sculpture find in it many contradictions and inaccurate details. For example, Peter I is dressed in a Spanish uniform. Rostras are crowned with St. Andrew’s flags, which, according to the specialists of naval history, means the capture of Peter the Great by the ships of their own flotilla. There must be flags of enemy ships. Yes, and many note that Peter I did not like Moscow, so it was inappropriate to erect a monument here.

There is a lot of controversy around the monument, but this only means one thing — the sculptor created a work that excites people. Initially, the Eiffel Tower was not accepted with enthusiasm by Parisians, and is now a favorite symbol of the city. The monument to Peter I, even with small inaccuracies attracts many tourists and impresses with every meter of the 98-meter composition. And, meanwhile, new and interesting facts are opening up. But the monument serves not just as a memory of the one to whom it is dedicated — it makes you think, and I think both these components of Tsereteli succeeded successfully …