Journey to the Genoese fortress

Traveling across the Crimea is a good rest and at the same time a unique opportunity to delve into the history of this region. Literally every corner of the Crimea is a historical landmark. Even the hotels of Crimea are masterpieces in miniature. And from all it breathes some kind of barely perceptible antiquity and kindness, and the traveler of all that needs to show a little curiosity and this amazing land will reveal its secrets.

Journey to the story: Genoese fortress 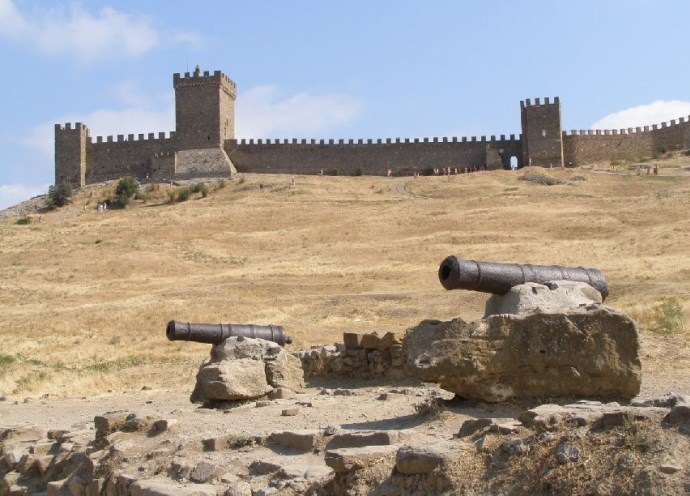 Well, let’s take an interest this time at the Genoese fortress in Sudak. Our journey begins with the Serf Mountain, which is located at an altitude of 157 meters above sea level, where the Genoese fortress is located. True, the mountain itself has another name «Cenevez Qaya» — Dzhenevez-Kaya, which in the translation from the Crimean Tatar language means the Genoese rock. The rock is an ancient petrification of a coral reef.

The cone-shaped massif that rests on the Black Sea Sudak bay with the Kiz-Kulle-Burun cape, has gently sloping northern slopes and a steep southern edge. Bright features of this unique sight of Europe, too, do not go unnoticed — the Genoese fortress, occupies about 30 hectares in area, it is truly wide-spread.

The combination of natural conditions in the form of a favorable location and human factors — capital fortification fortifications have done their job — the fortress is almost impregnable to the enemy. So on the eastern and southern directions the fortress is cut off by steep mountain walls, which descend to the sea. To get to the fortress from the western direction is quite difficult. And the northeastern direction to the citadel, most likely, was blocked by an artificial ditch, in any case, many researchers insist on its existence.

All defensive fortifications consisted of external and internal lines of defense. Complex and carefully thought out fortifications still lead astonishing architects, builders and historians. Tourism in these regions is well established, but there are still some trails that have not been studied, to this day. 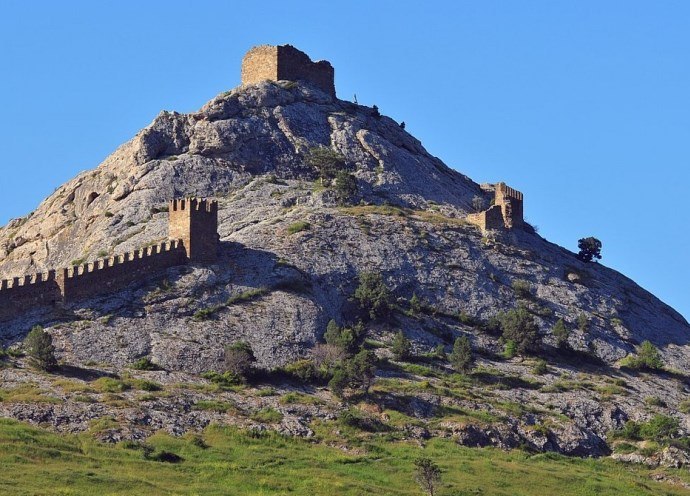 How to get to the Genoese fortress

The bulk of sightseeing tours passes with a visit to Sudak and Simeiz, the path is long, but the impressions are worth it. For tourists who will seek the Genoese fortress, being in Sudak, the task is simplified at times. Public transport routes lead to the fortress, you can also take a taxi. And still you can walk from the bus station to the Genoese fortress, within half an hour you will already be there, have time to get acquainted with the city and make memorable photos with views of the famous fortress.