On the way from the Bahariya oasis to the similar natural sight of the Sahara oasis of Farafra is the so-called White Desert or Es Sahra El Beyda, if you call it in Arabic, which strikes the white limestone coming to the strange boulders, which actually gave the name to this place on the map of Egypt .

At the very beginning, probably, it is necessary to decide what we will mean by the name of such a geographical object as Farafra, designated in all the guidebooks on the territory of Egypt and its Libyan desert. After all, under such a geographical name, as Farafra primarily mean a small oasis, located three hundred kilometers from the Bedouin town of Assiut, whose name, in Arabic, sounds only El Farafra. And just forty kilometers away from this place, there is the Farafra or the White Desert that we need, which in the same language of the aborigines sounds like Es-Sahra El-Beyda. 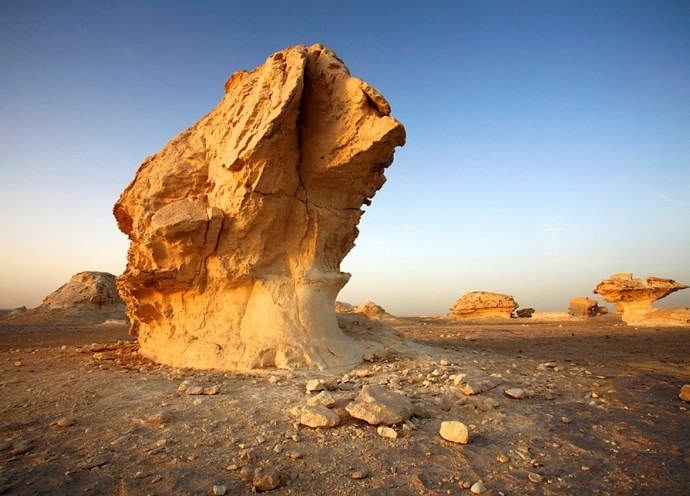 So, that, this or that trip to these regions, should have a clearer definition of what exactly you want to see. Or it will be an oasis with a population of no more than five thousand Bedouins who will gladly feed you with their national dishes made from goat’s milk or meat, redeem them at famous thermal springs and, for a rather small extra fee, take you to their camels to the White Desert.

And the distant past

And if with these moments of your forthcoming journey you have decided definitively, then Africa will once again appear before you in one of its hypostases, as a continent full of amazing adventures and exotic landscapes. After all, the Sahara, like the same White Desert, can only amaze you by standing on a prehistoric day, when that vast ocean that covered all this territory. And when hundreds of millions of years passed, when the sea life ravaged the life, it turned into a lifeless desert. On the territory of which only some parts of the former majesty were preserved. Namely, dozens of scattered oases throughout the Sahara are quite similar to the same El-Farafra, in which the Bedouins preserved their history and their customs, which are no longer one hundred years old. 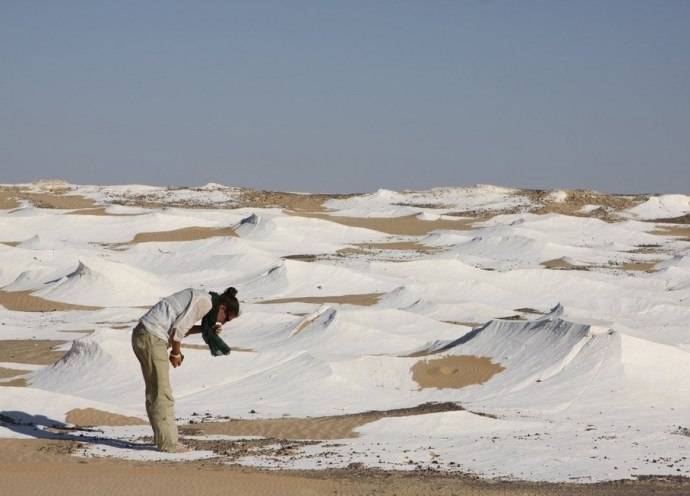 However, this stopped time does not prevent to develop tourism in these territories, as another rather profitable part of the traditional business of the peoples living here. At the same time, quite a lot is being done on the part of the same Egypt. After all, today it is much easier to get to El Farafra than it was at least several decades ago. And this, the same tourist bus, an air-conditioned taxi or, if desired, a small private helicopter for a practically «symbolic» fee.