In the history of Ancient Egypt, the period of the woman’s rule in honor of which the Temple of Queen Hatshepsup was built is not only controversial, but also one of the most interesting and fascinating periods.

Temple of Queen Hatshepsup and its history

Unlike most temple complexes dedicated to one or another ruler of Ancient Egypt, as a rule, included the existence of a structure made in the form of a pyramid. However, the Temple of Queen Hatshepsup does not have this main feature of the burial of the regal person. And it is assumed that many historians just such a decision was made for the reason that in the history of Ancient Egypt it was the only woman — the queen, who had all the rights to administer the state, as the widow of the pharaoh. 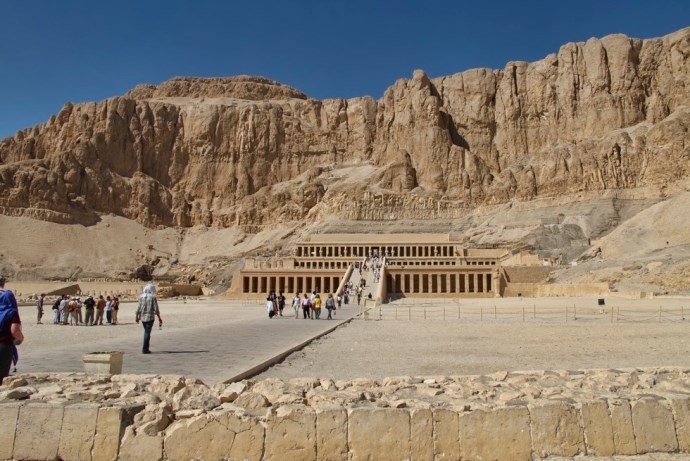 After being the second wife of the Egyptian pharaoh Thutmose II, Hatshepsup for almost fifteen years was the regent of his eldest son and on this basis she had every right to the legal age of her adoptive son. And this period was significant not only because many of the monuments of Africa located on the territory of Egypt were built during her rule, but also because during this same time Hatshepsup carried out quite successful economic reforms and led successful military companies to protect the territorial interests of Egypt.

However, despite this kind of merit Hatshepsup before Egypt, after the coming to power of her adoptive son Thutmose III, who simply hated his stepmother, her name was struck from the history of Egypt, and her services were attributed to the ancient historians Thutmose III. And only the temple of the queen was abandoned, without any changes, which allowed modern historians to appreciate the dignity of this woman, as the queen of ancient Egypt. 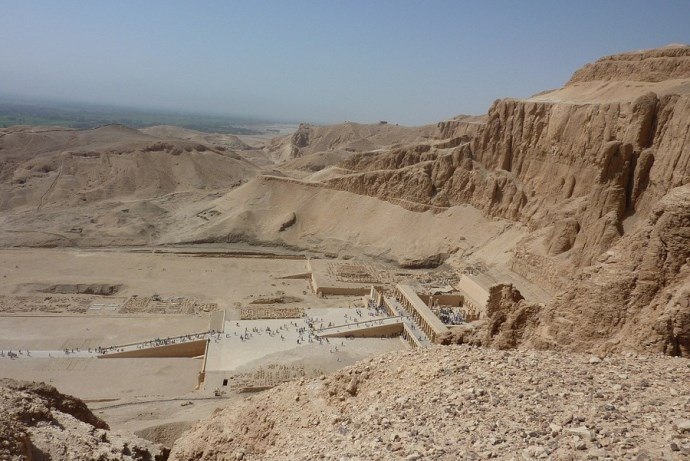 Today it is rather difficult to guess what trip to Africa, namely on its northern part, can do without visiting this majestic architectural monument of the history of Ancient Egypt.

After all, the temple, carved into a calcareous rock, strikes with its harmony and grandeur against the background of a rock above it. Starting from the wide staircase leading to its entrance, and ending with the suite of numerous columns that frame the frontal part of the temple. And here it is worth noting that the temple looks especially impressive in the evening, when the entire temple complex is illuminated by numerous lamps.

How to get to the temple of Queen Hatshepsup

In any case, if you have already arrived in Egypt, then you can get to the temple from almost any resort town, because the temple of Hatshepsup is located next to such a remarkable resort as Luxor, which can be reached from the same Cairo, both by train and tourist bus. So, if you have an additional fifty dollars, then you are guaranteed a tour of the temple of the queen.