For many years pilgrims have been traveling to the holy land of Jerusalem from all over the world. People visit these holy places, where the prophecy was fulfilled. One of the main shrines here is the Garden of Gethsemane, which lies beyond the Kidron Valley, at the foot of the Mount of Olives, adjoining the basilica of Borenia. Through the centuries and centuries the garden carried its holiness and beauty.

The Garden of Gethsemane and the biblical echoes of it 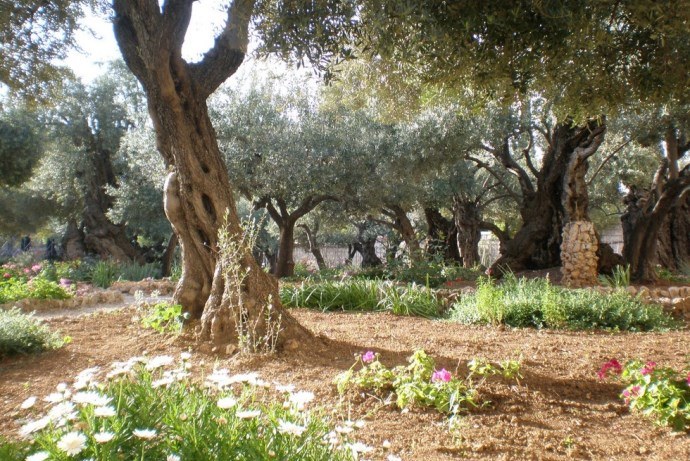 The area on which the Garden of Gethsemane is located occupies 1200 m2. Not only temples are popular with tourists, ancient history contains many interesting facts that attract travelers. However, of course, the main source is the place where Jesus prayed …

Here, too, all the olive trees grow, but, it is true, they are not the same, and there is no greenery in the garden, as in the time of the Savior, as if the earth in sorrow has wept all the water. But behind this territory there is a constant leaving. Just two thousand years, the climate on the planet has changed.

Scientists took bits from the oldest trees and, after making a carbon analysis, learned that the olives are more than 900 years old. But we know that after the Passover, the Romans cut down the whole grove. And only because olive trees are «extremely tenacious» and it is very difficult to completely destroy them, perhaps there are tiny shoots or seeds, the germinated shoots of which, most likely, we are observing now. 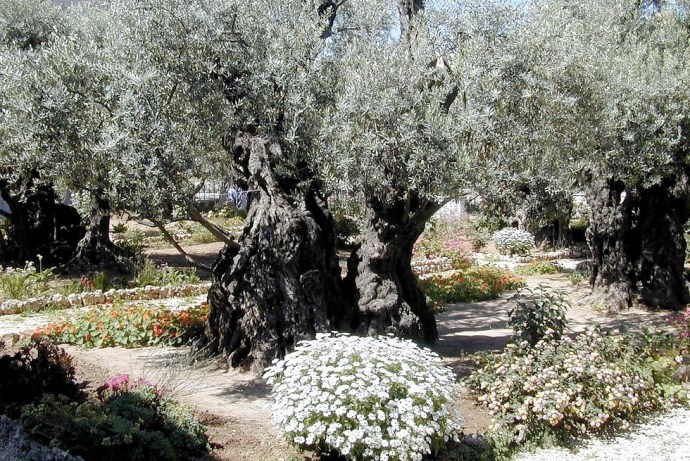 The Holy City annually receives thousands of pilgrims, whose purpose is to touch the places where the Savior once prayed. Christians can be proud of the shrines that have survived, and today they please tourists who traveled to Jerusalem. For many, a great reward is to pray in those places where the foot of Jesus Christ came.

The grotto that is in the garden is the last place near which the prayers of the Savior were heard. The places where the blood of Jesus dripped on the ill-fated night before the crucifixion — are marked with stones that remind of the tragedy. There are three main shrines — the churches of All Nations, the Assumption of the Virgin and St. Mary Magdalene.

Today the Garden of Gethsemane is the most beautiful park in Jerusalem. The paths are peppered with small stones, and from well-groomed olive trees, workers harvest fruits, which, despite their age, generously bear fruit. The history contains interesting facts, which up to now keep the walls of shrines and temples. And only here they can be understood and carried through all life.