The crater of the volcano Kilotoa, which is located in Ecuador, and the lake formed in it, are at an altitude of 3914 meters, above the ocean level. And for the convenience of tourists, above the volcano there is an observation deck that looks like a ship’s deck.

The idea to create a viewing platform over the volcano arose from the managers of the national park after the number of tourists coming to admire the beauty of this lake, formed in the caldera of the volcano, exceeded one thousand people a day. And although this kind of quantitative indicators mostly fell for the summer periods of the year, the crowd of fans to admire this beauty and take pictures of unique landscapes, sometimes caused some fear for their safety. 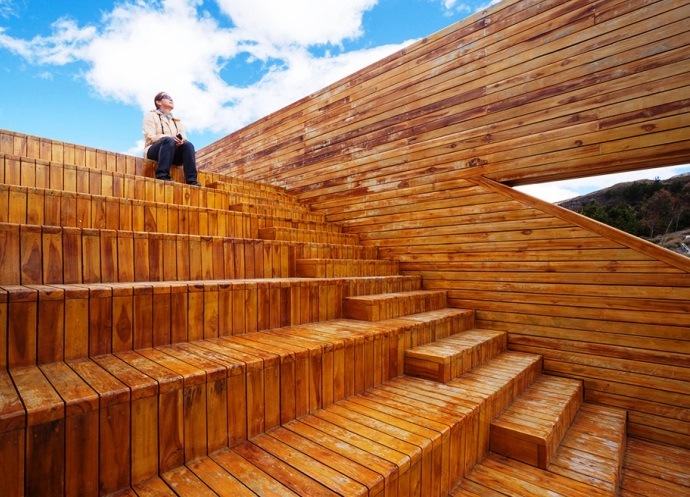 With this in mind, somewhere in 2011, a team of Ecuadorian architects consisting of Jorge Javier Benitez Andrade, Javier Mera Luna, Daniel Moreno Flores, were given the task to develop a project of a viewing platform located above the volcano crater and allowing it to accommodate up to two hundred or three hundred human. And after in 2013, their work was finished, and the builder erected on the shore of the lake «Quilotoa Shalalá» the number of tourists has almost doubled. But there really is something to see here.

First of all, the journey that many travelers make on Ecuador and come to Kilotao, strikes them with the blue water formed in the crater of the volcano of the lake. And its color is primarily ensured by the fact that hot springs hitting from the depth of the crater dissolve the great minerals of aquamarine contained in the rock of the volcano.

In addition, the extent of this natural sight of the mountainous Ecuador is equally impressive. After all, the average diameter of this lake is about three kilometers. So it is not difficult to imagine the impression of contemplating this beauty from the top of the crater of this volcano. And it is this circumstance that prompted, to place the observation deck, not at the level of the lake’s mirror, but much higher. What Ecuadorian architects implemented in their project. At the same time, thanks to this, tourism in Kilotao received additional development. 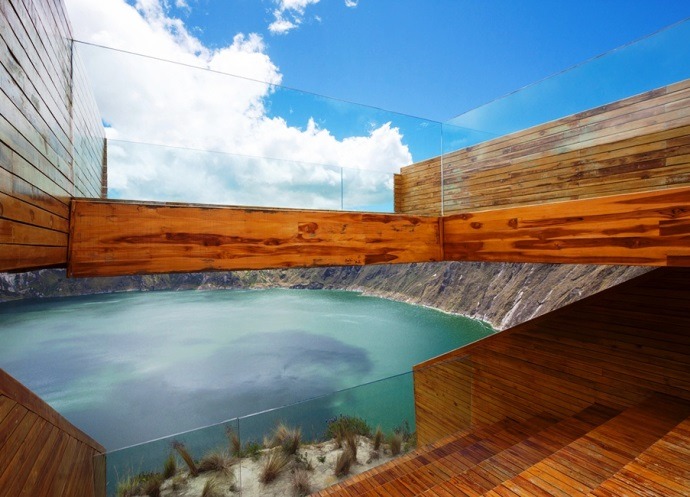 In addition, it is worth noting, and interesting facts are connected with the observation platform of Kilotao, such as the fact that this is one of the most high-altitude observation platforms in the world, and its total area is neither more nor less than six hundred square meters. So, the planned two hundred or three hundred people fit quite comfortably.

How to get to the volcano Kilotao

Although in the South America, our domestic tourists do not travel so often, but in travel agencies there are tours to Ecuador, which have an excursion to Kilotao, which is located just 170 kilometers from the capital of Ecuador in Quito. So, if you want, you will not have problems.