It has already become quite common that a significant part of the world’s tourist travels are not made by rail or by cars, namely by airplanes. At the same time, some of the modern airports have turned from an ordinary element of transport infrastructure to a real attraction of a particular city or district. In this regard, was not an exception and the airport of Princess Juliana, which is located on the Pacific island of Saint Martin of the Caribbean archipelago. 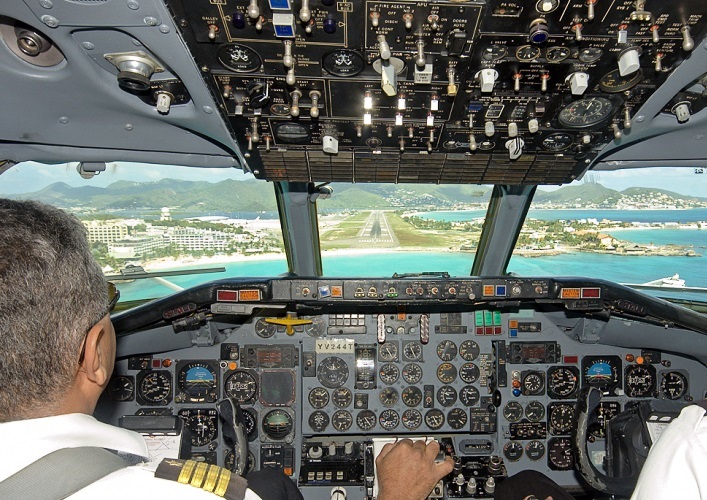 Selfie on the background of rivets or the Princess Juliana Airport

So it turned out purely technically that the international airport of Princess Juliana (Princess Juliana International Airport), which is on the island of Saint Martin of the Caribbean archipelago, has a rather short runway. That in turn leads to the fact that wide-body airliners, such as the Boeing 747, are forced to go to a landing at such a low altitude that vacationers on the beach can easily consider the rivets on the aircraft.

Although this type of holidaymakers are difficult to define as «idle vacationers» on the beach adjacent to the airport, it’s just a normal person to be ten meters from a pair of roaring turbojet engines of an airliner and not get a hearing instrument damage is very problematic. However, it is because of this sight that tourism on this island has received another round of its development. And to date, a decent number of extreme people from around the world, go exactly to Maho Beach (Maho Beach), in order to wait for the landing of the next Boeing to experience the unique sensations from the heard. 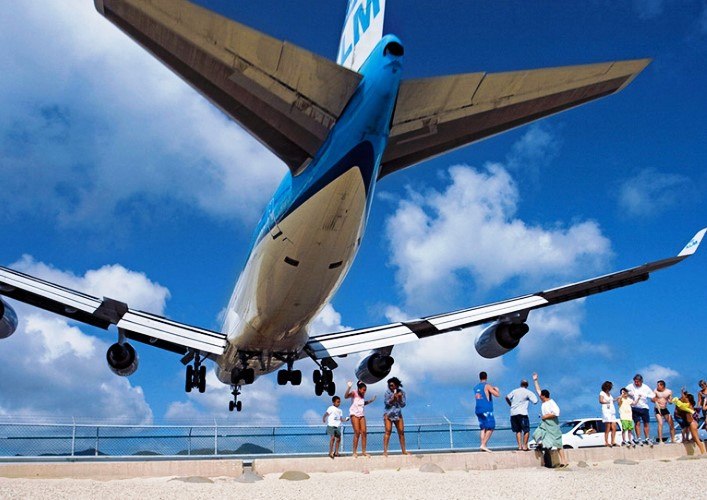 All for the benefit of tourists

It should be noted that, despite the fact that such a journey is not cheap, but from year to year, the number of people wishing to make a unique self on the background of the rivets of the aircraft’s side does not become less. And this, many contribute to the owners themselves of the numerous bars, restaurants and cafes located in the immediate vicinity of the cherished place of the airport. After all, in addition to the fact that in every bar or restaurant hangs the schedule of arrival of all airliners, and the speakers in the hall pre-notify all present about the approach of the next flight, on the monitors installed here you can watch the desired picture without much damage to your health. 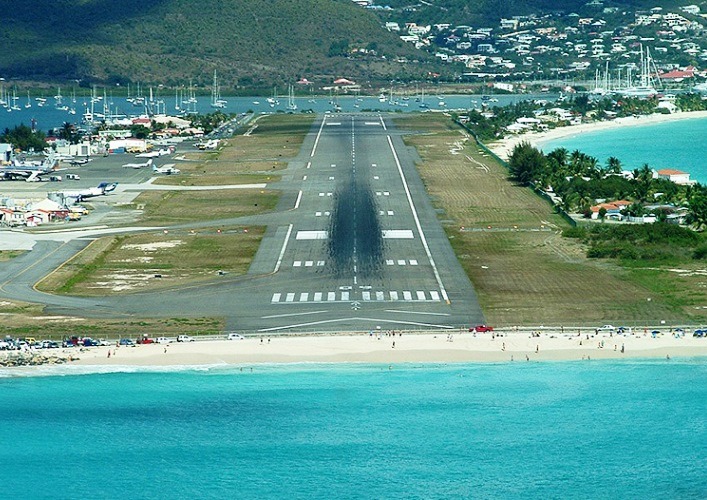 If for you the best rest in the world is visiting this part of our planet, then it’s quite easy to get to Maho Beach and the nearby airport. And for this it is enough to take an air ticket to Saint-Martin in one of the airports of Europe and delivery to the place will be guaranteed to you.