Set Travel > World EN > Interesting facts > The most interesting places in Asia: the Buddhas of Bamiyan

The most interesting places in Asia: the Buddhas of Bamiyan

On the vast expanse of the Asian continent, there are quite interesting places of Asia associated with one of the most ancient religions — Buddhism. And one of these places is the Bamyan Valley, located in Afghanistan, where unique images of this ancient deity are located.

Bamian Valley, as the most interesting places in Asia

Who knows a little about the history of the territory that Afghanistan currently occupies, that at the very beginning of the last millennium, this territory had a slightly different name and there were interesting places in Asia associated with the passage of the trade caravans of the Great Silk Road. 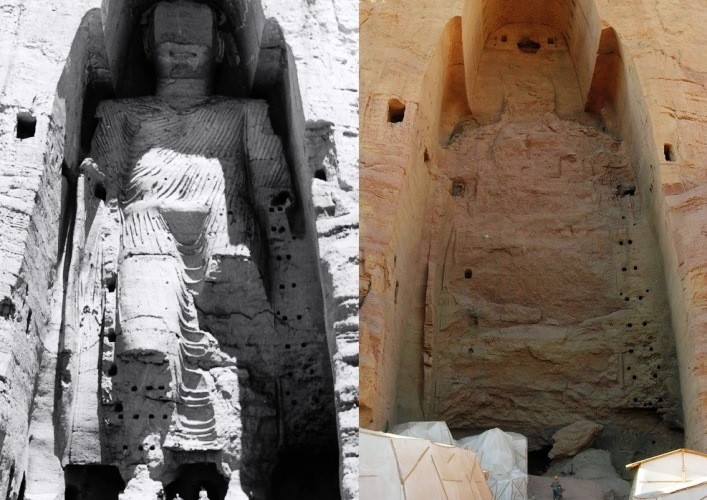 So, if we start to list interesting facts related to that period of the history of Afghanistan, then first of all it should be noted that those years the territory of modern Afghanistan was called Bactria. And the climate of this region was significantly different from what we are seeing now. Instead of a stony surface and soil cracked from lack of moisture, travelers of that time observed fertile fields sown with all sorts of crops.

And this kind of state of things attracted here not only farmers from the adjacent territories, but also Buddhist monks who already in the second century AD settled in the so-called Bamiyan valley and began to build their monastic cells there in the rocks. However, in addition to this method of propaganda of the Buddhist religious movement, the Bamyan and Buddhist monks devised a more original marketing course and, on the territory of their rock monasteries, they began to erect giant Buddha statues. 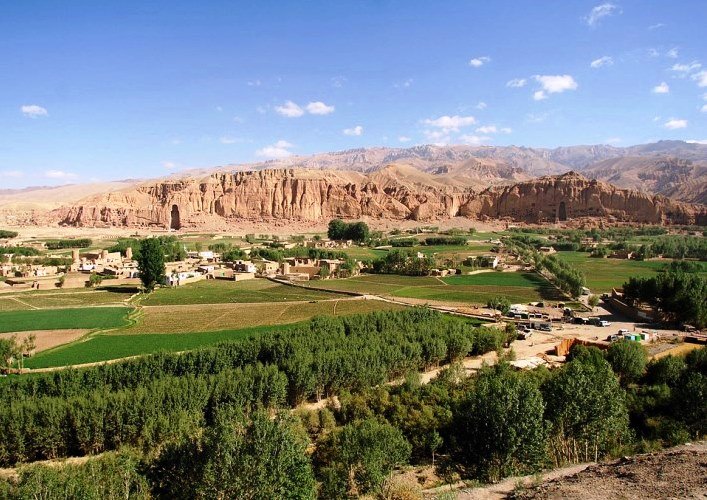 And their calculation was based on the fact that any journey along the Great Silk Road passed in the vicinity of their monasteries, and on this basis, a rare traveler, could not, not pay attention, to the towering in the middle of the valley, the majestic sculptures of their deity, . So in particular, for almost a hundred years, from 544 to 644, Buddhist monks cut down in the rocks two grandiose Buddha images, 55 and 37 meters high, respectively. At the same time, when this installation was described by the Chinese traveler Xuanzang, he noted that the bulk of the sculpture was cut down in the rock itself, while some of its smaller elements were made of clay, and the wood was richly decorated with colorful painting on the plaster.

Given that these statues, like the Bamiyan Valley itself, are located almost in the center of Afghanistan, from Kabul it is only 230 kilometers along a winding mountain road, then the best way to see the ruins of these colossi is to fly to Kabul, then go on some SUV prudently taking with him a conductor.