Beach of the Cathedral

Among the many attractions that are popular with tourists, there are a number of man-made and his creative genius, not made by hands, but by the forces of nature and her imagination. And among them are called, the so-called «Beach of the Cathedral», which is located on the north-eastern coast of Spain.

Sun, wind and water of the Atlantic: Beach of the Cathedral 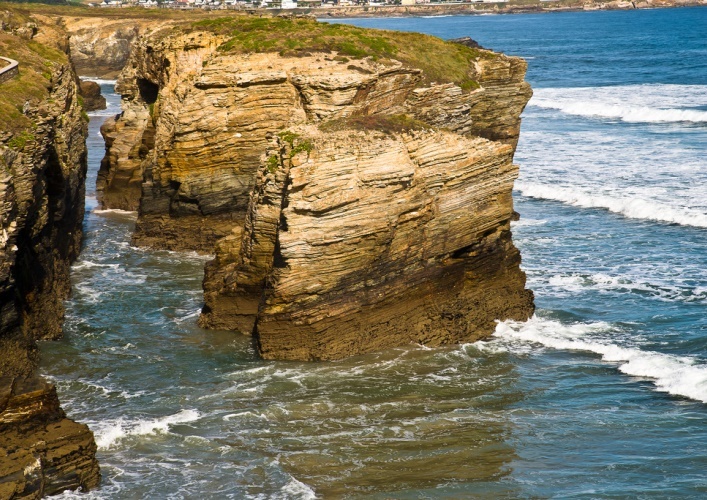 This miracle of nature, created by the forces of nature, is often compared to the work of this sculptor, after all, as in his work «Playa de Las Catedrales», was created when the sculptor cuts out excess from the rock monolith and, as a result, gets the finished A composition that affects others, both by its forms and by the created proportions.

Indeed, the compositions created by the Spanish sun, wind and Atlantic waters are strikingly similar to the Catholic cathedrals, which have their Gothic style, consisting of a number of arches, columns and tunnels. And the only thing missing in these original compositions, these are the classic frescoes depicting the saints and their sculptural sculptures. 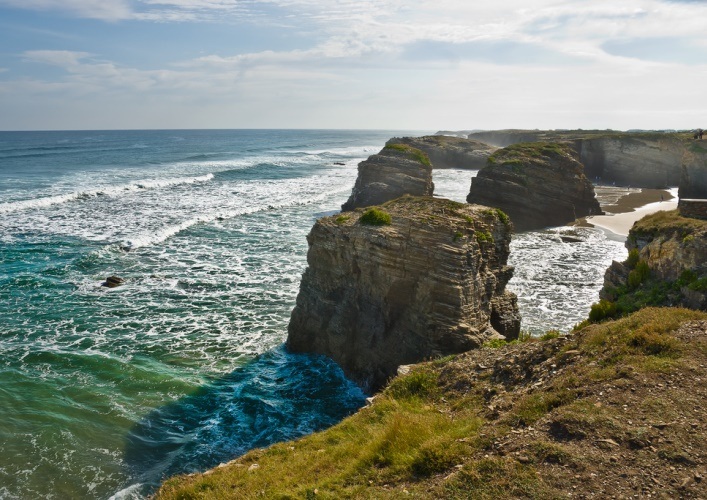 Some interesting facts from the life of the Cathedral’s Beach

From the peculiar life of this beach, located not far from the city of Ribadeo in the province of Galicia (Spain), you can name such interesting facts as the circumstance that the beach, this place near the edge of the Atlantic Ocean, can be called rather arbitrary. After all, here, the sandy shore is exposed only in short periods of low tide. And only then you can wander through the formed sandbanks. And the rest of the time the waves of the Atlantic are persistently continuing their work as a sculptor, started millions of years ago.

However, this circumstance does not interfere with the numerous tourists for whom the journey through Spain continues at the rocks of the Beach of the Cathedral, to come here to admire and make some memorable photos of this unique place of our Planet. In this case, many guides to Spain note that the views of this place can be seen in the pages of popular glossy magazines and music videos of Spanish singers. After all, the unforgettable landscape and abundance of sun create unique opportunities for professional photography.

So, as tourism and recreation in Spain is practically a concept of synonyms, then to get to the Beach of the Cathedral, everyone who came to have a rest in Spain will be quite easy. After all, the beach is located not only next to the city of Ribadeo, but also opposite such a famous Spanish resort as Figares.