«Temple of a million bottles» or Wat Lan Kuade 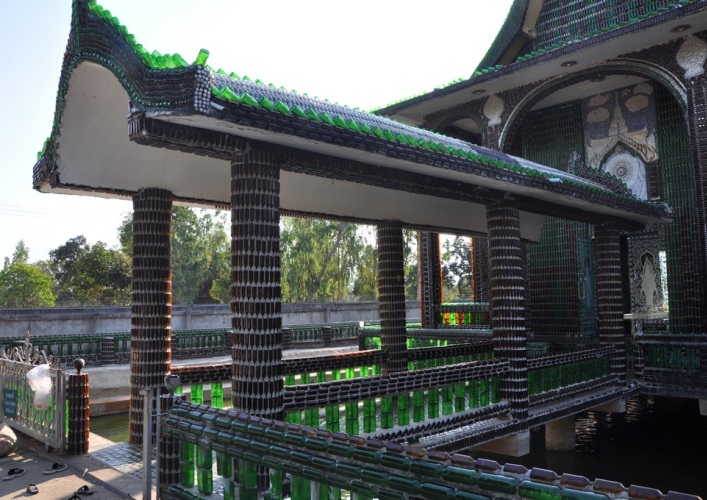 Despite the fact that the last name of this Buddhist temple is put in the headline of this text, and has some elements of sarcasm, but this has a well-defined basis. After all, just such a number of beer bottles, from under Heiniken and Thai Chang, monks used to build their temple Wat Lan Kuade.

It’s hard to say who exactly got such an idea, to create a Buddhist with an environmental focus, but it is reliably known that the monks of the temple of Wat Lan Kuade started to collect their original building material back in 1984. 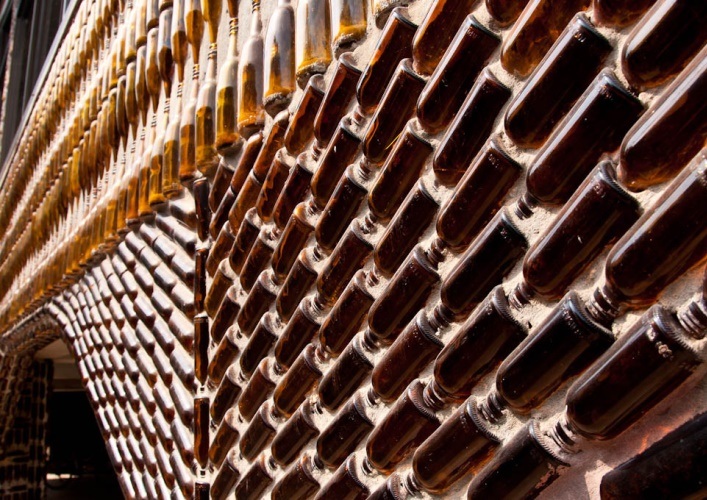 Today a record, and tomorrow the norm

At the same time it is worth noting such interesting facts from the history of the project realization that the very idea of building a temple from beer bottles was so much to their liking that at the beginning of its construction a slightly larger number was collected than was required for its erection in accordance With the developed project. So, in the end, the construction of the temple grew into the construction of a whole complex of religious buildings, which included, in addition to the temple, a crematorium, prayer rooms, a ceremonial hall, a water tower and living quarters for tourists and Buddhist worshipers themselves.

So, quite soon the Buddhist temple of the «Million Bottles» has turned from an ordinary cult structure into a category of the attractions of Asia, which, to date, is included in almost all the guides to Thailand. It should be noted that according to the data published in the media, the monks of the temple Wat Lan Kuad decided not to stop at this. After all, the collection of building material continues to this day, and the municipal authorities of the Sisaket province, where this temple complex is located, decided to give the monks the most active help and now from all local dumps, all beer bottles are taken to the territory of the temple of Wat Lan Kuade with the aim of continuing construction Complex. 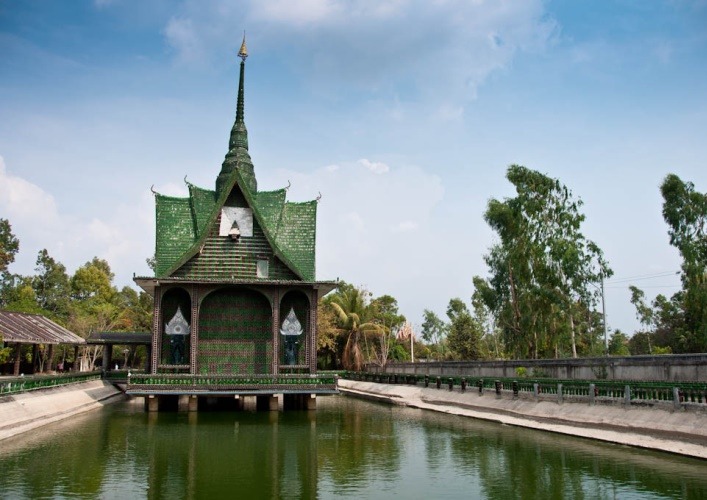 How to get to Wat Lan Kuade

Given that almost any trip through the Sisaket province passes through this temple complex, many travel agencies have included not only individual excursions to the Million Bottles temple complex in their catalogs but also how to get there. Since from Bangkok the temple has been removed for only 600 kilometers, the best variant of its visit is the air company of Air Asia, which for only $ 50 will take you almost to the very temple of the «Million bottles».