The idea of locating religious buildings on mountain peaks or other natural heights is not new, and we know many quite original examples of this. And here is another living example of such a solution to the problem of optimal approach to your deity, namely, the Savior-Ascension Monastery.

The amazing Spaso-Ascension Monastery, and interesting facts about it 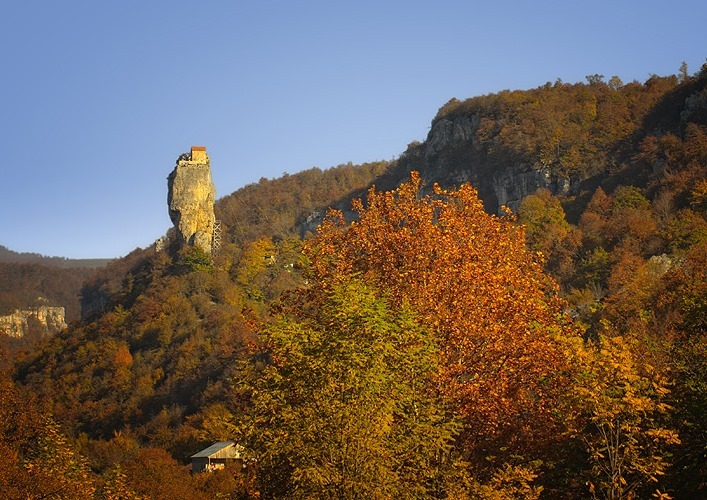 Out of that category of domestic and foreign tourists who travel to Georgia for the first time get to the suburb of the mountain village of Katzha, in the Chiatura region, in the hope of getting acquainted with the sights of such a historical object as the Savior-Ascension Monastery, it is waiting for quite a certain disappointment.

So, instead of a majestic building with domes of domes of temples, massive walls, from a rough-hewn stone, they see a rather depressing picture from a small brick building under a two-tiled roof that is located on the top of a stone column about forty meters high. At the same time, it is possible to climb to this height to this day only with the permission of the superintendent of this cult structure, who introduced himself as Father Maxim to whom ten Georgian lari will clearly not be superfluous. 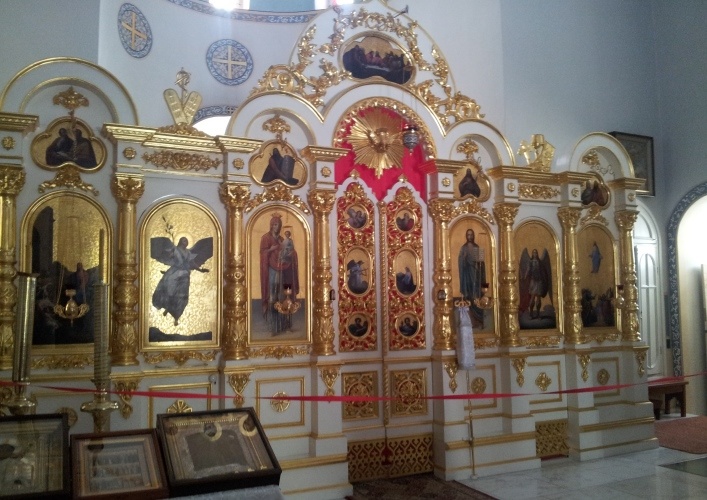 However, this kind of entourage of the Savior-Ascension Monastery does not affect the number of those for whom the journey to this ancient abode of Christianity is in recent years, something like a pilgrimage to the Promised Land located in Jerusalem at the foot of the Church of the Holy Sepulcher. But in any case, as evidenced by historical documents, it is true that at the beginning of the tenth century a small Christian church was built on top of this rock. And, despite its modest size and location, as well as many religious buildings of that time, it was essential for the strengthening of Christianity on the land of Georgia, torn apart by internecine wars and the quarrels of numerous princes and leaders of mountain tribes. 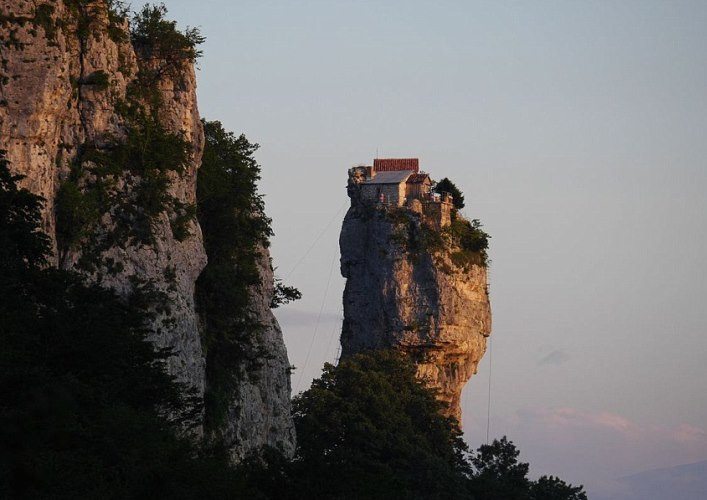 At the same time, as a confirmation of this historic significance of this church, the same father Maxim quotes such interesting facts that in the church and today the altar cross is kept, which, in the opinion of Father Maxim himself, refers to the very beginning of the XII century, when the church itself and Was completed. But, despite some negative aspects of this trip, the church in Katzha or Spaso-Ascension Monastery, as someone will be more convenient, does its noble work, namely, develops tourism of this, almost God-forgotten corner of Georgia.

We can get to the necessary mountain village of Katzha from Tbilisi, the capital of Georgia, as well as from another big city of this state of Kutaisi. And you need to go in any of the options towards Chiaturi and about 30 or 40 kilometers of the way you will get to the mountain village of Didi-Katzha, from which you can reach Katzha.