Bondi Beach is a beautiful beach in the city 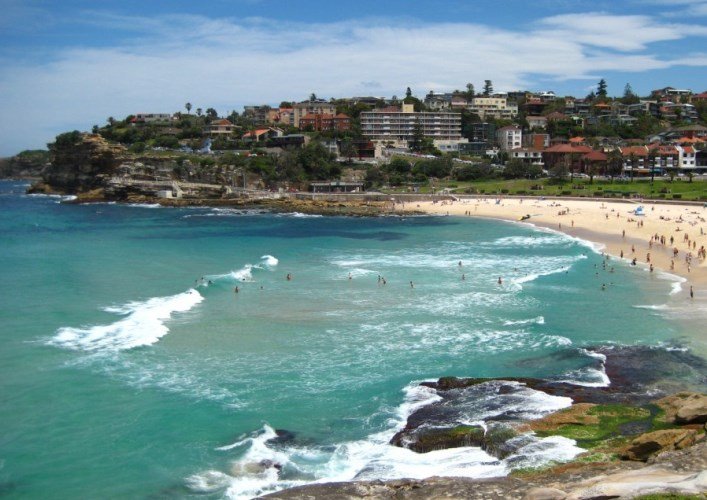 The capital of the Australian state of New South Wales Sydney was founded on the east coast of the continent. So, the beach Bondi Beach is sandy. A beautiful sandy beach in the heart of an industrial city. Tell me, hand in hand, how much do you know of clean city beaches? Does your city have a beach? And is it clean? So … And the most ordinary amateur photos shot on Bondi Beach are similar to pictures from advertising brochures on tourism. And I dare to assure you that this is not a deceptive impression. This beach is really beautiful!

Some interesting facts about the beaches of Australia. On the continent, Australia has almost eleven thousand sea beaches. And a few hundred on the adjacent islands. Only a quarter of them can be reached on roads with hard surface. There are 129 beaches in the city of Sydney. Of these, 86 are completely ecological. These are the beaches of the metropolis! Well, the resorts of Australia provide you thousands of miles of beautiful beaches!

Back to our beach Bondi Beach. As you have clearly understood this is not just sand with rare umbrellas, Bondi Beach is a whole small world where they will find useful pastime not only for fans to luxuriate in the sun and surfers, but also skateboarders, bicyclists and other recreational enthusiasts. Even connoisseurs of shopping will find themselves engaged in a host of different boutiques and bazaars on the outskirts of this wonder-beach. And curious travelers will be able to get acquainted with the exhibitions and expositions held for holidaymakers. 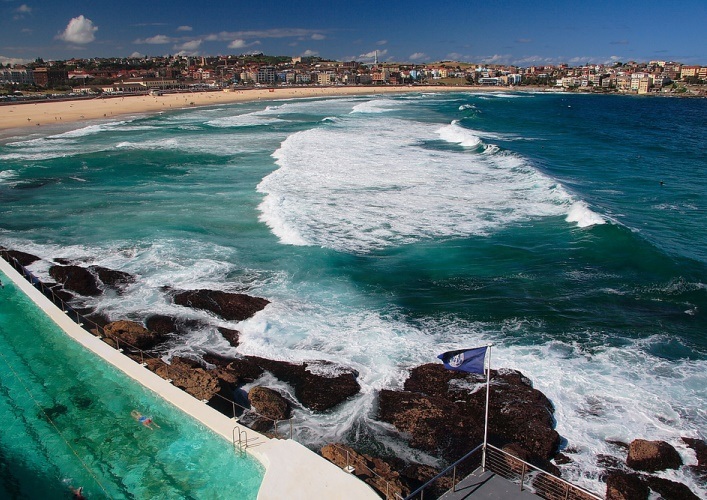 Modern Australia is ready to deliver a lot of fun and entertainment to the tourist. When the captain of the Royal Navy of Great Britain Arthur Phillip arrived at the head of the First Fleet to the shores of Australia in 1788, he could not imagine that the beautiful city of Sydney.

How to get to Bondi Beach