Each person has his own relationship to precious stones, in particular to diamonds. It is known that the «fever», whether gold or diamond to good does not. But the Diamond Career World not only significantly enriched the whole country, it has also become a local landmark. 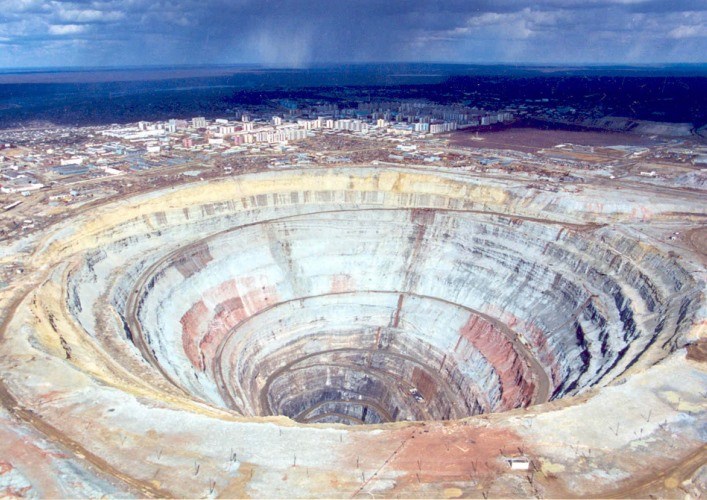 Kimberlite pipe is formed during the eruption of the volcano, at the time of passage of gases through the thickness of the earth’s crust. This is the natural description of the occurrence of the diamond deposit. To this we must add that all such tubes often resemble a funnel or a glass in shape. Exploding, the volcano raises to the surface kimberlite — rocks that contain diamonds. The Diamond Quarry The world was discovered as a result of the discovery of a kimberlite pipe in June 1955 by Soviet geologists.

To date, interesting facts indicate that the diamond quarry in Yakutia is the world’s largest man-made structure, in which ore was mined in the open way. Since 2001, the quarry has not been developed to this day, as scientists have suggested the occurrence of layers of kimberlite at a depth of about 1 kilometer. At the same time, open-pit mining is inefficient and time-consuming, for deeper development it is more economical to make an underground mine. 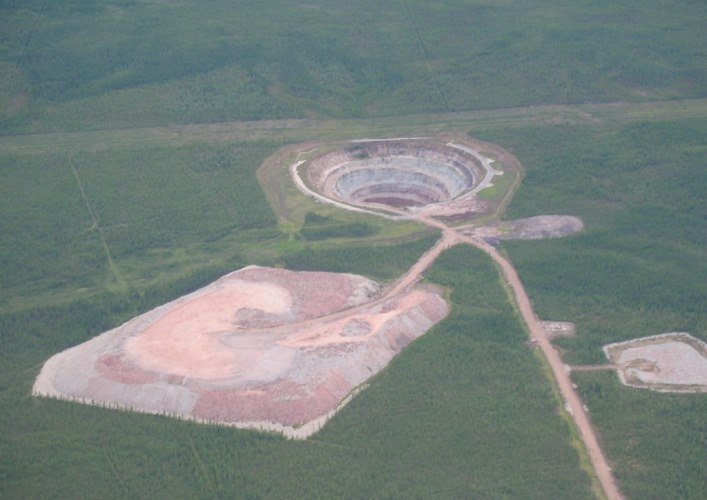 The bottom of the pit is at a level of 525 meters in depth. The diameter of this priceless development is 1200 meters. The trip to Yakutia, to the settlement of Mirny, which is located near the diamond quarry, is a real adventure for brave and hardy people, as not everyone agrees to go to the permafrost with maximum winter temperatures of -70 degrees. Nevertheless, for people looking for extreme events here in the place organized observation deck and now the grandeur of the entire structure can be observed and close.

How to get to the diamond quarry World 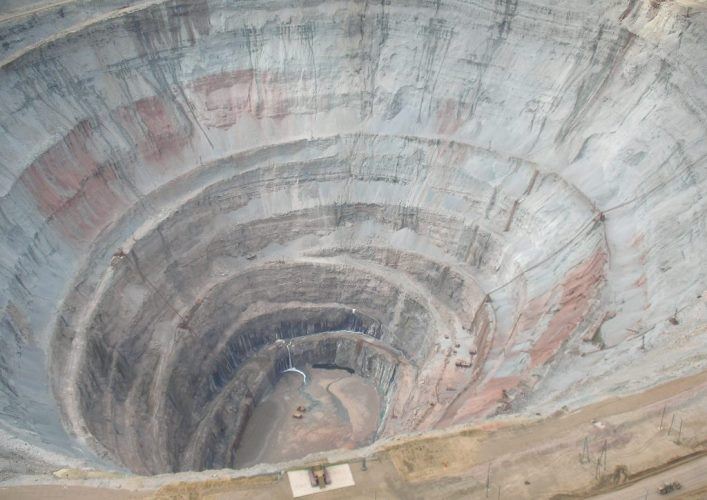 Given the fact that the city of Mirny is one of the closed cities in the country, it can be assumed that there are not many hiking trails, especially since any travel agency will offer you a faster trip to Australia than to Yakutia. Nevertheless, to look at the Diamond Career World, you should initially get to Yakutsk, and then, to the west, still fly 820 kilometers and you are in Mirny. Taxis, hotel and transfers can be booked while still on the big land.