Among a large number of hotels located in all the picturesque places of our Planet, some of them amaze their visitors not with an abundance of luxury and a variety of hotel services, but their execution. Let’s look at one of these wonders — the underwater hotel Manta Resort.

The Swedish architect Mikael Genberg has been impressing his admirers with original solutions for organizing a human dwelling for several years. And if his first work in the field of underwater housing was the underwater hotel «Gasthaus zum Otter», located on the Swedish lake Maleren, then the «Manta Resort» is already the second attempt of a talented Swede to show all the charms of living in an aquarium, inverted on the contrary and immersed in depth Up to four meters. 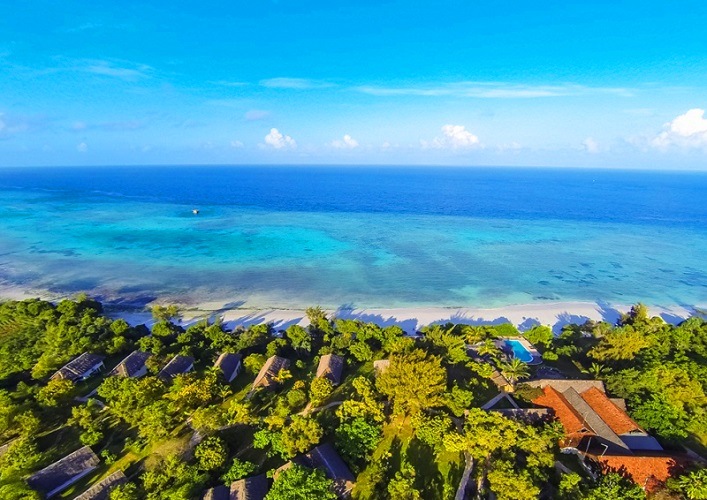 At the same time, considering that the underwater part of it is a rather cozy bedroom designed for two guests, it is quite understandable to recall one of them, who woke up at night from the strange sensation that two unblinking, curious eyes were watching him through the glass. However, maybe it was this fact that allowed The Manta Resort to enter the rating of hotels that are not quite usual …

In the Indian Ocean

However, this is not its main feature, unlike the analogue located in Sweden. The Manta Resort Hotel is not located in the quiet waters of the lake, but 300 meters from the coast of the African island of Pemba, which is in the Indian Ocean. The underwater flora and fauna of the coastal waters of the warm Indian Ocean is much richer than the underwater world of the Swedish lake. 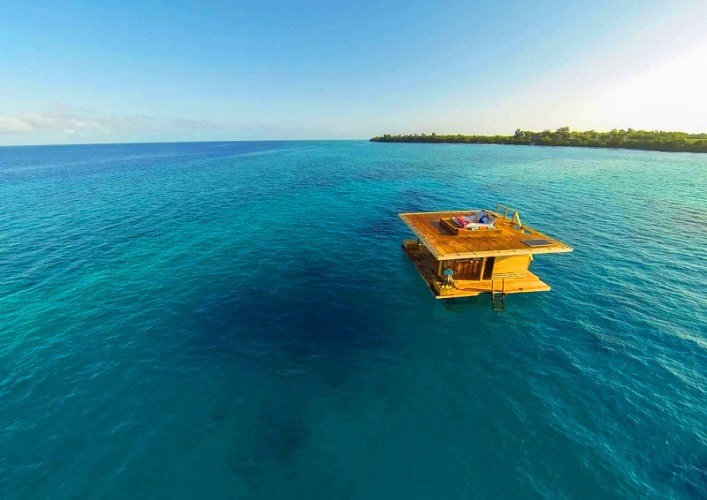 At the same time, as noted by the same not numerous guests of The Manta Resort (The Manta Resort) in their comments on social networks, quite often, the subject of close attention is the underwater number among many divers who are attracted by some details of the personal life of the inhabitants of this mini hotel.

A cozy living room, bar and a lot of impressions is also the hotel of the Manta Resort

But, the interesting places of the hotel «The Manta Resort» (The Manta Resort) are not limited to its underwater part, because it consists of three main levels, the first of which is a small but quite cozy living room with bathroom, kitchen and a roomy bar. The floor of the living room is located almost at the level of the ocean waters, so reclining in a deckchair with a glass of mahito or other exotic drink will leave the most unforgettable impressions, even without visiting the underwater part of this dwelling.