Green Village and the bamboo house of the sacred river Ayung 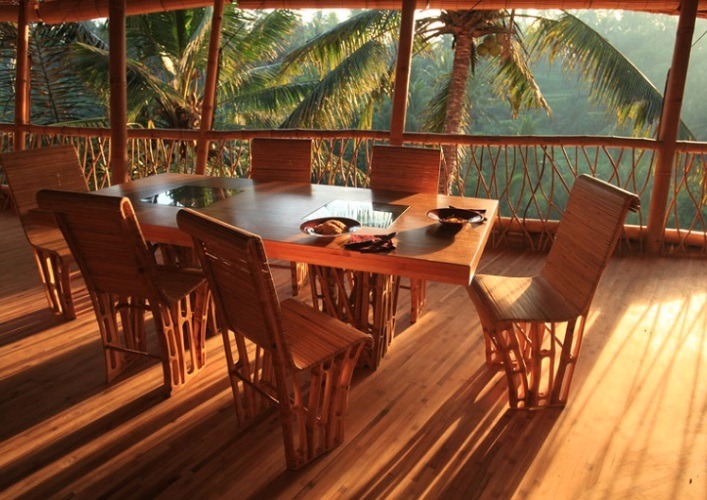 The main idea of the creation of the Green Village ecological complex several years ago was proposed by the Balinese designer Elora Hardy within the framework of the Green School ecological program as a demonstration of the possibility of a plant like bamboo to satisfy many of the needs of a person in his daily life. After all, the same bamboo house, built in the Green Village, is almost entirely made of this plant, starting from the basic elements of the house and ending with furniture and interior decoration. Moreover, as Elora Hardy herself notes, bamboo, possessing a number of advantages in relation to other construction and applied materials, is clearly underestimated to date from the same architects, furniture makers and manufacturers of other household and industrial uses. 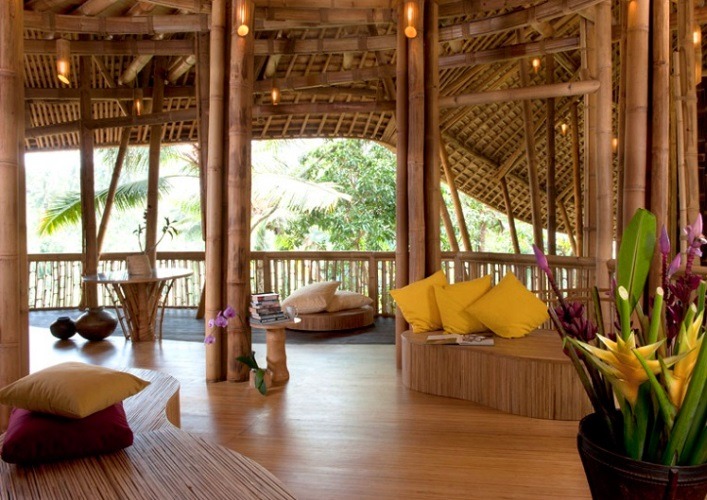 First of all it is worth noting such interesting facts related to bamboo, like that unlike most plants of the Planet, bamboo, the fastest growing plant. After all, only a few seedlings of this plant planted in the soil in just two or three years turn into full-fledged plants, which can already be used in the same construction or furniture manufacturing.

In addition, bamboo has an amazing strength, which, in some cases, can be compared with steel. However, the cost of production, the so-called «conventional» unit of steel and bamboo products, is simply not comparable. What makes bamboo economically very attractive product of the world market. And if we add to this the potentially possible volumes of obtaining this product on a world scale, then bamboo can replace a rather large number of other materials produced from the same oil, natural gas and coal. 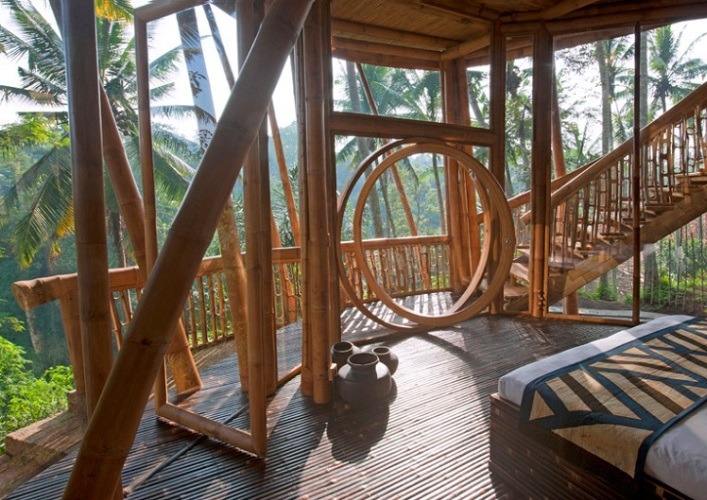 So if you are planning a trip to Bali in the near future, then do not be lazy, and visit the Green Village with its bamboo houses that is located, just a few kilometers from the town of Ubud standing on the banks of the sacred Balinese Ayung River.