It so happened that any sculpture performed by a true master of his craft eventually becomes a landmark of a particular historical place. The sculptures of Chris Brutus, a New Zealand sculptor, were no exception.

Probably, it will be rather difficult to name natural or artificial material with which the artists did not try to create their next masterpieces. After having tried all the options for using the same marble and granite, modern sculptors Chris Booth switched to small architectural forms made from used cans from under the same «Pepsi», discarded tires or scrap metal. 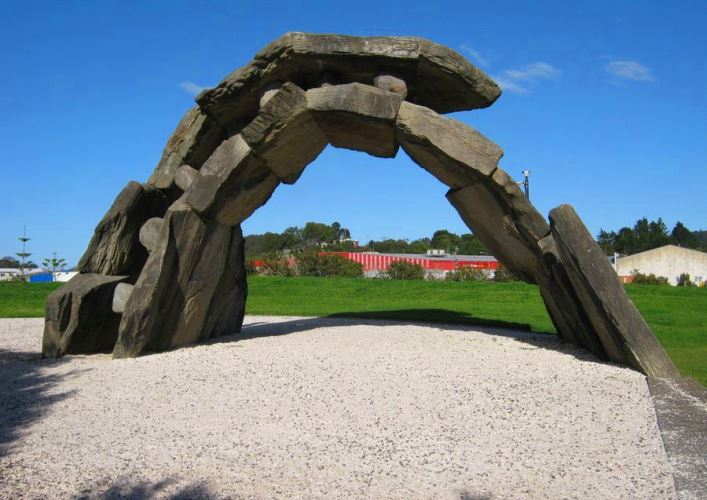 However, most likely based on the fact that New Zealand, the birthplace of Chris Brutus, does not abound with such exotic material Chris Booth decided to return to the sources of human creativity and took the same natural, unprocessed stone for the basis of his sculptures. And after working for some time as a drawing teacher at Northland College (1963-1967), he most likely planned his first works, made of unprocessed stone joined together by a steel structure.

But in order to realize their ideas Chris Booth (Chris Booth) pretty much studied with such masters as Barbara Hepworth, Denis Mitchell and John Milne (Great Britain), as well as the Italian Quinto Germandi. And only after that, the public in 1978 was able to assess his talent in such works as «The Whiringa O’Manoko» (New Zealand, Kerikeri), and the same, the installation «Gateway» (1986) that adorned one of the corners of the central Park of Auckland, now the sights of Australia and these New Zealand cities. 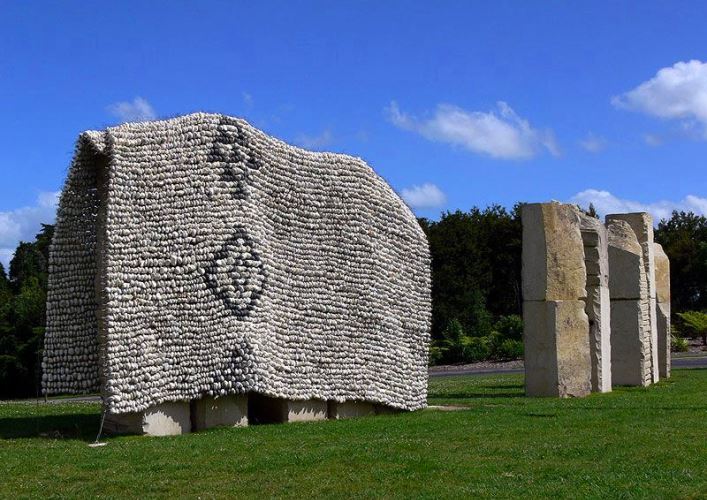 Today, for many of those who make a trip to New Zealand, it is rather difficult to imagine this country without the work of this talented artist. After all, over the years, many cities in New Zealand can boast of the works of Chris Booth (Chris Booth), located not only in private collections, but also in the most noteworthy places.

In particular, the most famous works of Chris Brutus include his work Rainbow Warrior Memorial (Memory of the Rainbow Warrior) located on the rock of the bay of Matori Bay, which is not far from Auckland. The memorial is dedicated to the heroic deed of the crew of the Greenpeace ship «Rainbow Warrior» destroyed by the French commandos in 1985 during the Greenpeace activists’ action against France’s testing of nuclear weapons on atolls near New Zealand.