Last one and a half or two decades, Singapore has become not only the largest business center of global importance, but also a tourist Mecca for tourists from all over the world. And to maintain such a status at least it is necessary to have some highlight of this plan. And such a highlight in Singapore is the island of Sentosa. 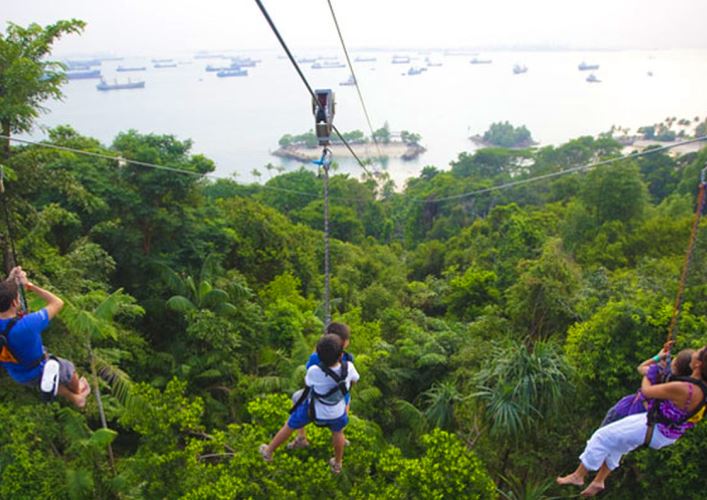 Despite the fact that a significant part of the population of Singapore is from Southeast Asia in particular from the same China, but a significant part of the geographical names and attractions of this island state have retained their colonial imprint. So, that practically in all tourist guidebooks on Singapore island Sentosa and there is «Sentosa» from English slang «around everything is quiet», although in more strict geographical literature this island is named, with more, national, Chinese roots, namely «Blakang Mothers. «

And although the «calmness and tranquility» since the appearance of the British on the island was not peculiar to its character, here the English settled their largest Fort Silos, which guarded the approaches to Singapore, but everything radically changed in the late nineties of the last century. Namely, at that time the authorities of Singapore closed the last prison on the island, and the impregnable fort and the adjacent territories were given for the creation of an entertainment center. And to date, no trip to Asia in Singapore can not do without visiting the island of Sentosa, located just five hundred meters from Singapore itself. 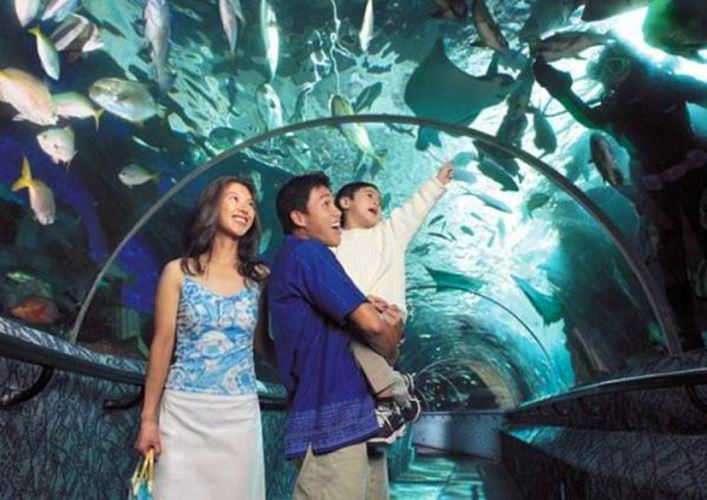 And this is not the whole list of what in one form or another can be described as interesting places of Asia on Sentosa Island. After all, most of the visitors of this island, both the inhabitants of Singapore and foreign tourists come to the island to see the same «Marine Life», which is open in 2012, as one of the most grandiose oceanariums of Southeast Asia.

Judge for yourself forty-five million liters of sea water, one hundred thousand inhabitants of this giant aquarium and the opportunity to travel on the underwater world without wearing a scuba and a protective mask, it’s just impressive. So, if, by the will of fate, you are lucky enough to visit Singapore, then do not miss the chance to visit the fairy tale that is located on Sentosa Island.