Like many parts of the Northern part of our hemisphere, Alaska has always attracted travelers who want to not only explore this region, but also enjoy the unique northern landscapes. And in this regard is not an exception ice cave, located on the glacier Mendenhall.

The history of Juneau and its ice cave

If you set a goal and travel to the places of famous gold diggers in Alaska, then most likely you will not ignore the small town located in the southeast of the state of the same name. And his name Juneau, the town received the name of the famous in these parts gold digger Joseph Juneau (Joseph Juneau), which in 1881 found in these places a fairly large deposit of noble metal. 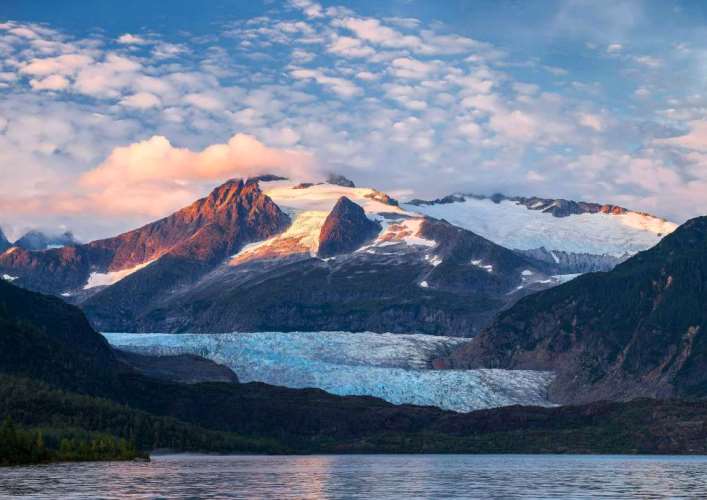 A historical feature of this city is the fact that after the transition of Alaska under the jurisdiction of the United States of America, Juneau became the first city that was already «purely» American in this region. At the same time, as the historians of Alaska’s development «Juneau» note, this is the third name that was assigned to this city for the whole history of its existence. The original Harrisburg was literally changed to Rockwell in six months, and only after the city prospectors took up the task of naming the city themselves did the city acquire its final name Juneau. However, in modern history of greater fame, Juneau was brought by an ice cave, located under the glacier Mendenhall. 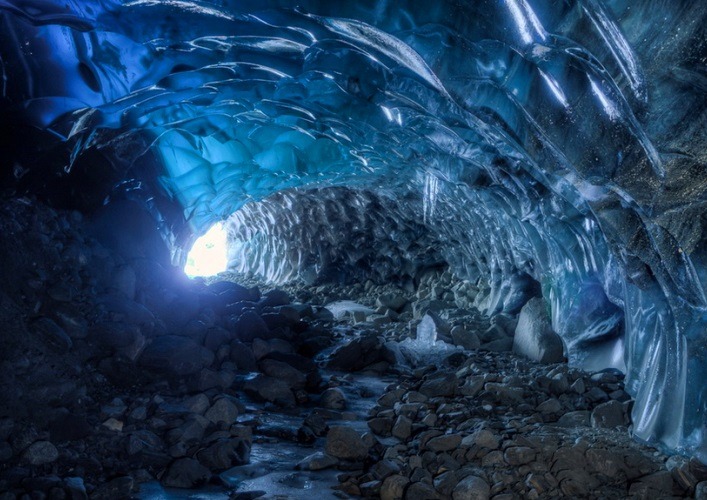 This is how the glacier Mendenhall was originally called on the topographical maps of the nineteenth century in the language of the Tlingit, the people who inhabited these territories before the Europeans came here. However, in 1891 this tradition was changed somewhat and the glacier received its final name in honor of the young English geographer Thomas Corwin Mendenhall, who not only described the icy mountain as nineteen kilometers long, but also applied it to the geographical map of the USA. And so, the first and last trip to the USA in Alaska of this lucky cartographer ended.

At the same time, he had no idea that in the thickness of the glacier he discovered there was an ice cave amazing in its beauty, which in some places reaches not one hundred meters. In this case, the most interesting places in America, this miracle of nature are located exactly where the ceiling of the cave almost reaches the surface of the glacier, thus creating an amazing illumination of its interior space.