The idea of creating miniature replicas of famous architectural structures is not new. It was first realized in 1952 in the Netherlands, when a city in miniature Madurodam was created in the suburbs of Scheveningen. And, almost in little more than fifty years, this idea was repeated in St. Petersburg, creating there a tourist center «St. Petersburg in miniature.» 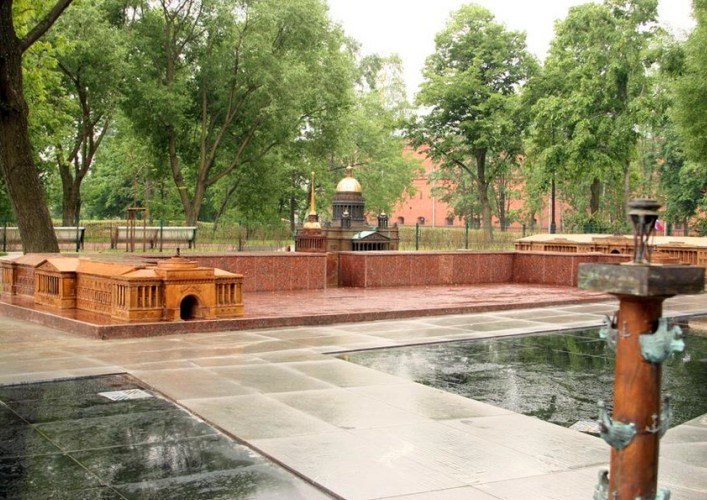 According to sources, the idea of the project to create a tourist center «St. Petersburg in miniature» in the Northern capital of the Russian Federation belongs to the St. Petersburg architect Alexander Taratynov, who worked for some time in the Netherlands to implement a similar project dedicated to the four hundredth anniversary of the birth of the great Rembrandt. And then for a voluminous installation it was decided to take the story of a rather famous picture of the great artist «Night Watch». And perhaps, thanks to the success of this project, Alexander Taratynov, and conceived to realize something like that within his native city on the Neva.

At the same time, the very idea of creating some kind of similarity to the Madurods was enthusiastically received from the then government of St. Petersburg and the city’s architects. Although, as the participants of this project themselves say, heated discussions have heated up about the location of this tourist center. But in the end, the opinion prevailed about the location of St. Petersburg’s Madurodam in the Alexander Park, as the most visited place of the city, both among the St. Petersburgers themselves and among the numerous guests of the city. 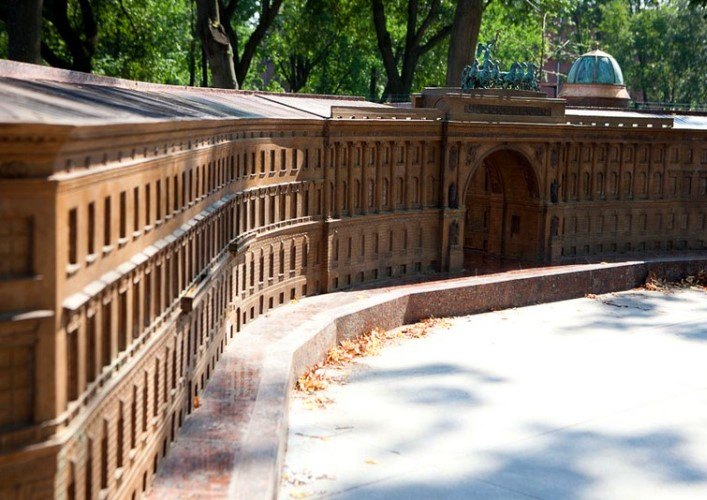 After all these creative upheavals and hard work in June, at the height of the «white nights» of 2011, miniature installations appeared in the Alexander Park, and the most interesting places in Europe in the Northern capital appeared before the first visitors of the new tourist center «St. Petersburg in miniature». And here you could see a copy of the Senate and Palace squares, the Kazan and St. Isaac’s cathedrals, the Peter and Paul Fortress and the Church of the Savior on Blood, the Engineer’s Castle and the central building of the Admiralty.

At the same time, as the St. Petersburg press notes, given the rather large popularity of this tourist center in the plans of its authors, over time, expand the list of miniatures presented on the architectural masterpieces of the Northern capital. So, over time, a journey through Russia and its cultural capital can be represented by a wider picture of the miniature masterpieces of this city.