As many guidebooks on China say when visiting this country, at least it is necessary to see the three main attractions of China, namely the Great Wall of China, the Palace of Guogun, the Park of Ikheyuan and the necessary temple of Heaven.

The peculiarity of this unique structure is not only its magnificent preservation, despite its centuries-old history, the Temple of Heaven Huцciu — this is perhaps one of the few religious buildings of the Celestial Empire, which has a round shape, unlike the traditional rectangular pagodas. And the reason for this deviation from the Buddhist canons is that the temple complex, being dedicated to Heaven, had to correspond to its form. And since, according to ancient Chinese ideas, the sky had a rounded form, the temple itself had to correspond to this idea. 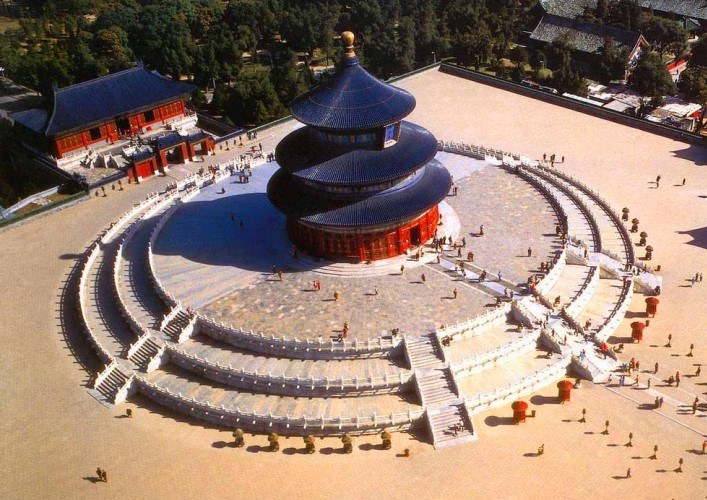 In view of and was approved by the round form of the structure, which in its final form appeared before the imperial family in 1420. It should be noted that Huanciu carried out its main function as a place of worship of the forces of nature and the sky until 1911, when the last imperial dynasty of Qing ceased to exist as crowned persons of the state.

Temple of the Son of Heaven

In addition, it is worth noting that the other Asian attractions in China relating to the religious buildings, did not have such a status of veneration, as the Temple of Heaven. After all, if other religious buildings of China had access to the numerous court emperors. Here, annual rituals dedicated to Heaven were held only in the presence of the imperial family and the monks who served in this temple. Many scholars of ancient China attribute this kind of taboo to the circumstance that, according to the established canons, the emperor of China was equated with the son of Heaven. 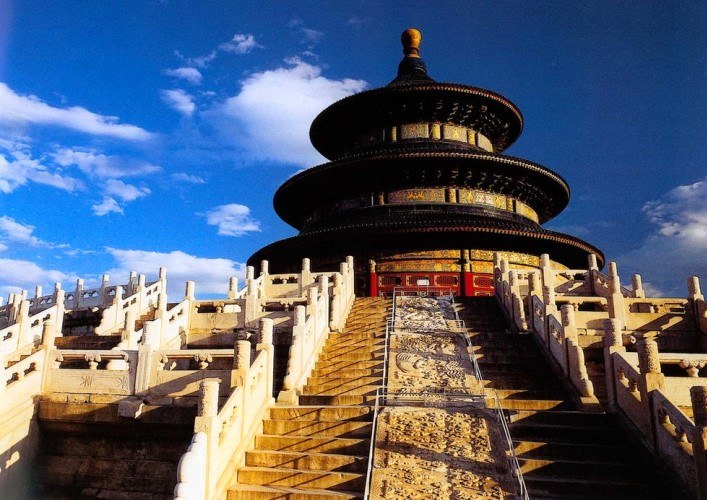 Proceeding from this, the whole territory of the Earth, which is subject to the Chinese emperor, is called only the Celestial Empire or Tianshia, if we translate the Chinese transliteration of this word. So, if your next trip takes you to China, then do not be lazy to devote a little time to stay in Beijing and visit besides the Palace of Gugun and the Forbidden City and the Temple of Heaven (Huanqiu), because they are located almost next door.