Monument to the defenders of Moscow «Jerzy»

Historically, the place where the monument to the defenders of Moscow is now located «Jerzy» is of particular importance, since it was from this place of defense of the capital, namely the former settlement, and now the city of Khimki, that was the last point of contact of the Soviet army with the leading detachments of the German fascist invaders Torn to the capital of the USSR. And it is not for nothing that one of the pedestals of this memorial complex engraved the words of the text of the Sovinformburo on December 6, 1941 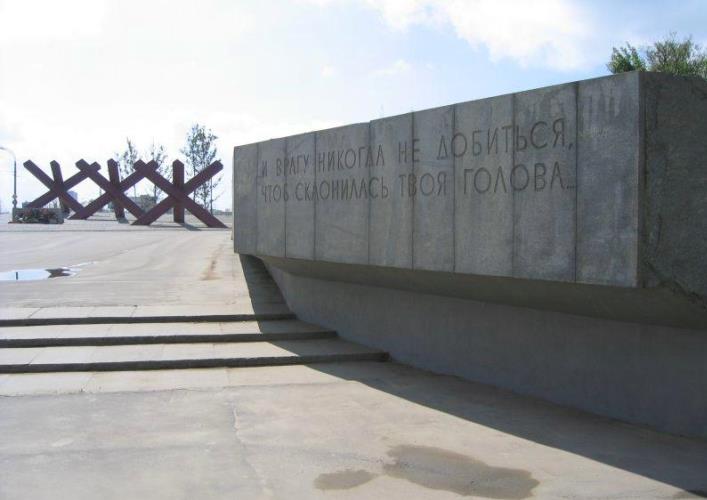 «At the last hour. The defeat of the German troops near Moscow. … On December 6, 1941, the troops of our western front, having exhausted the enemy in the previous battles, went over to a counter-offensive against his flank groups. «

And it is quite natural that from the very moment of the opening of this memorial complex it turned not only into a kind of symbol of the city of Khimki, but also rightfully acquired the status of European sights in Russia. Almost twice a year, on the day of the beginning of the offensive near Moscow and on the 9th of May, on the Victory Day, memorial events are held at Khimki Memorial, which attract much attention from both the participants of these events and the residents of the city.

Updated aesthetics of the monument

However, like many monuments erected in the era of «developed socialism» at the Khimki monument, defenders of Moscow have their own small technical flaws. In particular, due to the fact that almost all of its elements are made with the use of reinforced concrete, then under the influence of atmospheric precipitation certain elements of the monument lose their aesthetic appeal. In view of this, the monument has been repeatedly restored over the past time. So it was in 2003 and 2005. And in 2011 the Khimki monument to defenders of Moscow underwent a radical restoration and a constructive change of its individual elements. 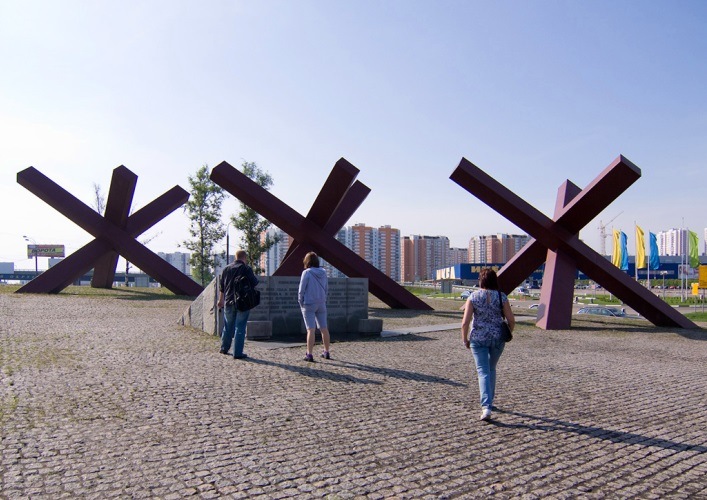 So in particular, in addition to using more resistant materials of its design, the architects were asked to supplement the memorial with 3D illumination. And now in the night sky of Khimki the memorial stele of the monument is clearly visible, and passengers traveling to the capital of the Russian Federation and staying in the evening at Sheremetyevo airport can from the height, observe the majestic light panel of the memorial.