Traveling through numerous countries, the same Western Europe, we are accustomed to the fact that almost all religious buildings are made in the classical, canonized architectural style. However, in practice there are structures of this kind, which differ significantly from their «brethren». And one of such structures is a tree-church built by Barry Cox from New Zealand. 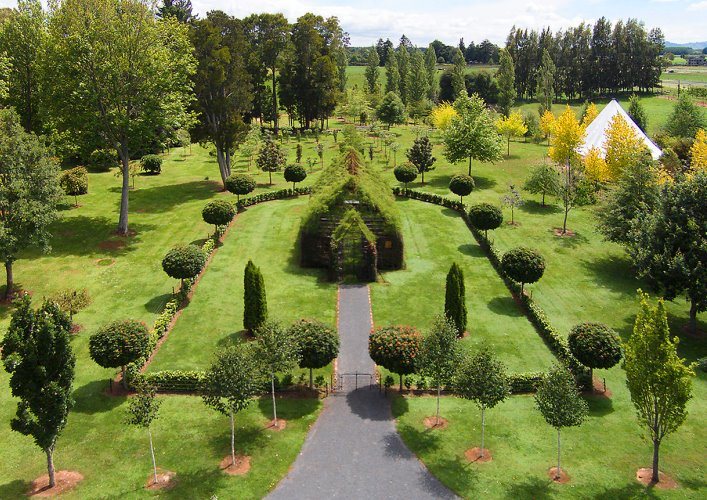 The idea to create a tree-church originated with Barry Cox at the beginning of the present century, when by the nature of his activity he traveled a lot around the country, doing tree transplantation, because Barry Cox company is engaged in just such a business. Having original technology and specialized equipment, Cox and his team have the opportunity to dig out from the soil a tree of almost any age and size and gently transplant it to a new location.

With this in mind, Barry was inspired by the idea of creating a «living» church of living plants, and for the architectural foundation he took the traditional prayer house of the Protestants of New Zealand, which in principle is an ordinary house with one large room for parishioners with a small altar and a pulpit, With which the preacher acts. 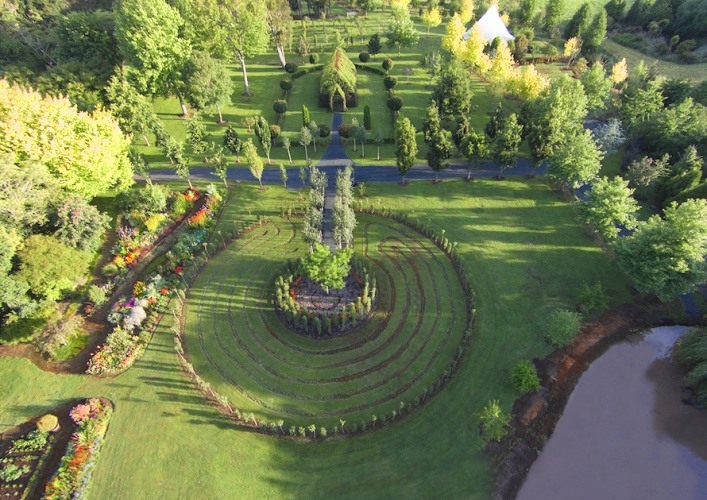 How and from what Barry Cox built his church

Purely constructive, for the technical basis of its peculiar structure, which has already acquired the status of the attractions of Australia and New Zealand, Barry Cox took a metal frame that defines the overall shape of the structure and perceives its main load. After that, Barry began planting the resulting design with a variety of species of trees and shrubs, because some, well-defined tree species have their own unique properties. So in particular, the same alder has such property of its leaves that they pass sunlight quite well. And it is the crown of alder that forms the roof of this church structure.

In addition, to create a more dense structure of the walls of this church, Barry used a special and rather rare variety of climbing roses called from specialists «Dublin Bay». Having a rather dense and shallow foliage, this rose interlaces the gap between the «wall» trees, thus creating some feel of the decorative wall. So, if, by the will of fate, you make a journey through New Zealand, then know that somewhere there is such an amazing, ever-growing building of a tree-church.