In the life of any person, everyday objects play a significant role, because without some of them today its very existence is simply inconceivable. And most likely, proceeding from this maxim, in many cities of the world began to establish monuments to all kinds of household items. So in the Canadian city of Nakawik and appeared the largest ax of the Planet.

Sights of Canada: the biggest ax 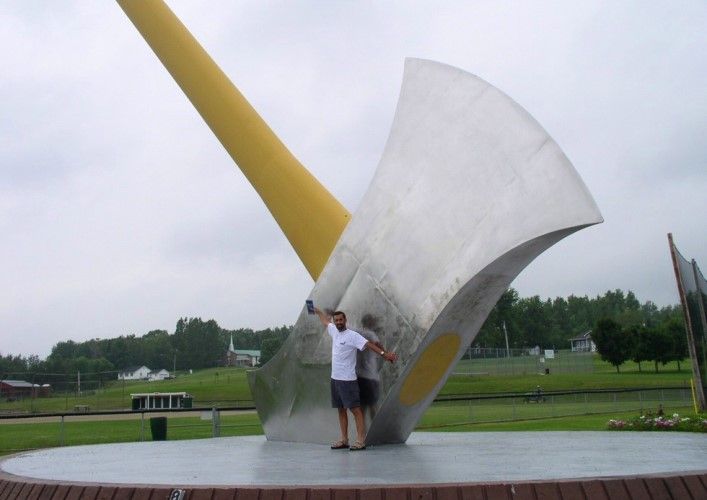 The fact that Canada in the North American continent for many years, retains the primacy in logging, is an indisputable fact. However, not so long ago, the Canadian lumbermen themselves, decided to find out which area of this forest state contributes the most to this area of the economy. And in 1991, the results were summed up, this, rather original rating and «ahead of the Planet of All» was a small town from the county of York Nakawik in the surrounding areas of which were not only the largest logging enterprises, but also timber processing factories. With this in mind, the residents of Nakavik decided to build the largest ax in the city of the Planet, which in the same year 1991 was opened in the central park of the city.

Some details of the life of the ax

It is difficult to say what the city budget cost the construction of this giant, but the fact that this peculiar monument was included in the list of «Sights of America» in Canada speaks volumes. After all, even such an indicator as fifty tons of stainless steel, which was spent on the manufacture of an ax handle, is already impressive. In addition, the seven-meter handle of the ax also refers to the unique creations of the human hands and mind. 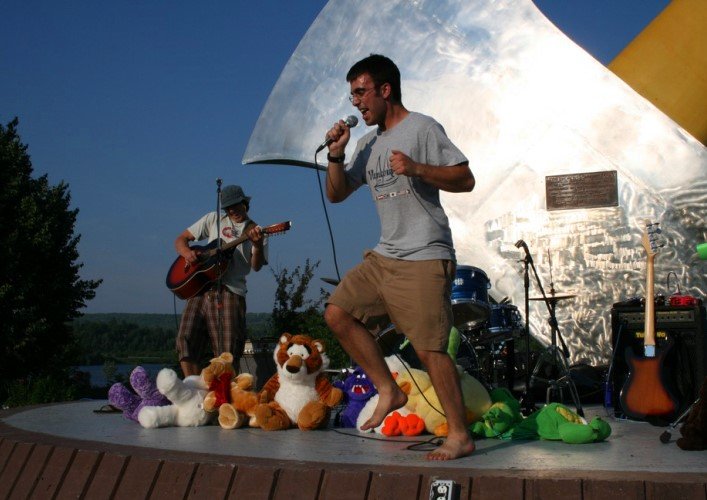 With its length of seven meters, it is, as expected, this part of the ax made of wood. However, it was not possible to find a single log of Canadian maple for its manufacture. For this reason, it is made from several glued wood bars and is covered with a special lacquer, which according to the manufacturers assures the safety of the handle of this ax for no less than eighty years.

So, that in the mayor’s office Nakavik are convinced that the biggest ax in the Planet will delight residents and visitors of the city for at least two or three generations. And if for some reason you will travel to the Canadian county of York, then do not be lazy to visit Nakavik and with your own eyes to assess the most interesting places of America in this city, namely the largest ax in the Planet.