Undoubtedly, over time, many buildings are dilapidated and in disrepair. However, some of them give life a longer life, and they continue to serve and rejoice a person for many centuries. This is the fate of the Moscow confectionery factory «Red October», in which the Red October gallery was opened several years ago. 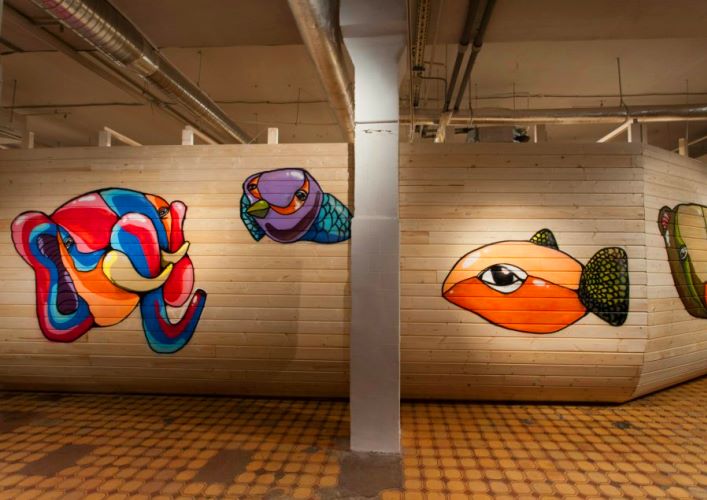 Among many native Muscovites, the red brick building located on the Bersenevskaya embankment is noteworthy not only because it housed the confectionery production of the famous «Red October» factory, but also with its impressive architectural design by the architects of Flodin and Kalmykov. And, despite the fact that it was built in the late eighteenth century, his condition deserves special attention. After all, after the main production was moved to the new buildings in Nizhnyaya Krasnoselskaya street in 2007, the building on the Bersenevskaya Embankment was thoroughly restored, and not only the prestigious offices of numerous Moscow firms were located in its premises, but not the commercial art Red October Gallery.

The idea of placing art galleries and museums in old industrial buildings is not new. The pioneers in this regard were representatives of the American company for the production of glass Corning Incorporated, which in 1951 celebrating its centenary, decided to make a kind of gift to his native city of New York, placing in one of its production workshops the Glass Museum — Corning Museum of Glass. At the same time, only opening, he quickly fell into the category «America’s most interesting places» in New York. 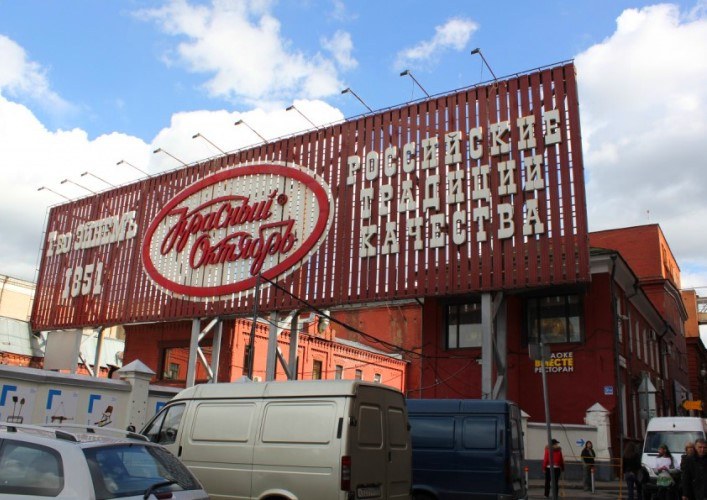 It did not escape this fate and the Red October (Red October) gallery. Indeed, despite the fact that a few years earlier, namely in 2007, the Center for Contemporary Art «Winzavod» opened in Moscow, that at the premises of the former brewery «Moscow Bavaria», the Red October gallery immediately attracted the attention of not only art critics, but also Numerous Muscovites and guests of the capital.

Expositions of works by Russian artists exhibited in the premises of the former chocolate shop of the Krasny Oktyabr factory attract many admirers of modern art with their democratic character and absence of shocking subjects. So, it’s not for nothing that the attractions of Europe in Moscow have been replenished with such an art object as the Red October gallery.